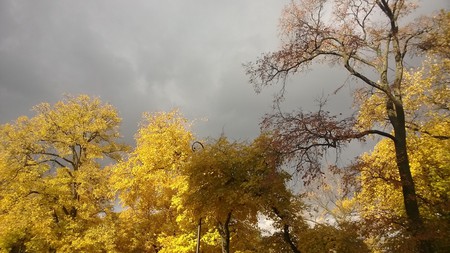 Visiting popular cities like St Petersburg definitely has its difficulties. Firstly, you’re not the only tourist there, and secondly, the city knows that tourists are going to be a fixture. Of course, when you travel, you expect to pay a little more and sometimes get caught in large crowds at popular attractions. Still, it’s best to know what you’re up against and how to mitigate these situations. Here are a few tourist traps to avoid when visiting St Petersburg.

Waiting for hours outside a very popular museum is not uncommon in St Petersburg. Museums have limited capacity and lots of people trying to get in. One way to skip the queue is to book a tour that has a specific entrance time and will guarantee you a timely entry. If paying extra is not in your budget, then the best way to get inside is to arrive later. Most tourist groups arrive early in the morning, within the first few hours of opening. Check out the opening times of museums before you go. The Hermitage and The Russian Museum, among others, have late days, when they close at 21:00. Make use of this, skipping the queues and the crowds. 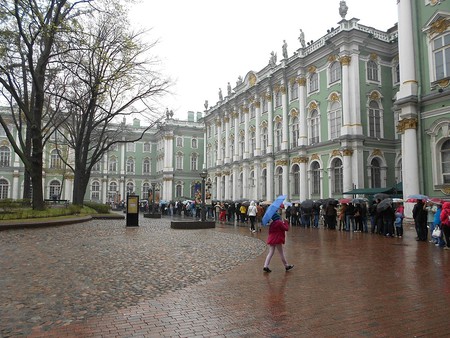 A queue outside The Hermitage Museum | © Raki_Man / Wikimedia Commons

As you walk out into the arrivals hall of Pulkovo airport, numerous drivers will enthusiastically propose taxi services. Chances are, they are actual drivers who mean no harm and just want to charge you double the normal cost. Don’t fall for them. Politely refuse and step outside where you will see an airport taxi stand. They will book you a taxi at a fixed price that will arrive shortly. If you do not have any roubles on you yet, check whether the taxi will accept credit cards to avoid any misunderstandings later.

Same as the airport taxis, black cabs will get you there, but expect to be overcharged. Black cabs usually come out at night when there aren’t many cars on the road. The best way to avoid having to negotiate a price is by ordering a cab in advance. If you are leaving a hotel, a restaurant or a bar, there will likely be staff willing to help call a taxi or arrange for a car. If that is unavailable and you are stuck with no other options, be careful when negotiating cab fare. Make sure the price is absolutely clear, maybe even write it down so that there is no disagreement in the end. 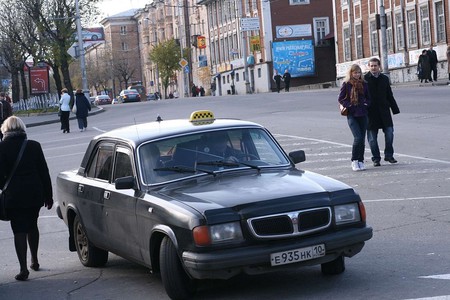 In major tourists spots, such as Palace Square or St Isaac’s Cathedral, you’ll often see actors walking around in eighteenth century clothing dressed as Catherine the Great or Peter the Great. They are often very friendly and will speak some basic English. Soon after making eye contact, they will offer to take pictures with you, hoping you won’t ask about the price. If you feel you need this picture in your life, do ask about the price first so as to not be disappointed later. The same applies to pictures with animals, which is also a very popular tourist activity in Russia.

The Eliseev Merchant’s Shop is a recently renovated department store that attracts tourists with its unique decor and specialty gastronomy. Now, it’s not necessary to avoid this place altogether, and it is definitely worth wandering into as the interior is very beautiful. There are also some fun souvenirs to bring home like chocolates, desserts and more. They are all beautifully packed and great for presents, but beware that the markup here is quite high. Some items, such as caviar, vodka and cheeses can be bought for much better prices at ordinary supermarkets. The only difference will be the packaging. 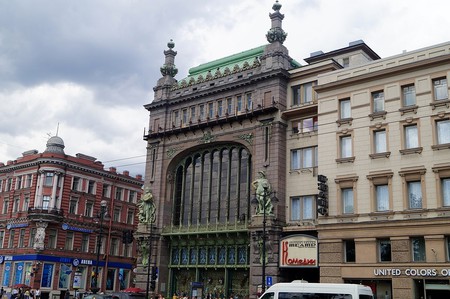 In Russia, Starbucks is basically synonymous with overpriced coffee. In fact, Russia’s Starbucks have been named the most expensive in the world. Yet it is never empty of tourists and locals alike willing to pay the price. If Starbucks is not a life necessity, it is best to try some of the local coffee shops. St Petersburg has a very active coffee culture. You won’t be disappointed and will likely pay four times less.

Buying souvenirs at a market may seem like a fun idea if you’re willing to do some haggling. Ideally, try not to buy too much at street markets. There is no price or quality control there. Moreover, if other vendors see you buying something, they may become aggressive and try to force more on you. Have a browse, see if you like something, but it’s best not to buy anything too expensive right off the street. 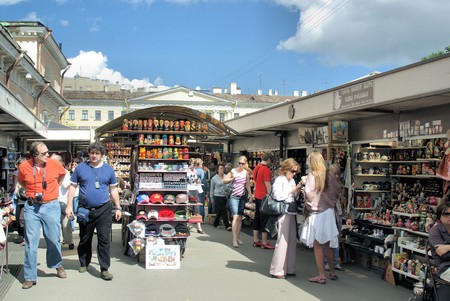 Upon queuing up for entry to a museum, be it the Hermitage or Catherine’s Palace in Pushkin, you’ll likely be approached by locals that call themselves ‘licensed guides’ offering tours in all sorts of languages. There is no need to be angry at these people. They may well be real licensed guides, struggling to find a job. Yet in a busy city like St Petersburg, it’s a little odd that they haven’t been employed by any of the numerous companies operating in the city. Be wary of their prices and of the quality of service.

When coming to St Petersburg in the summer, seeing the drawbridges at night is an absolute must. Many locals and visitors gather ’round Palace Bridge, one of the most popular locations, to watch the bridges go up over the Neva River. Something that many people forget to consider is what happens next: all the bridges are drawn and the subway is closed. Make sure you are on the right side of the river, otherwise getting home will be a costly affair, as the taxi will have to go all the way around the city. Plus, not many taxi services are available at that late hour.

Street vendors usually strategically place themselves in areas where there aren’t supermarkets nearby but there are plenty of thirsty tourists. They sell water, drinks, ice-cream or other snacks that may be appealing to a hungry tourist. The prices will be higher than at a typical supermarket. If you’re not ready to pay more, buy food and drinks in advance so as not to get stuck later.

Travelling in Russia is generally very safe. Large cities like St Petersburg are especially safe for travellers both during the day and at night. One issue to be aware of though are pickpockets. Since tourists in the city are usually all in the same popular location in the centre, pickpockets know well who to target. They even get inside museums, so always keep your belongings safe. Make sure to keep your passport in a safe place on your person away from other valuables. That way, in case the worst happens, you will at least have your travel documents with you. 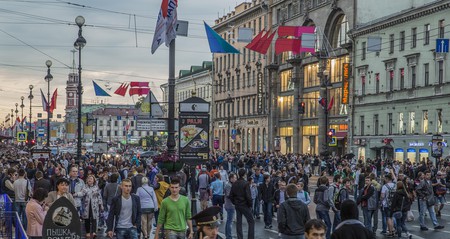