10 Things You Didn't Know About The Kremlin 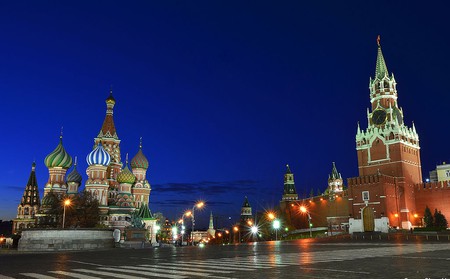 Russia’s oldest fortress and most symbolic attraction, the Kremlin is big enough to keep you busy for days. From disappearing eagles to record breaking bells and canons, we have put together a list of 10 fascinating facts about the Kremlin. You will be the pride of your tour group.

The Kremlin is the largest fortress in Europe

Not only it’s the largest medieval fortress in Russia, it’s also the biggest active fortress in the whole of Europe. Sure, there has been bigger constructions of this kind, but the Kremlin is the only one that’s still being used.

The Kremlin walls used to be white

The Kremlin walls got their red brick look late in the 19th century, until then the walls had been painted white to preserve the bricks. To see the White Kremlin, look for works by the 18th- or 19th-century painters, like Pyotr Vereshchagin or Alexei Savrasov.

The Kremlin used to be white | © Wikimedia Commons

Red Square has nothing to do with the color red

The name comes from the Old Russian word “krasnyi”, meaning beautiful, and is in no way related to the color of buildings, which, as we now know, used to be white until late in the 19th century.

The Kremlin stars used to be eagles

In the days of Tsarist Russia, the four Kremlin towers were topped with two-headed eagles, which had been a Russian coat of arms since the 15th century. In 1935 the Soviet government replaced the eagles, which were melted down and replaced by the five-pointed stars we see today. The fifth star on the Vodovzvodnaya Tower was added later. 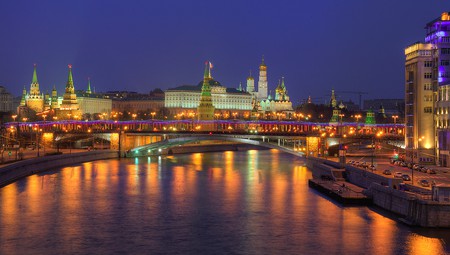 Kremlin from the river | © Pavel Kazachkov/Flickr

The Kremlin towers have names

Of the 20 Kremlin towers only two don’t have proper names, they are called “the first unnamed” and “the second unnamed”. The tallest one is the 80 meter (262 ft) high Troitskaya tower, while the most recognizable is Spasskaya, aka the Kremlin Clock tower.

The Kremlin is densely built up

Behind the 2235 meter-long (7,332ft) Kremlin walls there are 5 squares and 18 buildings, with Spasskaya Tower, Ivan the Great Bell Tower, Dormition Cathedral, Troitskaya Tower and the Terem Palace being the most popular. 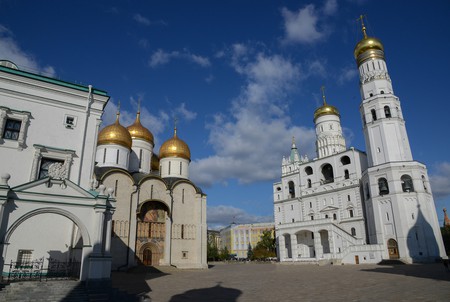 During WWII the Kremlin was elaborately camouflaged to look like a residential building block. The church domes and famous green towers were painted grey and brown respectively, fake doors and windows were painted on the Kremlin walls, and the Red Square was encumbered with wooden constructions. It didn’t suffer much damage, even though Moscow was heavily bombarded in 1941-42.

The Kremlin is in the Guinness Book of Records 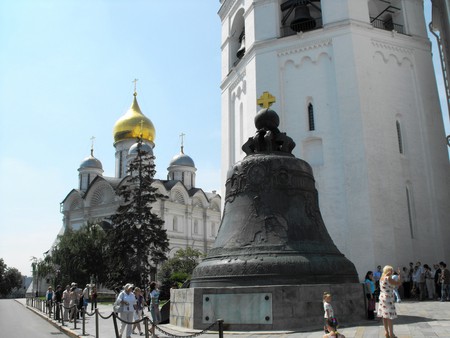 In their 80 year existence, the illumination of the Kremlin stars has only been turned off only twice First during WWII, when the Kremlin was camouflaged to hide it from bomber aircraft. The second time, they were turned off for a movie. Oscar-winning director Nikita Mikhalkov was shooting a scene for the Barber of Siberia, which is set in pre-revolution Russia.

The Kremlin Clock has a deep secret

The secret of the Kremlin Clock’s accuracy literally lies beneath our feet. The clock is connected to the control clock in Sternberg Astronomical Institute via cable. 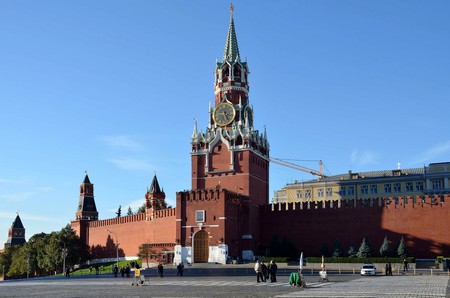 Spasskaya tower | © ruscow/Flickr
Give us feedback