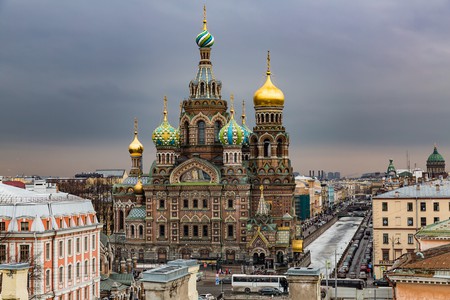 Church of the Saviour of Spilled Blood | © ninara / Flickr

Spanning a history of just over 300 years, St Petersburg has been the backdrop to many historic events over the centuries. As the capital of Russia‘s Empire, it was to home to some of the brightest minds, and went on to survive wars and revolutions. Here are the top 10 moments that have made the city what it is today.

The foundation of St Petersburg – 1703

When Russia was engaged in the Northern War with Sweden, the tsar at the time, Peter the Great, decided to build a city on the banks of the Gulf of Finland. The future city would serve as a port and become a ‘window into Europe’, serving as a point of trade with other countries as well as becoming a naval base. In the founding years, the first buildings of the city were built, namely the Cabin of Peter the Great – a very modest abode for the ruler of a vast country. 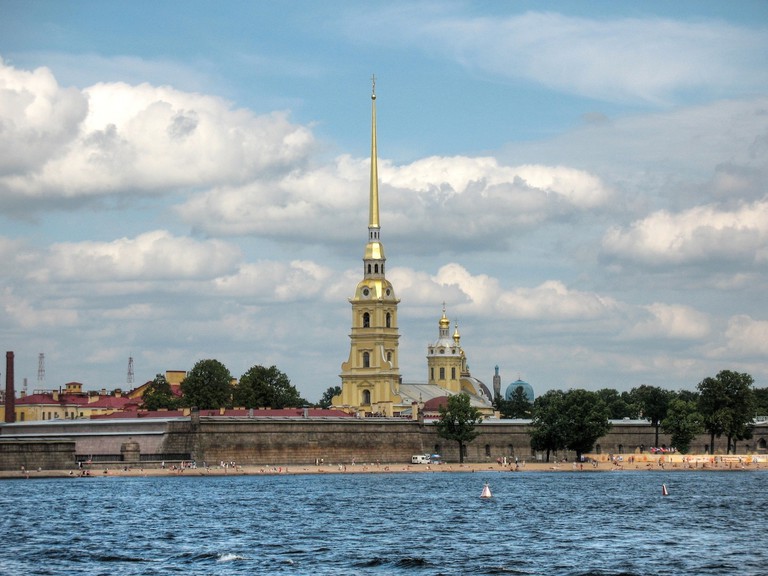 In a matter of years after its founding day, Peter the Great proclaimed St Petersburg the new capital of the Russian Empire. After being pronounced capital, the city flourished. From his travels in Europe, the Tsar came back with innovative ideas that would be soon implemented, at times forcefully. An immigration of intelligentsia and nobility populated the capital, making St Petersburg a modern and fashionable city.

The foundation of the Institute for Noble Maidens – 1764

St Petersburg had always boasted being a progressive city, open to new ideas and forward thinking. Under the reign of Catherine the Great, the idea of equal education for both sexes was first proposed. Soon after the Smolny Institute became the home of Institute for Noble Maids, becoming the first female-only education institution in St Petersburg. The Institute was a boarding school and allowed for girls of noble birth to receive an education unaffected by outside ideas or influences. 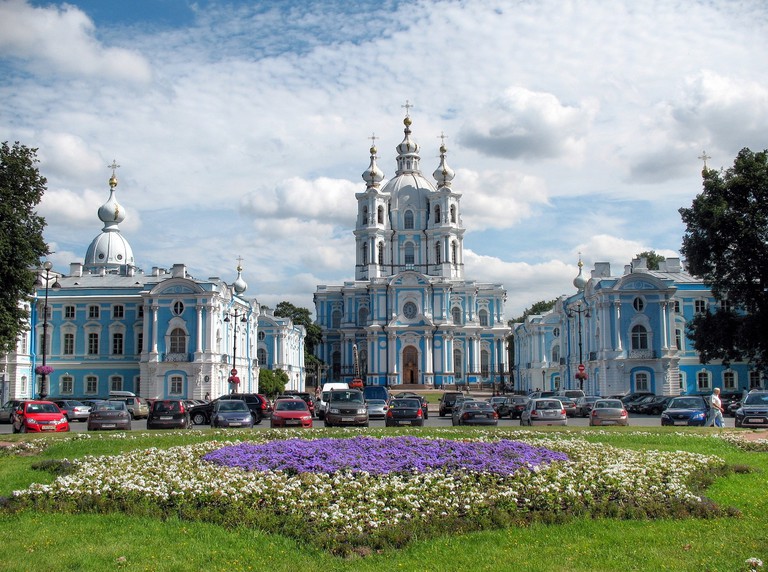 December 1825 witnessed one of the most memorable revolts in Russia’s history. Army officers and 3,000 soldiers of the Imperial Russian Army marched onto Senate Square, right next to the Bronze Horseman, to protest against the ascent to the throne of Nicholas I. They were demanding the abolishment of absolute monarchy and the freedom of all serfs, who were in practice slaves of their owners. As a result the leaders of the revolt were arrested and sent to Siberia as punishment.

The unveiling of the Alexander Column – 1834

The Alexander Column still stands today on the Palace Square in front of the Winter Palace. The column commemorates the victory of Russian the war with Napoleon in 1812. The war is also known as the Great Patriotic War in history, as a partisan movement was formed. Serfs armed with farming equipment, marching in the winter against a professional army of soldiers, leading to the expulsion of French troops from the territory of Russia. The monument serves as a reminder of the bravery of the people, and the wise leadership of Russian army generals. 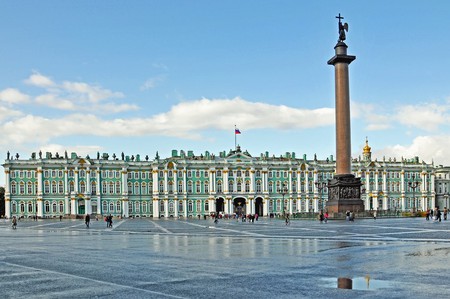 The assassination of Alexander II – 1881

The Tsar Alexander II was considered to be liberal-minded. The Emperor of Russia took the bold move of abolishing serfdom in the country, freeing land serfs from their masters’ ownership. There were several attempts on his life, and the one in 1881 was successful. Attacked by the terrorist organisation ‘People’s Will’, the tsar’s carriage was bombed and the tsar himself fatally wounded. A church has been erected on the place of his murder, the Church of the Saviour of Spilled Blood, to commemorate the life of an exceptional ruler, whose time was unexpectedly short.

At the turn of the century, Russia faced a challenging time. The popularity of the monarchy was fading and workers were flooding into cities looking for employment. The general discontent grew stronger and later manifested in a workers’ demonstration marching towards the Winter Palace (the modern-day Hermitage Museum) to present the tsar with a petition. The reaction of the government to the peaceful march was unpredictable. The guards opened fire on the crowd, bringing the death toll up to 4,000 people, according to some sources. Naturally the incident caused an outrage from the public and further diminished the popularity of the government. 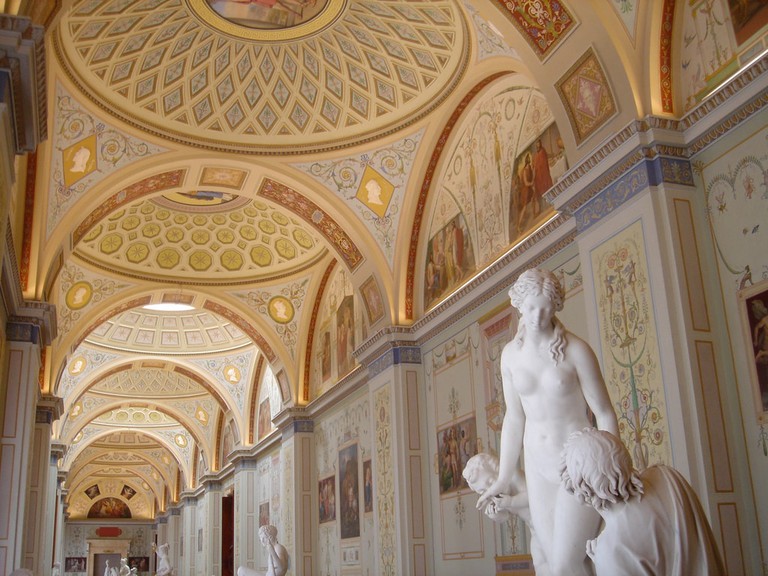 By 1917 a revolution was inevitable. The growing dissatisfaction of the government left the Tsar and his family with few supporters. In March 1917, a protest against food rationing erupted on the streets of the capital. The government ordered the Russian Army to calm the protesters, but instead they joined the marching crowds. This disobedience strengthened the spirit of the protesters. Within days after the protests, the monarch, Nicholas II, abdicated, leaving the country with no ruler and leading to the end of the Russian Empire.

After Germany broke of the promises of non-violence with the Soviet Union, war was declared between the two countries. Capturing Leningrad (the renamed St Petersburg) was one of the goals of German attacks. By 1941 the last road of the city was cut off starting a 900-day long siege of the city. Leningrad stood strong through the most difficult time and stood together, contributing to the war cause. The city suffered terribly losses and many casualties of bombings and hunger. Even today, every family in St Petersburg has a story to share about the Siege and remembers the sacrifice of our predecessors. 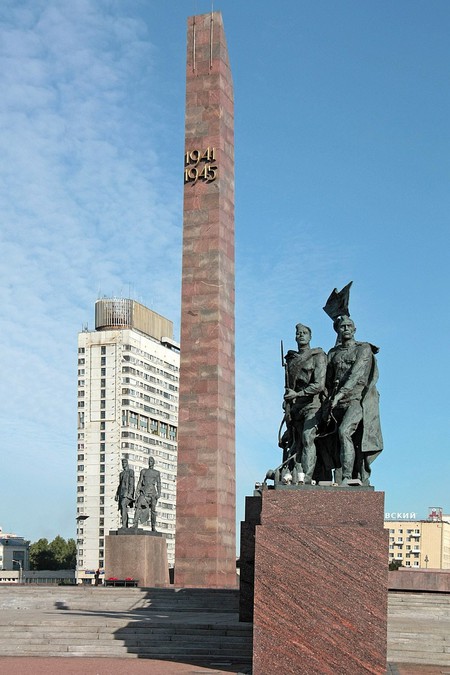 Monument to the Heroic Defenders of Leningrad | © Wikimedia Commons

In 1991 Leningrad and the whole of Russia took once again another transition into a new political regime. Leading to the fall of the Soviet Union, the then-president Mikhail Gorbachev resigned. At the end of the year the ‘hammer and sickle’ flag was replaced by the Russian tricolour on the Kremlin. Marking these changes, Leningrad was renamed back to its original name of St Petersburg and the first mayor of the city was elected.