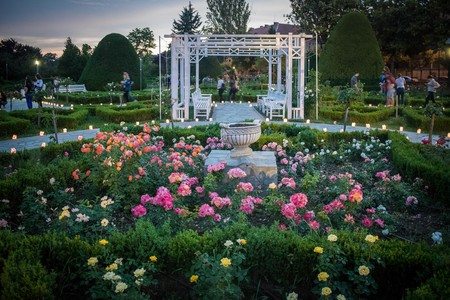 The hidden gem of Timișoara, the European Capital of Culture in 2021, is the Roses Park—a peaceful, charming and serene oasis in the heart of the city—which is responsible for giving Timișoara its nickname of “City of Roses”. At the time it was built, it was the biggest rosarium in Southeastern Europe and though many of its flower species are now gone, the garden still exudes an ethereal beauty that reaches its peak when the flowers are in full bloom.

The captivating architecture of the rose garden

Timișoara has no shortage of green areas, but what sets the Roses Park aside from others is exactly what its name implies—the vast collection of roses that beautifully decorate the park. Strolling along the twisting alleys, taking in the fragrance of the flowers and admiring the intriguing architectural structures, which are made of wooden ornamental canopies and hanging roses, provides a feast for all the senses. 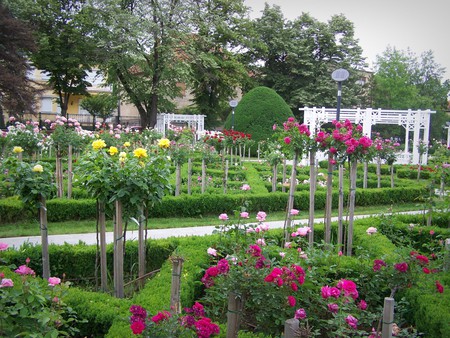 It was built by Timișoara’s acclaimed family of florists

The two statues at the entrance of the park tell visitors about its glorious history. The Mühle family, known as the one that gave Timișoara the reputation of the “City of Roses”, was greatly involved in the creation of the park.

The family’s story started with Wilhelm Mühle, who became an apprentice for Timișoara’s most renowned florist, Niemetz, in the late 1800s. He married Niemetz’s daughter and slowly began to take charge of the family business.

Mühle developed many of his own species of roses, the most famous one being Madame Josephine—a rose with golden petals and white spots, named after his beloved wife. Over time, he became known throughout the Austro-Hungarian Empire as one of the best gardeners of his time. The flowers he planted were exported all over the continent and at one point, he was chosen as the official provider of flowers for the Royal House of the Habsburg Empire.

One of his biggest projects was the decoration of the Royal Garden of Roses, which occupied a surface of over nine hectares, including the actual area of the current Roses Park. The garden was inaugurated in 1891 as the city hosted an important commercial and industrial exhibition. The florist donated approximately 300 species of roses and all attendees, including the guest of honor, Emperor Franz Joseph, were said to have been impressed by the beautiful display. 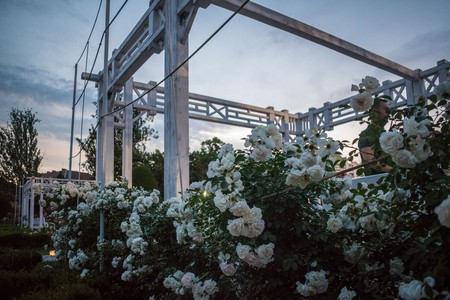 The Royal Garden of Roses soon became one of the most high-end places in Timișoara, where elite members of society gathered to spend their time.

However, the garden was destroyed during World War I and it was planned that a new park should take its place. Though Wilhelm had died in 1908, the legacy of the family business was continued by his son, Arpad Mühle. Arpad was put in charge of the project and his life-long dream of building a park worthy of Timișoara’s label as the “City of Roses” finally became true.

Together with the architect Demetrovici and with the support of the administrator’s British wife, Arpad built the biggest rosarium in Southeastern Europe at that time. At the moment of its inauguration in 1934, the park occupied a surface of a little over 2.5 hectares. It had 1,200 different species of roses, each one accompanied by a small wooden plate with its label and the name of its donor. The park’s fame is due in part to the ladies of the high society, who used their influence and wealth to buy some of the rarest and newest species of roses available, which they then donated to the park.

After the park was tragically destroyed once again during World War II, it was rebuilt between the years of 1954 and 1955, this time under the influence of the communist regime. The rare species of roses were replaced with more common local varieties. A new attraction in the park emerged—the open-air amphitheater where many social events were held throughout the years until the fall of communism.

The last works of modernization took place from 2011 to 2012. Nowadays, the park, whose size has been reduced to one hectare, has around 600 species of roses left. 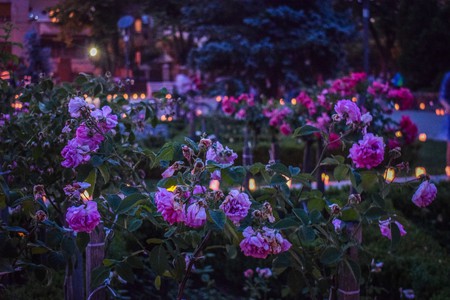 What to do in the Roses Park

Over the years, the Roses Park in Timișoara gradually evolved from being a picture-perfect example of landscape architecture to serving as a social hub where most of the city’s important events are organized. These include the Timișoara International Festival of Folklore, or the “Festival of the Hearts”, which happens in July and gathers folkloric dances from all over the world; additionally, the Street Food Festival has seen huge success in the few years since it was started.

During warm summer nights, there are movie projections in the garden’s open-air amphitheater and during the day, it is a great place for families to walk in with their children or for couples to go on romantic dates. The Roses Park in full bloom is a sight not to be missed, offering the perfect place to get away from the bustling atmosphere of the city and to slow down for just a moment. 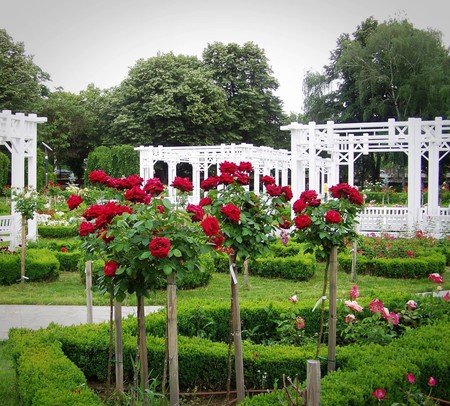