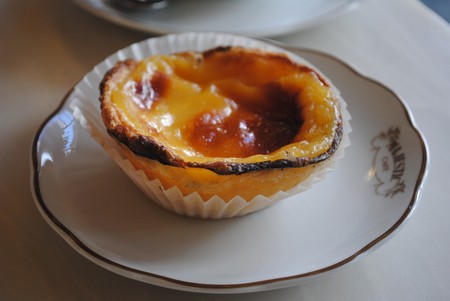 Portugal has a clear sweet tooth, which is visible while walking along most city streets. Bakeries and pastry shops are as ubiquitous as Dunkin Donuts shops are in the Northeast US, and it seems like every other window is pulling hungry eyes towards cakes, bread, custards, and other delights. While visiting Lisbon, however, there is one sweet in particular that must be tried: the pastel de nata.

Origin of the pastel de nata

The recipe for this country favorite dates back over 300 years to Belém, a civil parish located west of Lisbon. Pastéis de nata were created by monks in the Jerónimos Monastery, a major tourist attraction today and a UNESCO World Heritage Site. At that time, the nuns and monks used egg whites to starch their clothes, and the left over egg yolks became a major ingredient in desserts. 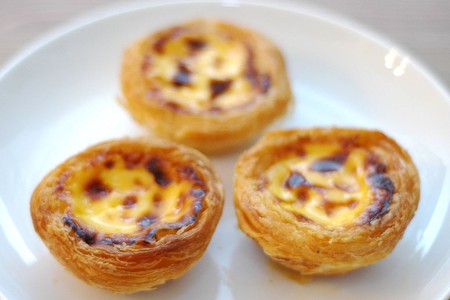 The monks began selling pastéis de nata when the need erupted for income to support the monastery. When the monastery eventually closed in 1834, the recipe was sold to the eventual owners of the Fábrica de Pastéis de Belém, which opened in 1837 and is still the most popular place to buy them around Lisbon. Otherwise known simply as Pastéis de Belém, the shop is located a short three-minute walk from the Jerónimos Monastery, and offers both take out and sit in services. Either way, expect a bit of a wait because there is always a line going out the door. 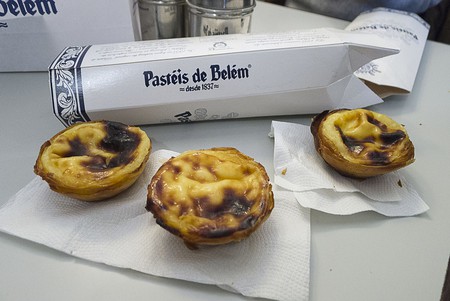 What exactly is a pastel de nata?

They look like a cross between a custard tart and a cake, but pastéis de nata are egg tart pastries. The outside is crispy and flaky while the inside is creamy and sweet. Each region of Portugal and each baker has their own ways of tweaking the original recipe, but the egg filling and flaky crust is the desired outcome from everyone. These sweets are a bit labor-intensive to make, but here is a tutorial in case you want to try. The secret behind Pastéis de Belém’s success is still a secret, however.

The only place where you will call them a “Pastel de Belém” is at the shop in Belém, otherwise they are known as pastéis de nata. When at a bakery around Lisbon, simply requesting “um pastel de nata” will suffice (unless you want two or three, and you may). Other regions call it by other names; for instance, in the Azores the pastéis are called queijadas. 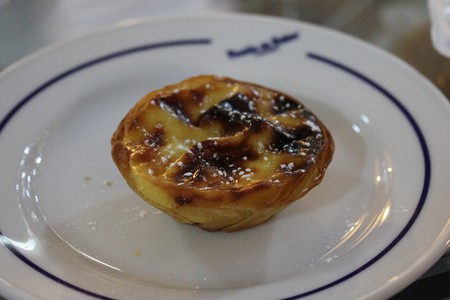 Everyone who visits Lisbon should pay at least one visit to the Fábrica de Pastéis de Belém. Afterwards, snack while exploring the city, preferably with a café (espresso coffee). One of the more beautiful cafés in Lisbon is the Confeitaria Nacional, at the centralized Praça de Figueira. Or, order a few and snack while sitting at a miradouro (“viewpoint”) or at one of the many kiosks around the city.