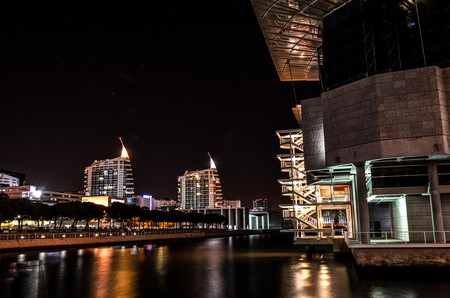 When people think of Lisbon, they usually imagine cobblestone streets on hills covered in a confusion of homes (all different shapes, sizes, and colors), centuries-old buildings, and exquisite churches that reflect different architectural styles. Modern and sleek infrastructure is not as expected, but that is what visitors will find in the Parque das Nações district. Designed for the World Exposition of 1998, or Expo ‘98, it is one of the city’s newest neighborhoods and a spot where many popular buildings stand.

World’s fairs, or world’s expositions, are large, season-long international exhibitions that showcase a nation’s accomplishments and culture. In 1998, Lisbon hosted the World Exposition to commemorate the 500th anniversary of explorer Vasco da Gama’s voyage to India. It was also the 100th world exposition ever to take place. In order to accommodate the event and guests, the city purchased and built over an abandoned piece of land in the northeastern part of the city, located along the Tagus River and close to the airport. 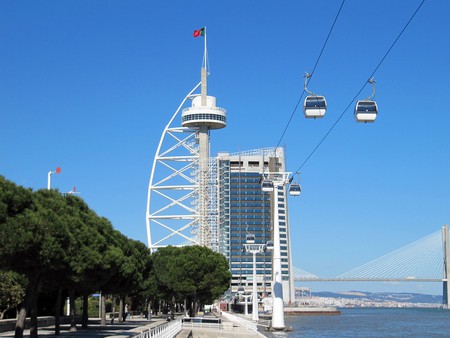 The theme for this exhibition was The Oceans: A Heritage for the Future and much of the new infrastructure constructed kept the area’s maritime history and the sea in mind. It was for the Expo ‘98 (the event’s nickname) that the Vasco da Gama Bridge and Gare do Oriente Station were built. Other notable buildings include the Pavilion of Portugal, the Oceanarium (which is the largest indoor oceanarium in Europe), and the MEO Arena, all built for the event and then converted for public use after the event ended. After the end of Expo ‘98, the area took on the name of Parque das Nações (Park of Nations). 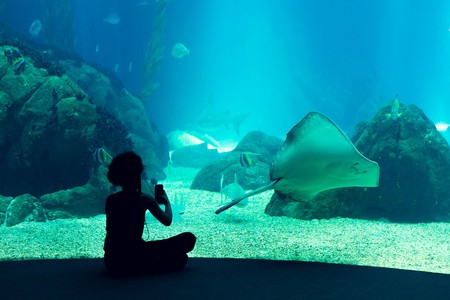 The Lisbon Oceanarium is the largest indoor oceanarium in Europe | © Pixabay

Today, the Parque das Nações is a favored spot to visit during the day, with the Vasco da Gama mall located across from the Oriente Station, as well as restaurants and bars along an esplanade. The boardwalk is also perfect for walkers and runners. At night, the area comes alive with dance clubs and bars, as well as the Casino Lisboa. Despite the number of things to do, Parque das Nações is known for being peaceful and quiet, and it also attracts residents looking for a more tranquil place to live.