10 Masterpieces You Can Only See in Lisbon 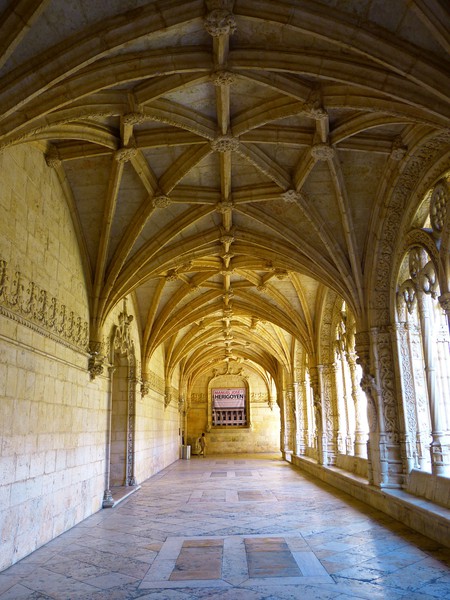 A corridor of the Jerónimos Monastery © Pixabay

A masterpiece is defined as any ‘work that comes from a great level of skill, dedication or craftsmanship’ and Lisbon is a city that’s full of man-made treasures. From buildings adorned with azulejo tiles to monasteries that took centuries to build, the Portuguese capital is a visual playground of art, landscapes, ideas and architecture. Here are our picks for the top 10 unique masterpieces that can only be seen in Lisbon.

Lisbon is home to the longest bridge in Europe, the Vasco da Gama Bridge. This constructive masterpiece is 17 kilometres long and architects were required to consider the curve of the Earth when constructing it. Like the rest of Parque das Nações – the bridge’s end point on the Lisbon side – it was built in time for the city’s hosting of the 1998 World Exposition. 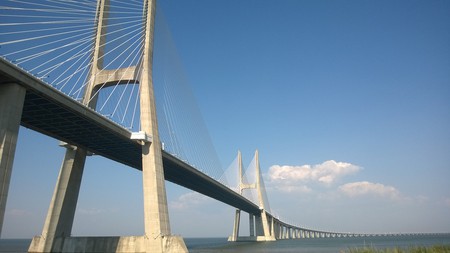 The entire National Azulejo Museum is one-of-a-kind and a national treasure that can only be experienced in Lisbon, but this part stands out as especially unique. The Igreja da Madre Deus showcases just what can be done with azulejo tile art, telling stories of the country’s history and religious beliefs in imagery, while surrounded by gold-gilded details and artwork. It’s also distinctly unusual to walk out of a typical museum gallery and into a 16th-century church. 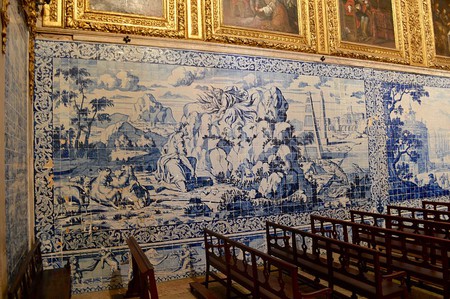 The Jerónimos Monastery was built to honour Portugal’s role during the Age of Discoveries and today stands as a historical monument, a national tomb for the country’s most notable historical figures and one of the area’s UNESCO World Heritage Sites. It took slightly over 100 years to build, mostly in the 1500s, making it another architectural masterpiece. The structural style reflects gothic and Manueline influences, the latter being an architectural style only seen in Portugal. 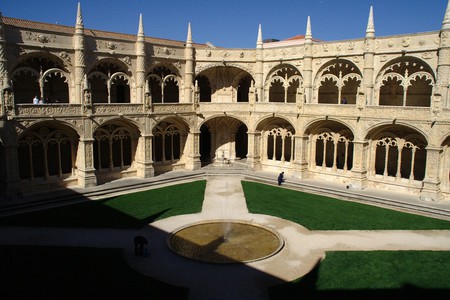 The courtyard of the Jerónimos Monastery | © Pixabay

Built around the same time as the Jerónimos Monastery, the Belém Tower is another Manueline architectural marvel constructed to help protect Lisbon’s coast from foreign attacks. Touring this small fortification is like walking through a miniature castle, and it too has been named a UNESCO World Heritage Site. The side facing the river also has a beautiful statue of Our Lady of Safe Homecoming, a symbol used to welcome sailors and explorers after long voyages at sea, especially during the Age of Discoveries. 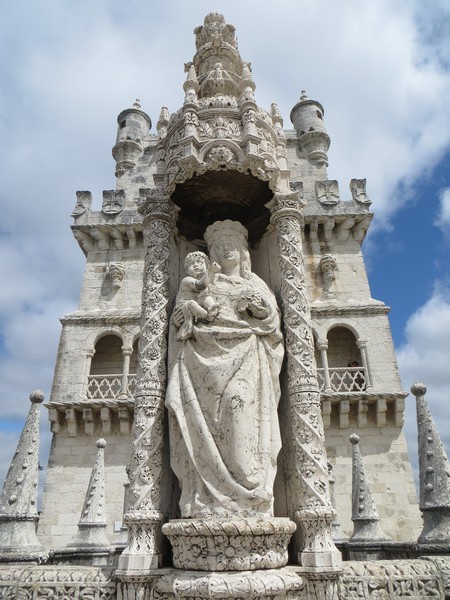 Our Lady of Safe Homecoming at the Belém Tower | © Pixabay

Inside the Monastery of São Vicente de Fora is a pantheon which houses the tombs of the Braganza dynasty. Once a dining room for monks who resided in the monastery, it was converted in the late 1800s and even once held Brazilian Emperors (later moved, in the 1970s). The marble tombs and the open room is breathtaking and powerful to behold, the entire monastery now considered a unique architectural treasure throughout Portugal. 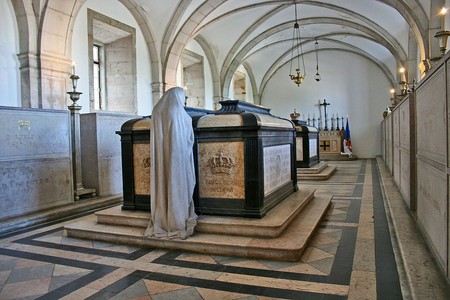 While walking through Lisbon’s downtown, or Baixa neighbourhood, you may notice that the streets form a sort of grid, making it easy to navigate. What’s not obvious is that this was part of the city’s 18th-century plan to make Lisbon earthquake-proof after Baixa was destroyed in the massive earthquake of 1755. This style of neo-classical architecture is known as Pombalina and was one of the first efforts in Europe to defy earthquake destruction. 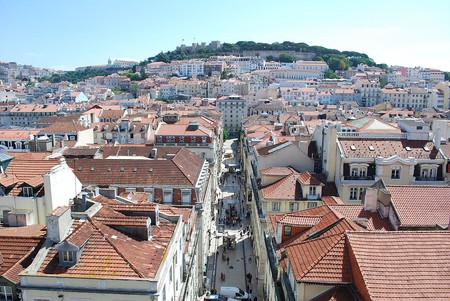 Bairro Alto‘s Igreja de São Roque is nothing if not stunningly beautiful, but one of the most notable parts is the Capela de São João Baptista, named after Saint John the Baptist. Covered in mosaic art, precious gemstones and metals, this is one of the most expensive chapels in the world. This part of the Igreja de São Roque was constructed in Italy, with materials from around the world, and shipped to Lisbon. 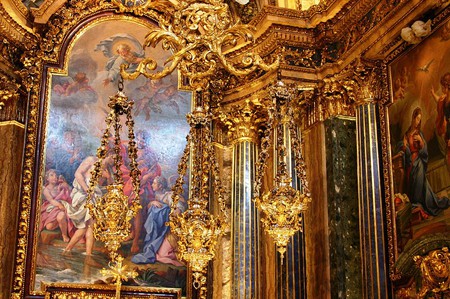 This is the aqueduct that was first responsible for delivering fresh water to different parts of Lisbon, built in the mid-1700s. Considered a Baroque architectural and engineering masterpiece of its time, the engineers who built this structure (stretching 58 km in length, with arches of varying height depending on their position) were hydraulic pioneers for constructing such a sophisticated system. 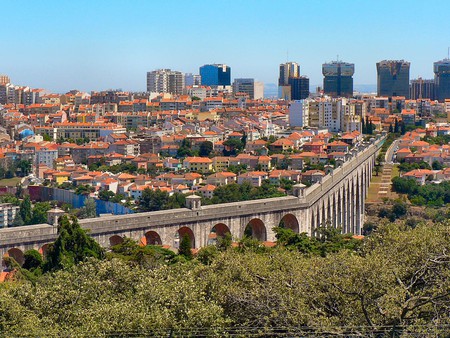 The collection of the National Coach Museum

The Museu Nacional dos Coches, or National Coach Museum, is one-of-a-kind in Europe and throughout the world. It holds an impressive collection of European horse-drawn carriages from throughout the centuries, dating back to the 17th century and up to the 19th century when automobiles finally made their debut appearance. This is the most extensive collection of its kind, showcasing the carriages used by Portuguese royalty in additional to monarchs throughout Europe. 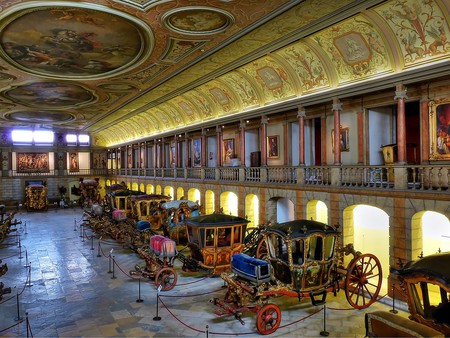 Calouste Gulbenkian created more than just a large collection of artworks from around the world (which is impressive in itself); the Armenian businessman created a starting board where arts and sciences could be taught and appreciated. The museum contains over 6,000 different works collected over 40 years and the foundation’s office, which awards scholarships and grants, can be appreciated in Lisbon’s Avenidas Novas neighbourhood. 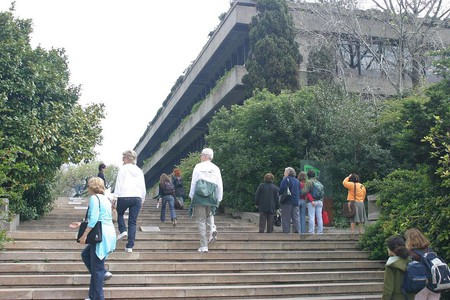