10 Facts About Lisbon That You Never Knew

As the home of fado music and colorful cobbled streets, Lisbon has a plethora of secrets and fun facts that are unknown to most people. If you’re planning a trip to Portugal’s trendy capital and want to know what lies beneath the surface, take a look at our list of unique information to really bring the city to life.

UNESCO World Heritage Site Guimarães was the first capital of Portugal, designated in the 12th century, and it is nicknamed the ‘birthplace of Portugal’ (Guimarães is also where the country’s first king was born). Located a short distance from Porto, it is an excellent city for a weekend getaway filled with ancient buildings like the 10th-century Castle of Guimarães, medieval churches, and archaeological sites from the Iron Age.

Coimbra became the second capital of the country and remained so for a century before the title transferred to Lisbon. Lisbon periodically lost that title again in the 19th century, when the Napoleonic Wars caused Portuguese royals to flee to Brazil and Rio de Janeiro was temporarily the capital for 13 years.

There was a time when the city’s cleaning men were nicknamed ‘Almeidas’. One hypothesis states that the cleaning crews once came from a fortified village called Almeida, located in the northern part of the country near the border with Spain. Another possible theory states the nickname came from a general support of city workers for António José de Almeida, one of the country’s short-term presidents at the beginning of the 20th century. Either way, the term is no longer common and sometimes considered impolite so bear in mind it’s not a good idea to use it.

Belém Tower was once a prison

The beautiful Belém Tower is one of the city’s must-see landmarks and architectural wonders. It was built during the Age of Discoveries as a military fortification, but many people don’t know that it was used as a political prison during the Liberal Wars of the 19th century. 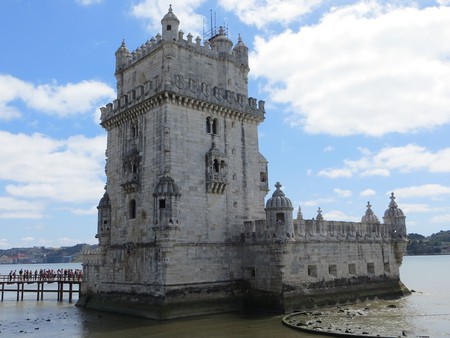 Okay, so most people do know that locals from Lisbon are called ‘Lisboetas’, but many don’t know the second nickname: ‘Alfacinhas’. Alface is the Portuguese word for lettuce, and alfacinha means ‘little lettuce’; the nickname is believed to stem from a time when residents had little else to eat than vegetables and preferred lettuce. Ironically, when you order a salad in Portugal these days, they are pretty basic consisting of a bed of lettuce, sliced onion, tomato (sometimes), and shredded carrots. Coincidence?

Lisbon is actually a city on eight hills, not seven

The idea of a city on seven hills, like Rome, is certainly a romantic one and perhaps that’s one reason why this description of Lisbon stuck. The original reference came from a book called O Livro das Grandezas de Lisboa where the author listed seven beautiful hills but forgot the highest of them all – the hill of Graça where the Miradouro Sophia de Mello Breyner Andresen offers one of the most dramatic sweeping views over the city, facing the river, castle and bridge.

Portugal has a well-deserved reputation as a bookworm’s dream and it is home to many literary treasures, including the oldest bookstore in the world, one of the most beautiful libraries in the world, and one of the most beautiful bookshops in the world. What people may not know is that it is also the home of one of the smallest bookshops in the world. Located a few steps up the Escadinhas de São Cristóvão, on the border of Baixa and Alfama, this spot is worth a visit but you may need to wait for space to clear since the cupboard-sized shop (crammed with approximately 4,000 books) only fits a couple of people inside at a time.

Pastéis da nata, loved by locals and tourists alike for their flaky crust and creamy, sweet egg filling, have put Lisbon on dessert-lovers’ maps. Even though they are made all over the country and found in nearly every pastry shop, only 3 people in the world know the original recipe: the same one that is sold in Belém at Pasteis de Belém. 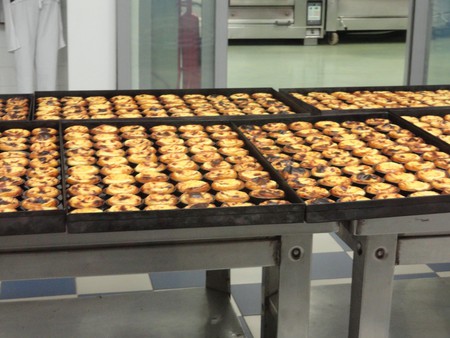 So many pastéis, so little time! | © Anne Lotte / Flickr

The Lisbon Oceanarium has the largest indoor tank in Europe

Located at Parque das Nações, the Lisbon Oceanarium offers an excellent way to spend a day in one of Lisbon’s most modern neighborhoods. Filled with five million litres of seawater, the central tank is the largest of any indoor aquarium in Europe and holds a great variety of fishes from small tropical species to different kinds of sharks, deep sea fish, and a beautifully unique ocean sunfish (the world’s largest bony fish). The central tank is the main feature, but visitors are led on a circular tour that takes them through exhibits featuring invertebrates, mammals, plants, and more.

That pretty much sums it up. Sláinte! 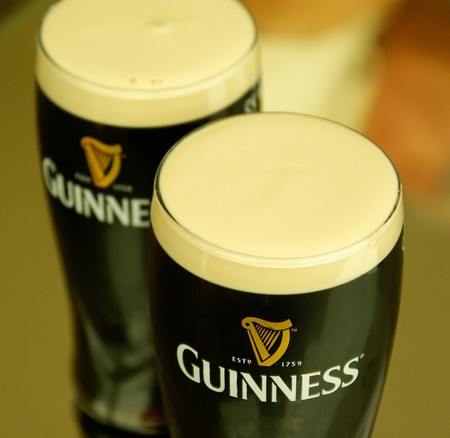 During World War II, Portugal maintained a reputation as neutral, but, behind the scenes, both Nazi and Allied spies were believed to be pulling invisible strings in the Portuguese capital as Lisbon’s secret police kept a close watch. Portugal’s dictator, António Salazar, was said to be ‘playing both sides’ in order to protect the country from wartime backlash. In addition to spies, war refugees and prominent international figures, who were exiled from their own countries, mingled in Lisbon and nearby Estoril. Lisbon’s espionage connection is believed to have inspired writer Ian Fleming, author of the James Bond stories, during his time there while working as a British Naval Intelligence Officer.