Why Is the Pope Visiting Fátima, Portugal? 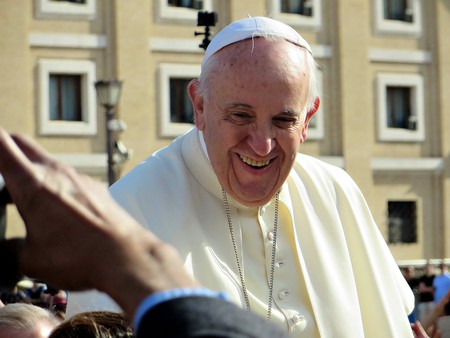 Portugal is known as a Catholic country filled with dramatic monasteries and ancient churches, but the Sanctuary of Fátima is one of the most sacred Catholic destinations that receives millions of visitors each year and may receive a million or so this week alone, including the admired and illustrious Pope Francis.

The reason for the Pope’s visit is a truly special one: May 13, 2017, marks 100 years since the Marian apparitions in Fátima, and Pope Francis will declare the world’s youngest non-martyr saints during this anniversary. As the story goes, on May 13, 1917, three shepherd children were working in a field in Fátima when the Virgin Mary appeared to them. She told the children that she would appear at noon on the 13th of every month for the next six months, during which time she asked them to pray for the world. She also shared three important secrets. 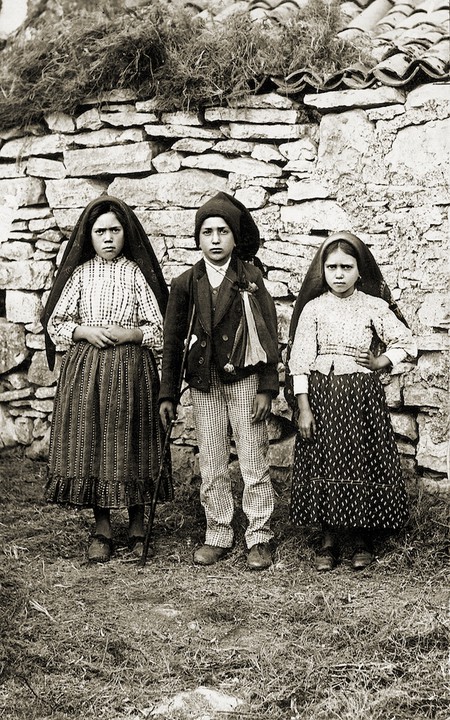 At first, no one believed the children and they were even jailed at one point, believed to be causing trouble. Then, on October 13, 1917, members of the public who did believe their story, followed them and gave witness to another apparition in the sky: a dancing sun that could be looked at directly without hurting their eyes. In 1930, the Catholic Church announced that these apparitions were worthy of belief.

The children in this story were siblings Francisco and Jacinta Marto, and their cousin Lúcia dos Santos. The brother and sister died two and three years after the apparitions, aged 10 and nine years old. They both succumbed to the international flu pandemic which began in 1918. But Lúcia lived until the age of 97, dedicating her life to the church as a nun. She passed away in 2005. Lucia shared the three secrets at different times during her life. Two were events in the night sky that would signify the onset of World War II. The third was described as an assassination attempt on Pope John Paul II, which happened in 1981. 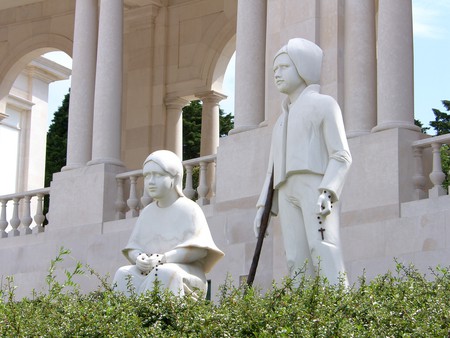 Statues of the siblings in Fátima | © Krisztina Konczos / Flickr

Sister Lúcia dos Santos’s beatification process began a few years after her death, and the final step finished earlier this year, declaring her a saint. During Pope Francis’ visit on May 13, he will also canonize Francisco and Jacinta Marto, who will become the world’s youngest non-martyr saints.

The Sanctuary of Fátima is a cluster of buildings, shrines, monuments, and chapels built in the area where the apparitions are believed to have occurred, It has also been visited by Pope John Paul II.

The Sanctuary of Fatima | © Andreas Trepte / Wikimedia Commons
Give us feedback