The Best Things to Do in Óbidos, Portugal 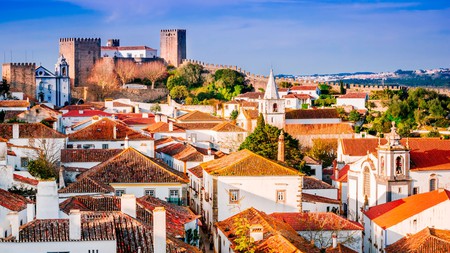 As a pretty coastal town in Central Portugal, Óbidos draws visitors with its tranquil lagoon, a charming old town and rustic traditional cuisine.

Offering everything you could want from a quaint Portuguese town – a Medieval castle, ambient cobblestone streets and leafy squares – Óbidos sits just 85km (53mi) from Lisbon, making it an excellent day trip option. Explore the local food scene by sampling traditional cured meats and cheeses before heading off shopping on the flower-studded main street. For the more adventurous, there’s a lagoon with a plethora of water sports on offer.

Stand-up paddle board on the Lagoa de Óbidos 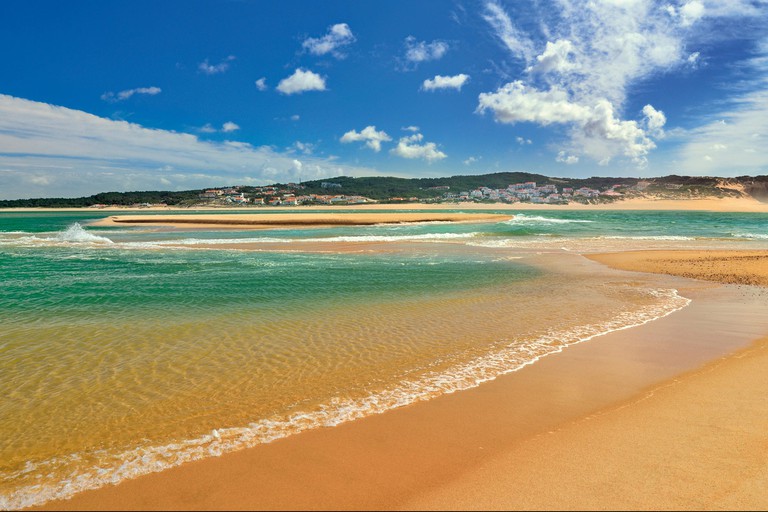 The calm waters of the Lagoa de Óbidos make it an ideal spot for stand-up paddle boarding, or SUP, a water sport invented in Hawaii in the 1960s. Located 15km (9.3mi) northeast of the town and flowing out into the Atlantic, the lagoon is surrounded by schools offering board and wetsuit rental and group or individual classes; some even have their own bars and partnerships with nearby hotels. When you’re done on the water, hit the chiringuitos (bars), or chill on Foz do Arelho or Bom Sucesso Beaches. 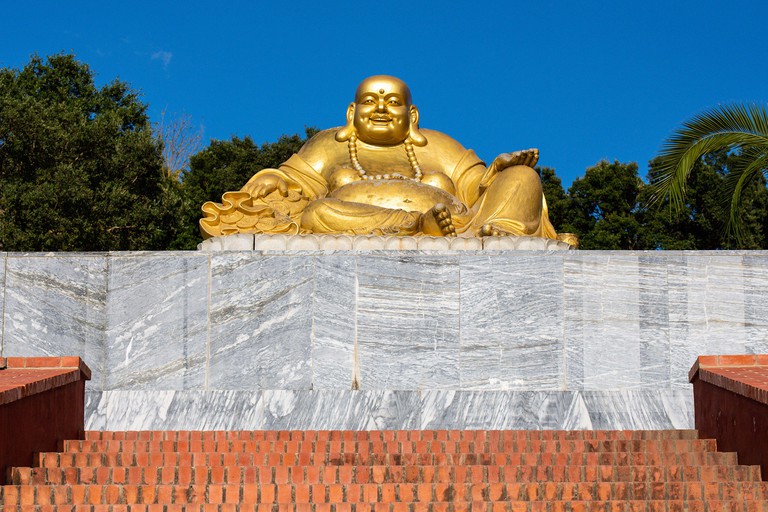 The largest oriental garden in Europe is found in Quinta dos Loridos, a 15-minute drive south of Óbidos. Scattered throughout its 35ha (86 acres) are several giant statues of Buddha, koi fish and carved dragons and 600 hand-painted terracotta soldiers. There are also two separate sculpture gardens, one dedicated to contemporary pieces, the other showcasing African works under the shade of 1,000 palm trees. Also on site are a cafe and wine store with a huge selection of Portuguese varieties.

Stroll down the Rua Direita 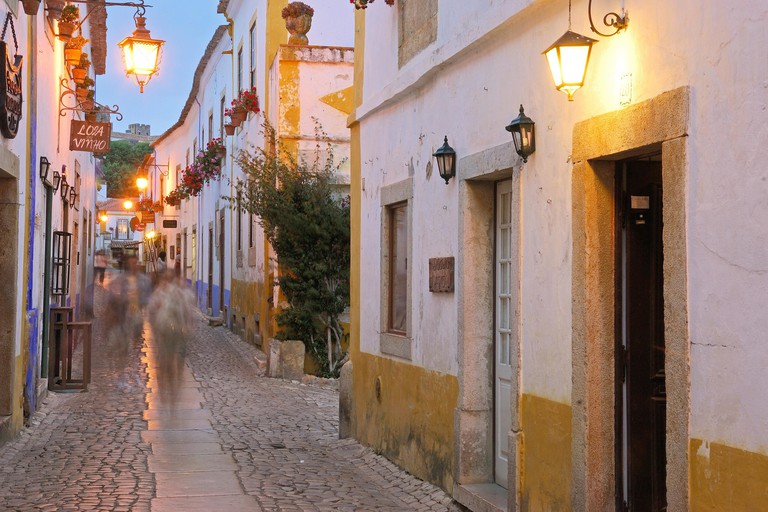 The cobbled “main” street in Óbidos leads from the Porta da Vila to the castle, past whitewashed walls decorated with tumbling bougainvillea and geraniums. Dating from the 1200s and expanded (if you can believe it) in the 16th and 17th centuries, it also passes the town’s central square, where you’ll find the 16th-century Santa Maria Church and the Municipal Museum. Direita is also the best place in town to buy souvenirs and to sample the ginja de Óbidos cherry liquor. 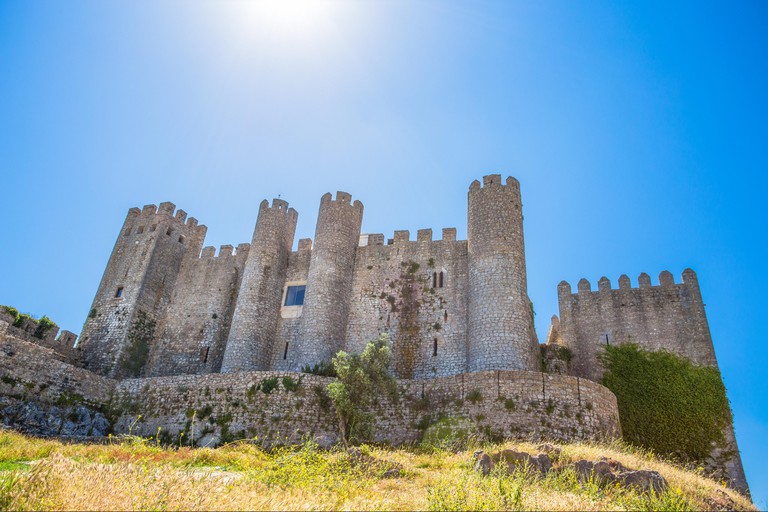 Rua Direita terminates at a well-preserved Medieval castle, one of the Seven Wonders in Portugal. Fortifications were erected on this hilltop Roman site by the Moors in the eighth century, but most of what we see today was constructed from the mid-12th century onwards, as a succession of Portuguese kings made additions and alterations. Circumnavigate the town by walking the 13m (43ft)-high battlements before checking into the three-star hotel that occupies the castle’s former royal palace.

Sunbathe on the Praia da Foz do Arelho 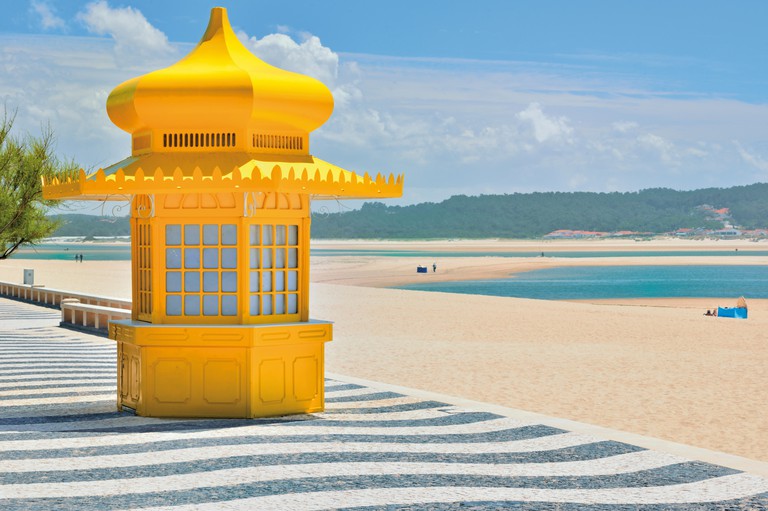 Situated a 20-minute drive north from Óbidos, where the Lagoa de Óbidos meets the Atlantic, the Blue Flag Praia da Foz do Arelho is ideal for both sunbathing and water sports. Sunseekers and swimmers can tan on the clean, yellow sands and cool off in the lagoon’s undisturbed waters, while surfers will love the winds and waves on the sea-facing side. Facilities available for both types of beachgoers include outdoor parking, showers, parasol rental and plenty of bars with ocean views. 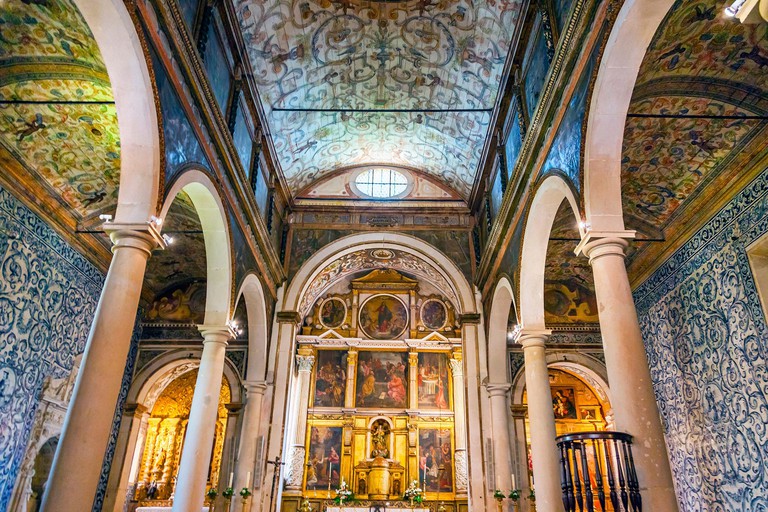 The main church in Óbidos has its origins in the Visigothic era, but the building found on the square of the same name today dates from the 16th century. Pop inside to see the tomb of one of the town’s former captains, considered a masterpiece of its genre, as well as several works by the Spanish-born Portuguese painter Josefa de Óbidos (1635–1684), one of the most prolific baroque artists from the country. Also added in the 17th century were the painted wood decorations and blue-and-white tile mosaics on the walls. 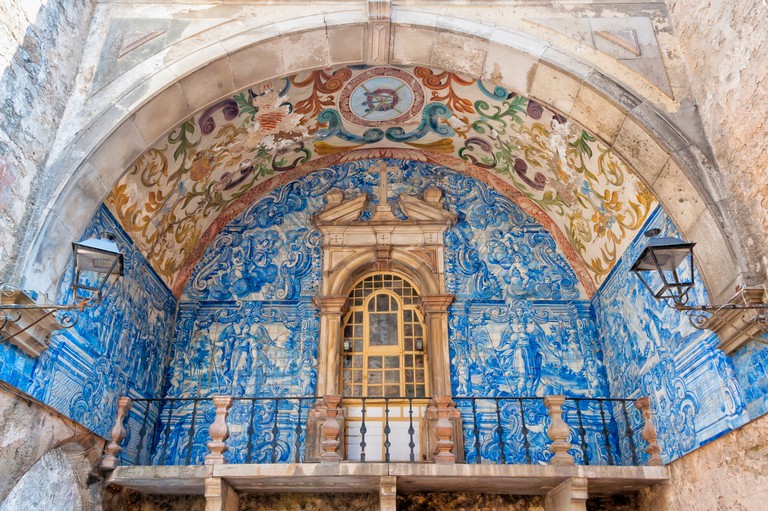 Rather than walking straight through the Porta da Vila onto Rua Direita, take a few minutes to visit the chapel within. The gate itself dates from the late 14th century, but the elaborate tile mosaics depicting scenes from the Passion of Christ were added some 400 years later along with a baroque balcony and ceiling paintings of crowns of thorns. There’s also an inscription ordered by King João IV in the 17th century, which reads “The Virgin, Our Lady, was conceived without original sin”. 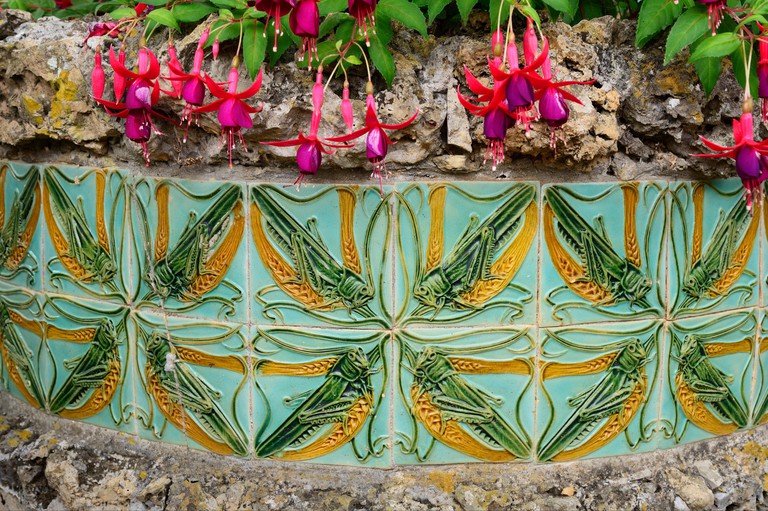 If you fancy a half-day trip from Óbidos, drive 15 minutes to the village of Caldas da Rainha, and visit the Ceramics Museum here. Occupying a mansion built in the 1890s for a viscount and patron of ceramicists, the collection comprises pieces produced by artisans from Caldas da Rainha. The manor’s façade is decorated with historic tile panels and gargoyles in the form of boars and dragons, and the gardens contain an open-air auditorium. 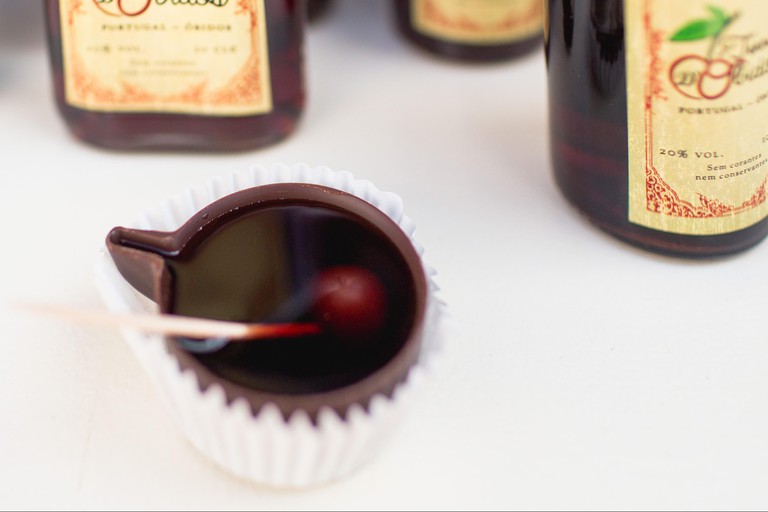 Situated towards the castle end of Rua Direita, this gothic-style den is one of the best places in town to try ginjinha (often abbreviated to ginja), a Portuguese liquor made from sour cherries. Pull up a barstool in an interior clearly modelled on Dracula’s living room, and order shots, along with a snack of grilled chorizo or local cheese to help soak it up. If you like what you taste, buy a bottle or two to take home, because this particular version of ginja isn’t made anywhere else. 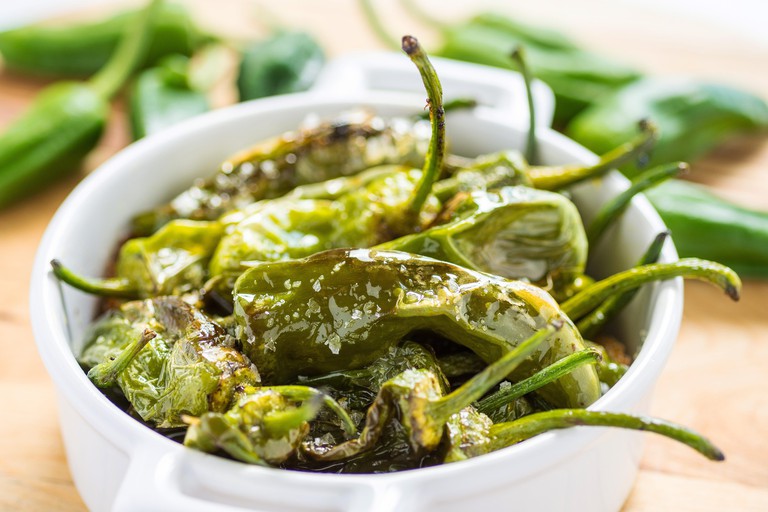 Jamon Jamon offers seating on a shaded terrace underneath a 16th-century aqueduct or in low-ceilinged dining rooms with exposed-brick walls. It’s hard to beat for traditional Portuguese-Spanish tapas and mains, with standout dishes including pork cheeks braised in red wine, stuffed mushrooms, grilled octopus, the chef’s special duck rice and heaped plate of fried padron peppers. Homemade desserts and a small but local selection of wines enhance the cosy, family-run ambience. Booking in advance is recommended.

After a day of exploring, put your feet up in one of the best hotels in Óbidos, now bookable with Culture Trip. For those wanting to continue their trip, head back to Lisbon, where you can stay in one of these boutique hotels. Discover the landmarks and creative institutions in the capital; then, see the most highly regarded spots in town to try pastéis de nata.