Coimbra: What Portugal's Top University Could Teach Us About it's Culture 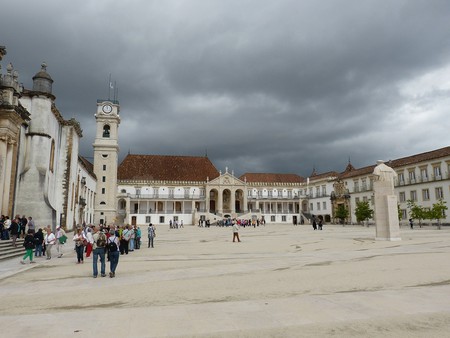 To say that Coimbra is a historically and culturally significant destination worth visiting would be an understatement. It was Portugal’s capital for 124 years between the 12th and 13th centuries, but this classical city is still often eclipsed by metropolitan Lisbon or distinguished Porto. Catching the eyes of discerning travelers who have done their research, however, is Coimbra University, the city’s 700-year-old patrimonial jewel. Imagine how much you can you learn about Portugal from within these ancient walls.

Like the pages of a pop-up book, Coimbra bursts from the landscape, with charming architecture climbing along the hill beside the windy Mondego River, and sprawled across one side is where you’ll find the buildings of Coimbra University. Founded in 1290, it is the oldest institution of higher education in Portugal and one of the oldest universities in the world. Originally established in Lisbon, the campus moved a few times before finally ending up at The Royal Palace of Coimbra, once the family home of Portugal’s first dynasty. It made the UNESCO World Heritage Site list in 2013. 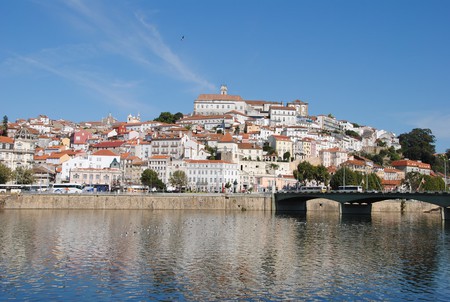 As is the case across Portugal’s other regal cities, Coimbra and Coimbra University showcase an exemplary mix of old vs new, modern vs traditional, and has moved forward holding strong to ancient customs while flourishing progressive initiatives. At the University (and around Portugal), breakthrough technologies develop in contemporary buildings that shine in the sunlight amidst medieval walls and centuries-old neighborhoods. Among the University’s 8 academic faculties, extra recognition is noticed towards science, technology, and medicine/pharmacy, keeping in line with the country’s focus on technological and scientific advances. 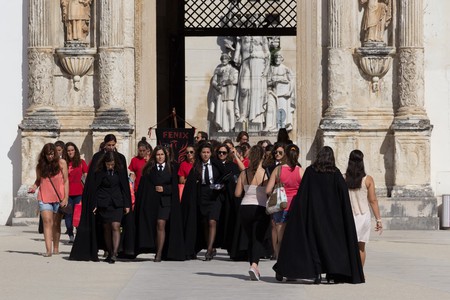 At Coimbra University, you may first notice the student uniforms, and you’re not alone if they remind you of Hogwarts. Harry Potter author J.K. Rowling began writing the first book of the HP series in Portugal, and the similarities may hit you like a quaffle to the face. Described in Portugal as a praxe, or custom, it is one of the most obvious ways the university works to integrate new students into student life and maintain a sense of equality, respect, and humility, three qualities that are highly regarded in Portugal.

Unique university traditions also show off Portugal’s penchant for celebrations and two of the most significant are the Festa das Latas and the Queima das Fitas. Taking place at the beginning and end of each academic year, respectively, the events surrounding these festivals signify changes in student life, either welcoming new students (by parading through the streets with tins tied around their legs) or saying goodbye to graduates (with a celebratory burning of ribbons).

Each week-long series of events includes concerts, highlighting in its way the country’s affinity for music. Religious ceremonies and blessings, like the Benção das Pastas, are other important features, dating back to when the church was a ruling power. Although today the majority of Portuguese citizens don’t practice religion in every day life and only 1/3 of the population routinely attends mass, religious heritage remains culturally significant. Many national holidays stem from religious events and it’s common to celebrate sacraments. Portugal’s churches, monasteries, and chapels are among the most beautiful buildings in the country, and Coimbra University’s representation is the Chapel of São Miguel. 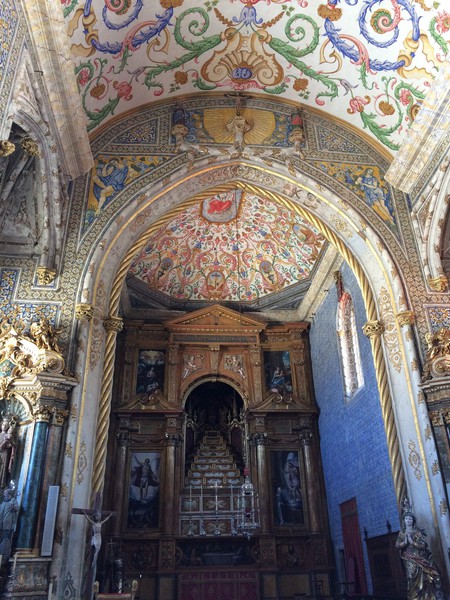 Bookworms may believe we saved the best piece of information for last and we agree that Coimbra University’s Joanine Library is a show of homage representing the country’s long-standing affinity towards literature and exquisite architecture. Built as part of the campus in the 18th century to house the school’s written collections, it is considered one of the most beautiful libraries in the world. It seems fitting that some of Portugal’s greatest writers and poets were also alumni of Coimbra University, including Luís de Camões (the “Portuguese Shakespeare”), José Maria Eça de Queiroz, and Almeida Garrett.

It’s possible to go on and on; covering each way Coimbra Univerisity can teach us about Portuguese culture could take a semester’s worth of time but visiting is an excellent first step.