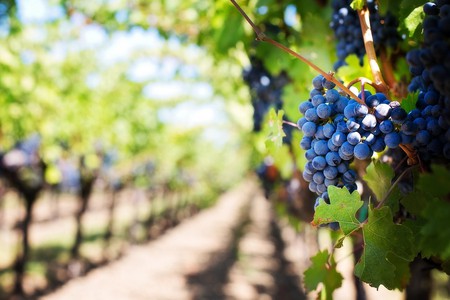 Centuries ago, merchants, explorers, and nobles from around the world traveled to Portugal looking for one of the country’s most precious commodities, Portuguese wine, and plenty of travelers still head to Porto today for more than a taste of the sweet red liquid that was named after this historical city. There is more to wine in Porto than port, however, and the north of Portugal is home to one of the oldest winemaking regions in the world. Although it’s influenced by the local climate and terrain, the traditional viniculture process also controls the finished product, and the harvest season is the first step.

The two winemaking regions extending from Porto are the Douro and Vinho Verde. The former stretches across the country towards the eastern border with Spain, while the latter extends north towards Minho Portugal and northeastern Spain. The Vinho Verde wine, named after the rolling green territory, is a popular brand in Porto that’s enjoyed regularly, while port wine and a variety of other grape blends are produced in the Douro. Port wine, although popular, is an occasional drink here, preferred as dessert and on holidays. 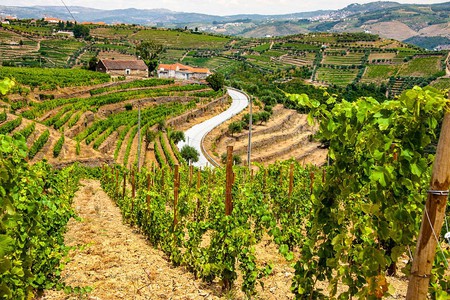 Visitors to Portugal can take part in the harvesting step by volunteering alongside locals at one of the local vineyards. Generally, this occurs in the early fall, beginning around September, when the air temperatures begin to cool but the days are still dry. Although the days are long and the work is laborious, this is a celebratory season around Porto, and groups of “pickers” fill baskets with handpicked grapes, while listening to music, laughing, and socializing. 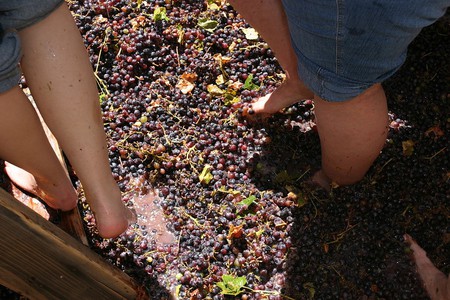 Good grapes are separated from stems and rotten or squashed grapes before being placed inside vats called lagares. Although some companies use modern machinery to begin crushing grapes and kicking off the fermentation process, the tried and true method still preferred in the north of Portugal is foot-stomping. After washing their feet and legs, groups of “stompers” enter the vats and begin using their feet to crush the grapes, at first moving slowly and to a steady rhythm. Stomping takes place in stages, followed by continuous immersion of the grape skins using wooden paddles that the Portuguese call macacos, or “monkeys.” After the wine is produced, filtered, and fortified with a local spirit, it is stored in wooden barrels. The duration of storage varies depending on the wine.

A visit to Portugal isn’t complete without sampling the local wines, but participating in the harvest season is an extra unique treat. A few tour opportunities can be set up through local groups and wineries and vineyards.