A Design Lover's Guide to Porto

Porto | Pixabay
Portugal has been on a roll in the tourism department, and the country’s unique design landscape is one shining example of the country’s appeal. Also, the spotlight is no longer focused solely on Lisbon anymore – Porto, the second-largest city, has made major waves in design, architecture, and art. This is a truly spectacular city to explore, with its strong presence and plenty of personality. These locations, in particular, are among the most unique, stunning, and artistic landmarks in Porto.

Train Station
São Bento Station | © Diego Delso / Wikimedia Commons
How many other stations draw as many (or more) visitors for its appearance as it does for transportation? Opened in 1916, the São Bento train station has become one of Porto’s best known and most visited locations. The floor-to-ceiling azulejo tiles that decorate the lobby portray images from Portugal’s past. Anyone wanting to go on a trip through time need only immerse themselves in this splendid historical map on the station’s walls.
More Info
Open In Google Maps
Praça de Almeida Garrett, Porto, Porto, 4000-069, Portugal
Visit website

Building
The Arabian Hall | © Josep Renalias / Wikimedia Commons
This 19th-century Stock Exchange Palace is the neoclassical product of a combined effort from several architects. It was created in the late 19th century to attract European businesses but today stands as a UNESCO World Heritage Site and a national monument. The entire building is a design lover’s dream, but a couple of rooms worthy of detailed exploration are the Arabian Hall and the Pátio das Nações.
More Info
Open In Google Maps
Rua de Ferreira Borges, Porto, Porto, 4050-253, Portugal
+351223399000
Visit website

Bridge
Dom Luis Bridge | © François Philipp / Wikimedia Commons
Porto’s bridges are well known, but the Dom Luís Bridge is perhaps the most popular. This metal, double-decked arch bridge is a popular spot for photographers looking to snap a unique angle of the city and an easy way to traverse over to Vila Nova de Gaia and its wineries. Opened in the late 19th century, it was the longest arch bridge at the time.
More Info
Open In Google Maps
Ponte Luiz I, Porto, Porto, Portugal

Porto has many cafés, but few (if any) are as beautiful as the Majestic Café. Even its name suggests elegance and splendor, which is apparent upon entering the front doors. Carved wood detailing, antique mirrors, and sculptures decorate the dining room. This spot, located on the trendy Rua Santa Catarina, was opened in the 1920s under the name Elite but later changed to Majestic, which was thought to encompass the Belle Époque era that influenced its style. 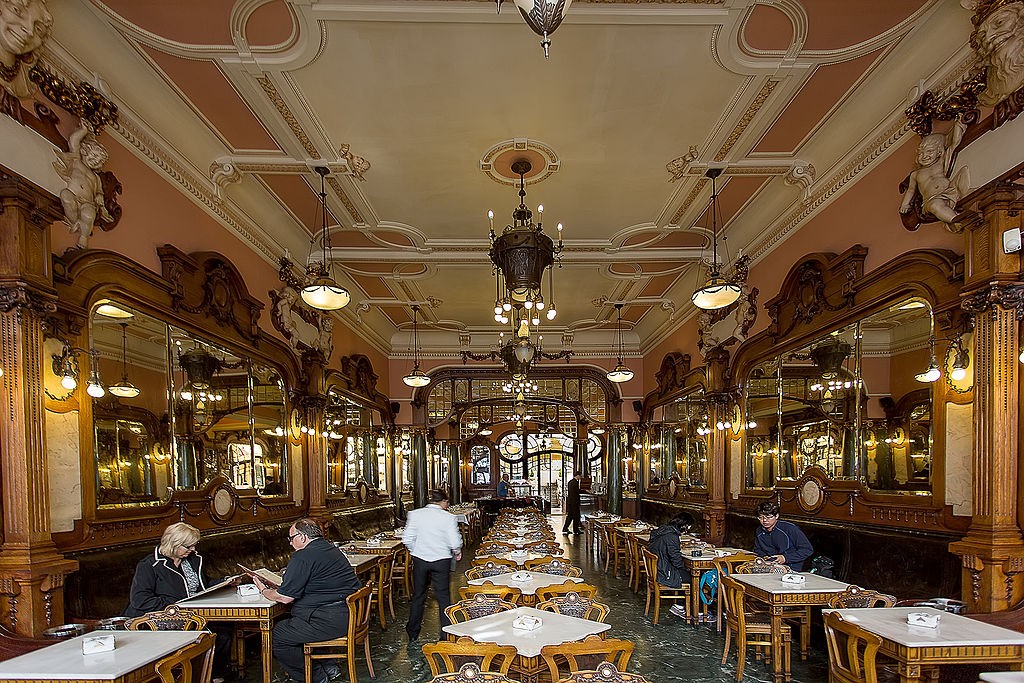 Porto is home to one of the most beautiful McDonald’s in the world. Even if burgers and fries aren’t your favorite food, a trip to this location won’t disappoint. Opened in 1995, it holds remnants of the Imperial Café that used to stand in its place before a major restoration project converted it into the popular fast-food restaurant. The stained glass windows and chandeliers make a visit to this McDonald’s unlike most others. Located on Avenida dos Aliados, it is easy to get to from any part of the historic downtown. 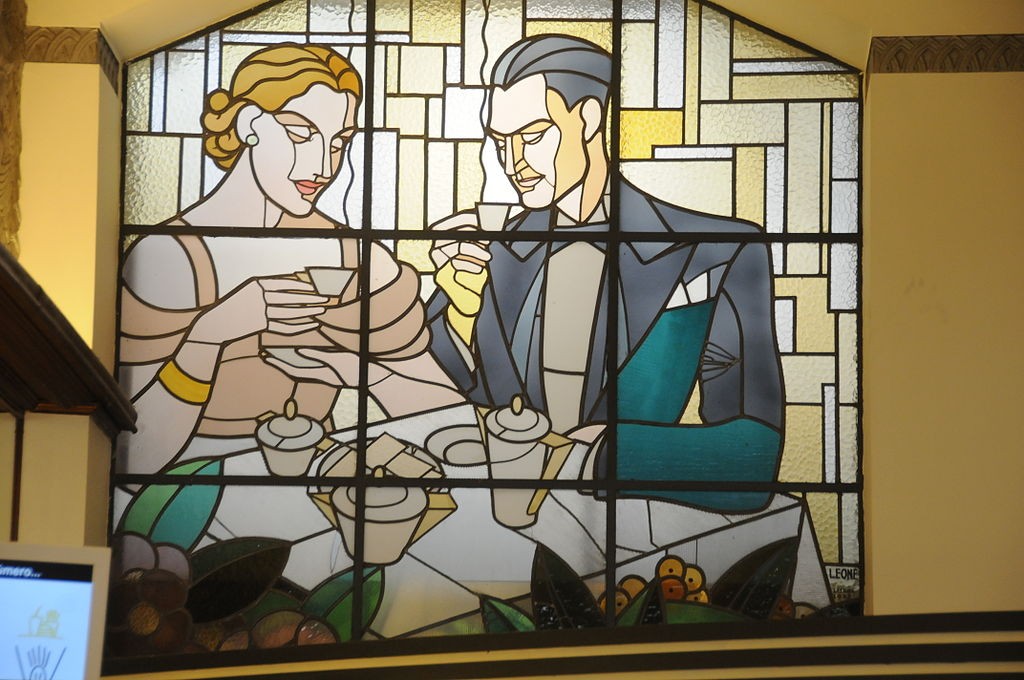 Building, Museum
A fountain within the park of the Serralves Contemporary Art Museum in Porto, Portugal | © Stuart Forster Europe / Alamy Stock Photo
Don’t leave Porto without heading to the beautiful Serralves Estate for a glimpse of Portugal’s largest and most recognized museum of contemporary art. The building is the another masterpiece by architect Álvaro Siza Vieira, who designed numerous other landmarks throughout Portugal. The museum is 17 years young, and the Art Deco estate where it sits was named a national monument in 2012.
More Info
Open In Google Maps
R. Dom João de Castro 210, Lisbon, Portugal
+351226156500

Porto is also home to one of the most beautiful bookstores in the world, which is also world-renowned for possibly inspiring the Harry Potter book series. The Art Nouveau and Gothic architecture are splendid, and the gold and red staircase has attracted the attention from book and design lovers from around the world. 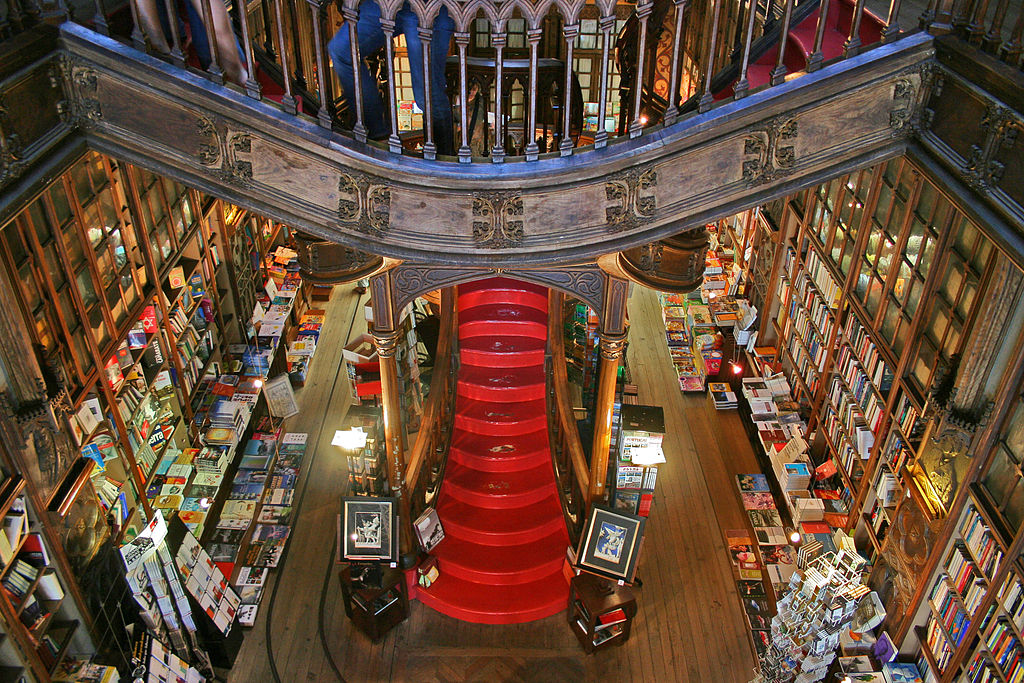