The Best Things to See and Do in Starogard Gdański, Poland

Starogard Gdański’s Old Town Market Square (Stary Rynek) is idyllic, tranquil and the town’s centre point. The square is of a perfect size, measuring precisely 107 x 107 metres. In the centre sits the pretty Town Hall which is rumoured to be connected to dungeons and subterranean passages from the town’s medieval history. In summer months, a lively beer garden and temporary beach makes this a great place to relax. 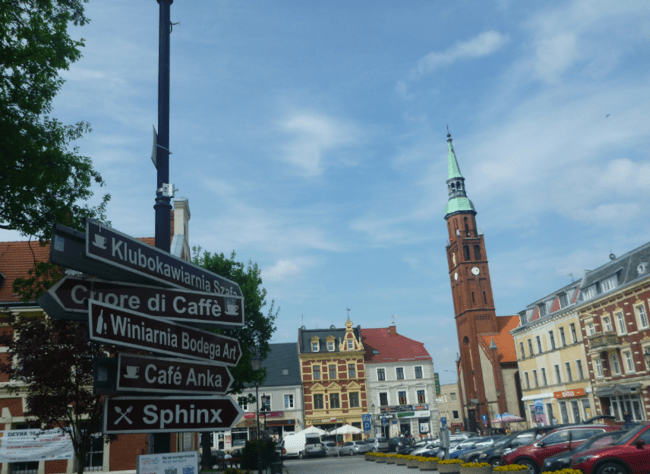 Starogard Gdański’s “local hero” is footballer and Olympic Gold medallist Kazimierz “Kazik” Deyna, who also scored Poland’s match-winner against Italy in the 1974 World Cup. As a result, the town have developed a special “Kazimierz Deyna Heritage Trail” which takes you to the house he was born, his old school, past two football stadiums, a mural and a statue. The final location on the tour brings you nicely to the local football stadium, home of local football team Klub Piłkarski Starogard. 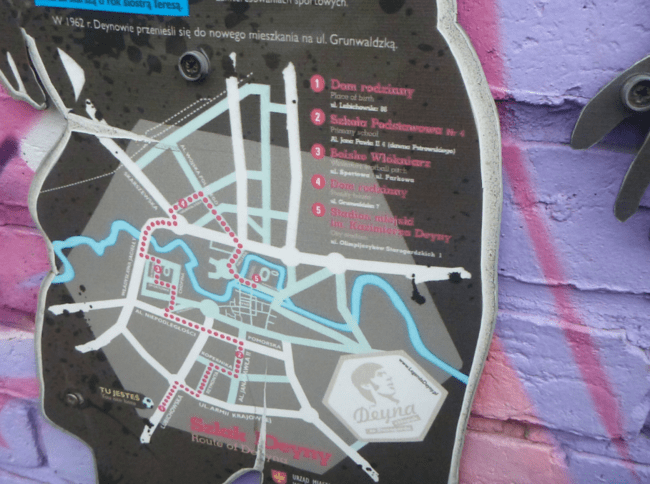 The superb Browar Kociewski in Starogard Gdański is a brewery which also has a huge bar and restaurant attached to it. The venue serves up tasty dishes and excellent local beer in four common varieties – Pilsner, Lager, Wheat Beer and a Dark Ale. It also hosts the town’s annual beer festival every September and is part of the town’s most popular Hotel Complex, Hotel Ren. 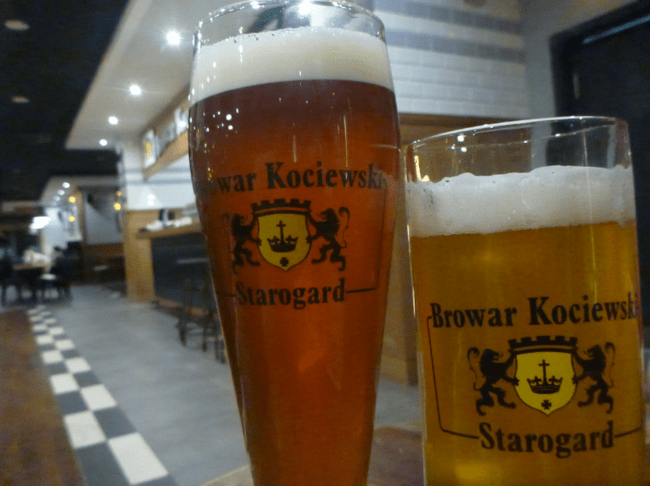 Distillery
Sobieski Distillery | © Northern Irishman in Poland
Sobieski is a popular and famous Polish brand of vodka produced from rye, made famous abroad for once having been endorsed by Bruce Willis. The huge distillery is based here in Starogard Gdański and is named after John III Sobieski, a 17th-century Polish king and military leader. The vodka comes in different flavours, such as: Original (labelled red), Peach, Mandarin, Vanilla, Melon. The Original has 40% alcoholic volume. You can arrange a tour of the distillery or simply buy it in bars and off-licences.
More Info
Open In Google Maps
1 Skarszewska, Starogard Gdański, Pomorskie, 83-200, Poland
+48585339400
View menu
Visit website
Visit Facebook page
Send an Email
Give us feedback

Despite being a town of only 50,000 residents, sports-wise Starogard Gdański is successful. As well as Olympic Gold medallist and World Cup star Kazimierz Deyna, the town also boasts a club in Poland’s top basketball division, SKS Sportowa SA Polpharma Starogard Gdański. SA Polpharma play in a large basketball arena housed on the island adjacent to the football stadium, a hotel and Wichertow Palace. 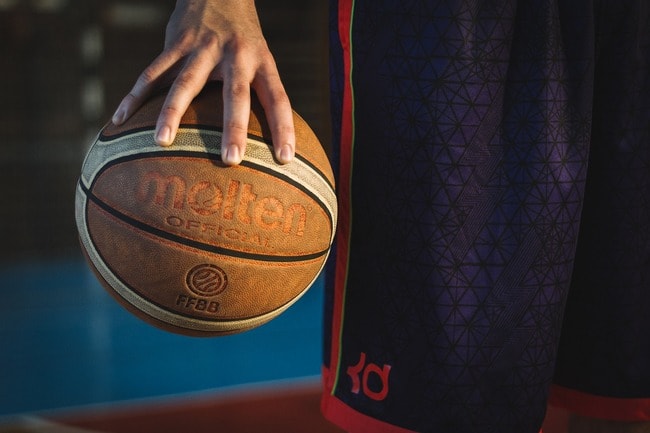 Go Canoeing on the Wierzyca River

In the summer, you can go canoeing or kayaking on the River Wierzyca which runs through the town. Interestingly Starogard Gdański actually has an island inside the town centre, barely noticeable as the bridges are very short. 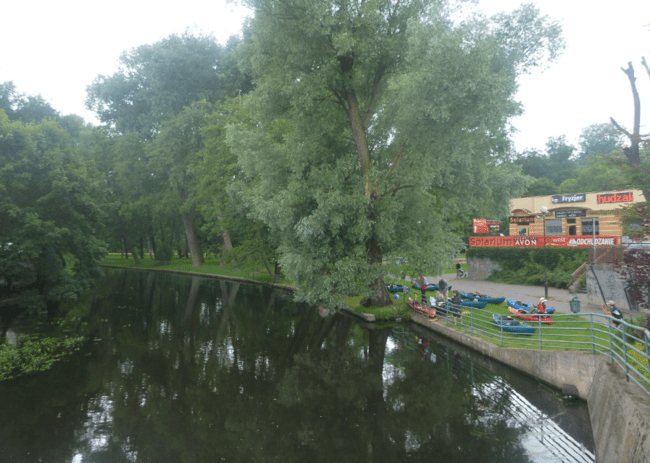 Canoeing on the Wierzcya River | © Northern Irishman in Poland

Museum
Muzeum Ziemi Kociewskiej | © Northern Irishman in Poland
The excellent Kociewski Museum (known as Muzeum Ziemi Kociewskiej) in the town centre is the perfect place to understand about Kociewian culture. With Starogard being the capital of this Kociewian region, there are many interesting artefacts within. Tickets are five złotych and it is closed on Sundays.
More Info
Open In Google Maps
2 Boczna, Starogard Gdański, 83-200, Poland
+48585624675
View menu
Visit website
Visit Facebook page
Send an Email
Give us feedback
Mon - Fri:
8:00 am - 4:00 pm
Sat:
10:00 am - 3:00 pm

Church
Kościół sw Katarzyny (St. Catherine’s Church) | © Don't Stop Living
While St. Matthew’s Church is the oldest and prettiest church in Starogard Gdański, St. Catherine’s is the tallest and most prominent when touring the town centre. It sits right on the corner by the Stary Rynek and appears in most photographs to promote the town.
More Info
Open In Google Maps
3 Tczewska, Starogard Gdański, Pomorskie, 83-200, Poland
+48585623787
View menu
Visit website
Visit Facebook page
Send an Email
Give us feedback

Pałac Wichertów is an elaborate palace that was built by Franz Wichert in the 19th-century. It’s an eclectic villa with a huge entrance arch and five statues at the front. It is also one of the sights on Starogard Gdanski’s tourist trail. 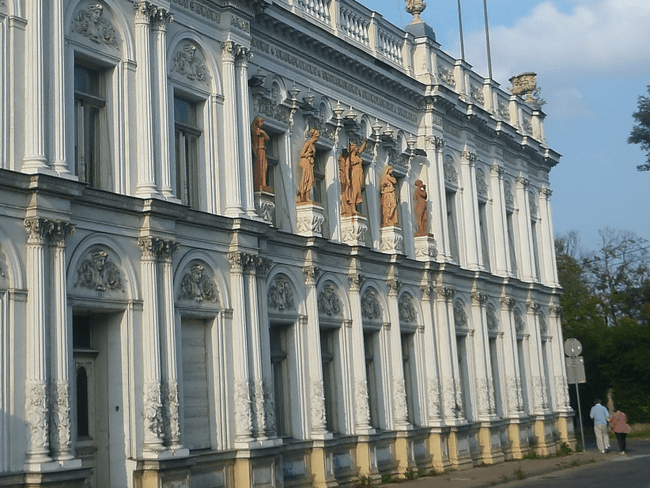 Sadly Starogard Gdanski was annexed by Nazi Germany during the Second World War, with many Polish and Jewish people executed in a forest nearby. There are a few memorials to the war in the town, but the most prominent is on the corner of Adama Mickiewicza and Generala Hallera Streets in a quiet park. 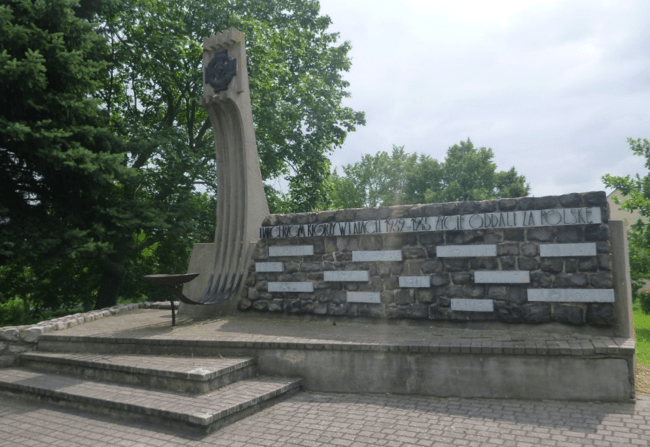