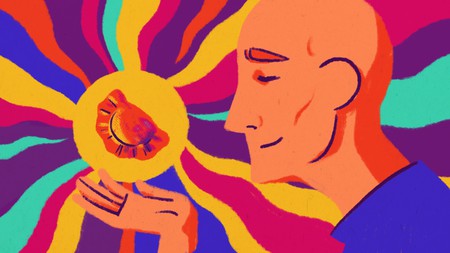 Step inside Milkbar Tomasza – the passion project of Dublin-born chef Tom Naughton, who made it his mission to bring back one of Kraków’s last remaining bary mleczne.

The milk bar, or bar mleczny in Polish, sprang up throughout Poland at the end of the 19th century and gained in popularity during the socialist postwar years. It was Stanisław Dłużewski, a member of Poland’s upper class, who opened the first milk bar in Warsaw in 1896. These government-subsidised workers’ canteens offered simple, healthy food at a low cost. Classic dishes including pierogi (dumplings) and gołąbki (stuffed cabbage) were among the specialities, reminding anyone with a Polish babcia (grandmother) what home-cooked food should taste like. As the name suggests, myriad milk products were also on offer. 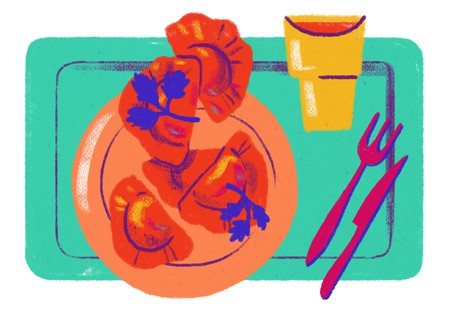 When the Communist regime took dominance in Poland following World War II, many “capitalist” restaurants were shut down by the government, leaving milk bars as one of the prime sources of food for many of the country’s workers whose companies lacked dining halls. These indispensable canteens served mostly vegetarian food, as meat was strictly rationed.

With the end of Communism came a boost to Poland’s economy and an improved quality of life for many. New restaurants opened throughout the thriving cities while milk bars fell out of favour. While once 40,000 milk bars had been in operation throughout the country, numbers quickly dwindled to a few hundred. In time even those began to close as more refined restaurants took the spotlight.

When Dublin-born chef Tom Naughton moved to Kraków in 1998, he noticed how few milk bars remained in the city, and what a fundamental thread they wove throughout history. Committed to his vision of helping his adopted home keep the milk bar culture alive, and eager to return to his culinary background, he contacted the Milkbar Association. Left without a reply, Tom set his sights on a long-running milk bar that fell into disrepair and eventually closed down. With less effort than he expected through the city’s public auction, he acquired the dilapidated property and following months of extensive renovations and dedicated work, brought it back to life. 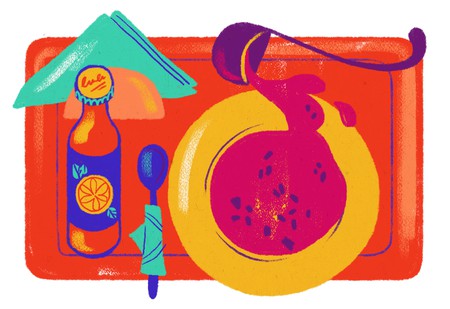 Milkbar Tomasza was born in December 2011 out of a simple desire to make “good quality food at a good price”. This cosy eatery, dressed with wooden tables and exposed brick, serves classics including soups and pierogi and a few international favourites like omelettes and panini. Loyal to his roots, Tom also offers his famous Irish breakfast. Steps away from Kraków’s Old Town Square, Rynek Główny, Tom’s communist-era-style-meets-the-modern-world canteen quickly became a staple in the neighbourhood. Years later it’s still a favourite local haunt for both his neighbours and globe-trotting passersby. Many even come to the milk bar to meet the man who revived this historic address himself.

The most recent addition to the mostly Polish menu is Nepalese food served once a week by Tom’s new Nepalese chef. But when it comes to the majority of cuisine in his milk bar, Tom stays true to his adopted land. His success has undoubtedly influenced the popularity of milk bars in Poland, with the few remaining in Kraków stepping up their service and a recent boom in milk bars in Warsaw. As far as Tom is concerned, this idea of “returning to basics with food” will continue to rise in demand, a wave he intends to ride – maybe even with a second Milkbar Tomasza – in the years ahead.