Artus Court, Gdańsk | © Diego Delso / WikiCommons
Gdańsk is a gorgeous harbour city on Poland’s stunning Baltic Coast. The city has continued to grow year-on-year with new museums, cafes, bars, restaurants and attractions opening all the time. You’ll want to keep up-to-date with the best of what the city has to offer. If you’re pushed for time, this quick ‘must-visit’ list will help you choose which of Gdańsk’s gems to enjoy.
Gdańsk © pp_sp1/Pixabay

Right in the centre of Gdańsk’s Długi Targ (Long Market) sits an instantly recognisable fountain with a statue of Neptune above it. A bronze sculpture dating back to the seventeenth century, Neptune’s Fountain is an absolute icon of Gdańsk and it would be hard to miss it when traipsing through the centre of the city. 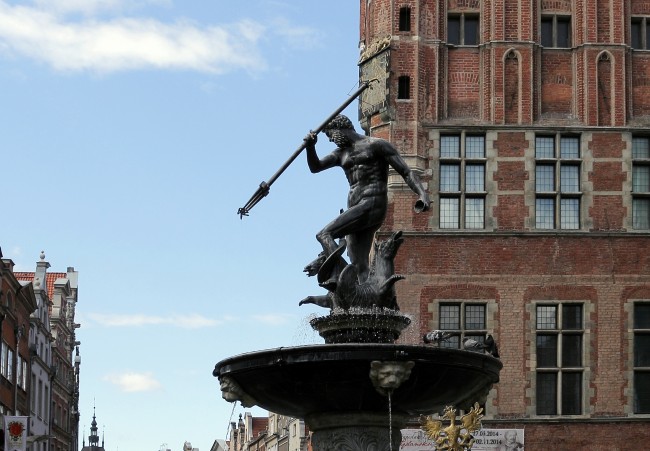 A trip out to the Westerplatte peninsula will fulfil the interests of all history buffs, as it was here that the Germans launched their attacks on September 1, 1939. These days, the peninsula is a huge outdoor museum and memorial to the events that occurred during World War II. 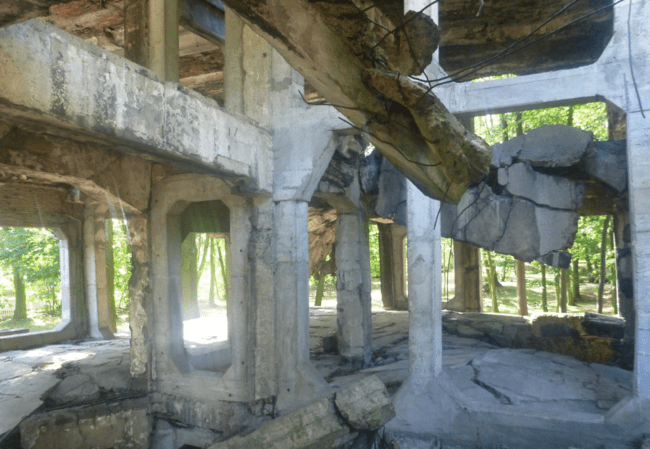 Church, Cathedral
St. Mary's Basilica (Bazylika Mariacka | © Thomas Quine/Flickr
The magnificent St. Mary’s Basilica in Gdańsk is a huge Roman Catholic church dating back to 1343. It is rumoured to contain more red bricks than any other church in the world and is listed as one of the world’s largest brick churches. You’ll not want to miss it. Head up the long series of steps to the top for scintillating views of Gdańsk.
More Info
Open In Google Maps
5 Podkramarska, Gdańsk, Pomorskie, 80-834, Poland
+48583013982
Visit website

Down by the riverfront in Gdańsk at the National Maritime Museum, you will notice a black building sticking out among the others. This will be The Crane. It is no longer functioning, but worth checking out and reading the information boards inside the lower gates. 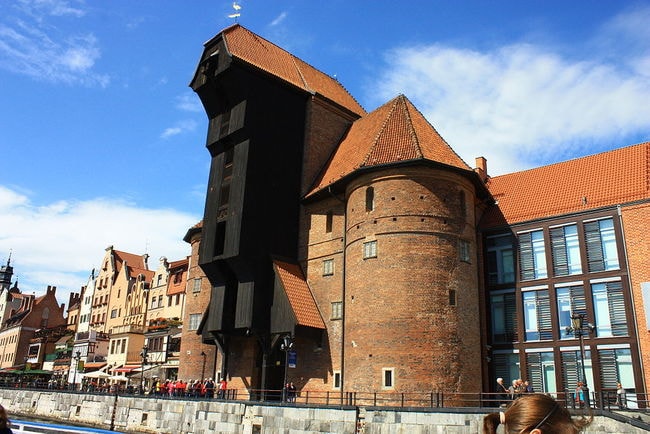 Translated into English as ‘Long Lane’, Ulica Długa is the main street and hub of Gdańsk. Enjoy the views, get snap happy and eat and drink in the many bars, cafes and restaurants all around. This is one of the prettiest streets in all of Poland. 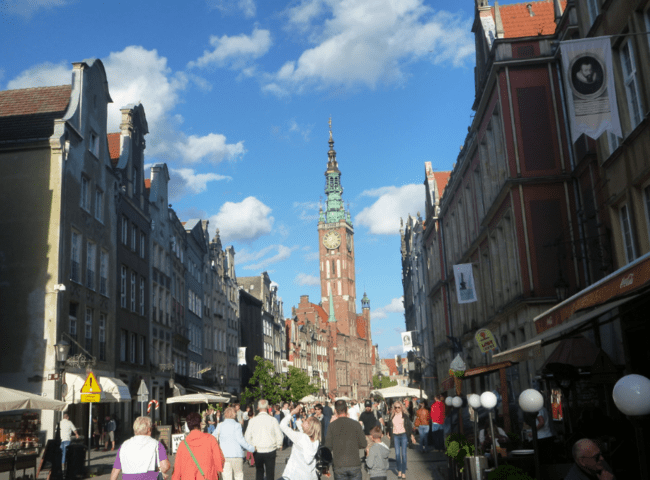 Building, Market, Museum
Gdańsk Ratusz | © Northern Irishman in Poland
With its distinctive Clock Tower, torn history, prominent location and lookout point (from the top), the Ratusz is as good as it gets for any tourist visiting Gdańsk. It is not only a town hall, it also is host to a history museum. Stop by for a tour and an interesting history lesson.
More Info
Open In Google Maps
46 Długa, Gdańsk, Pomorskie, 80-831, Poland
+48514222205
Visit website

Museum
"Sąd Ostateczny" | © WikiCommons
As a travel tip, the National Museum in Gdańsk offers free entry every Friday and houses one of the most incredible paintings in Poland. It was painted by a German in the fifteenth century and is known locally as ‘Sąd Ostateczny’, which means ‘The Last Judgement’. Aside from this, the museum has many rooms dedicated to both local and national history.
More Info
Open In Google Maps
1 Toruńska, Gdańsk, Pomorskie, 80-822, Poland
+48583016804
Visit website

Attractions all their own and accessible by tram or the local SKM trains, the murals in the neighborhood of Zaspa are something to behold. Nearly all the outer walls of the school and apartment buildings in this community have large, well-designed paintings on them. There are over 60 murals to admire. Zaspa, which is also where Lech Wałęsa hails from, is still an ‘off the beaten path’ tourist attraction, so make sure to visit before it gets overrun. 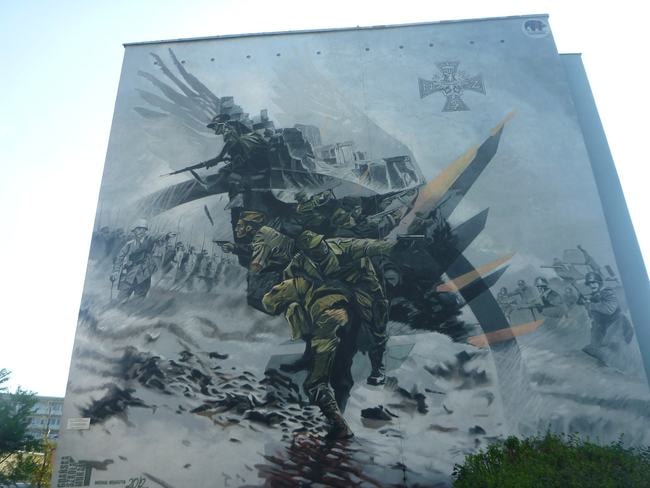 Museum
Gdańsk and the Pomerania Province have an extensive history in amber. To get a real understanding for it, and to be able to buy unique amber souvenirs, go on a tour of the Amber Museum in front of Gdańsk’s Golden Gate.
More Info
Open In Google Maps
26 Targ Węglowy, Gdańsk, Pomorskie, 80-836, Poland
+48514222205
Visit website

Museum
European Solidarity Centre | © Justyna Malinowska / WikiCommons
The European Solidarity Centre is a huge building down by Gdańsk’s dockyard area just behind the Solidarity Monument. There are a few must-see sights here all in a small area. First, the memorial itself, then the huge museum, and thirdly, the smaller building to the right (called Sala BHP). This is where Lech Wałęsa famously signed the agreement in August 1980 permitting the Solidarnośc Trade Union movement, which helped influence the fall of Communism.
More Info
Open In Google Maps
1 pI. Solidarności, Młyniska Gdańsk, Pomorskie, 80-863, Poland
+48587724112
Visit website

Museum of the Second World War

One of the newest and most recommended attractions in Gdańsk is the World War II Museum. It opened in March 2017 and is home to one of the most graphic interpretations of Poland and Europe during the war. Check the official website for upcoming events and exhibitions.

One attraction not to be missed (but one that often gets overlooked), is an original Fahrenheit Thermometer. If you’re wondering why it’s residing in Gdańsk, the guy who invented it, Daniel Fahrenheit, grew up here. Blink and you might miss it. It sits almost directly opposite Neptune’s Fountain in Długi Targ. 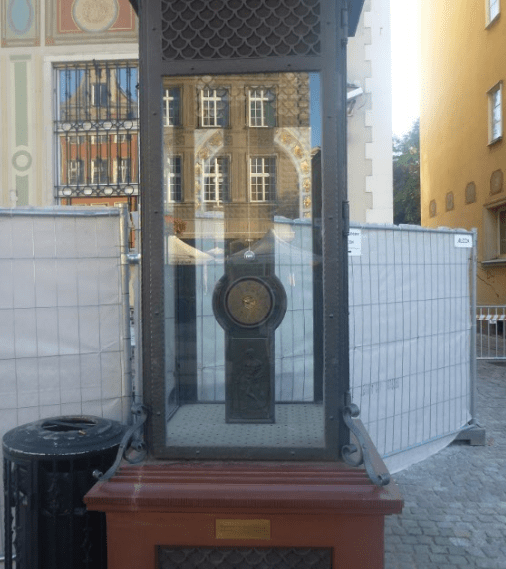 Museum
Artus Court, Gdańsk | © Diego Delso / WikiCommons
On Długi Targ, right in front of City Hall, sits Artus Court, a striking building from the outside and one that has a trading history. It now functions as a museum, where you can quench your thirst for local knowledge.
More Info
Open In Google Maps
Gdańsk, Pomorskie, 80-831, Poland
+48514222205
Visit website

You can get a feel for the military history of Gdańsk at the Great Armoury, which used to store weapons. Now it functions as a building with intermittent exhibitions. It’s main function these days is to be admired; so if you’re passing by, spend a few moments taking photos and selfies. 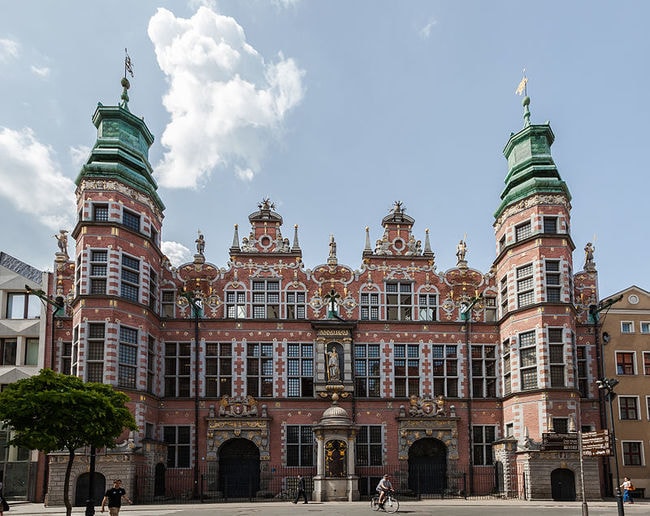 Those who love plays will appreciate the fact that Gdańsk has its very own theatre dedicated to William Shakespeare. Once a year it hosts a fantastic Shakespeare Festival, so look out for that. 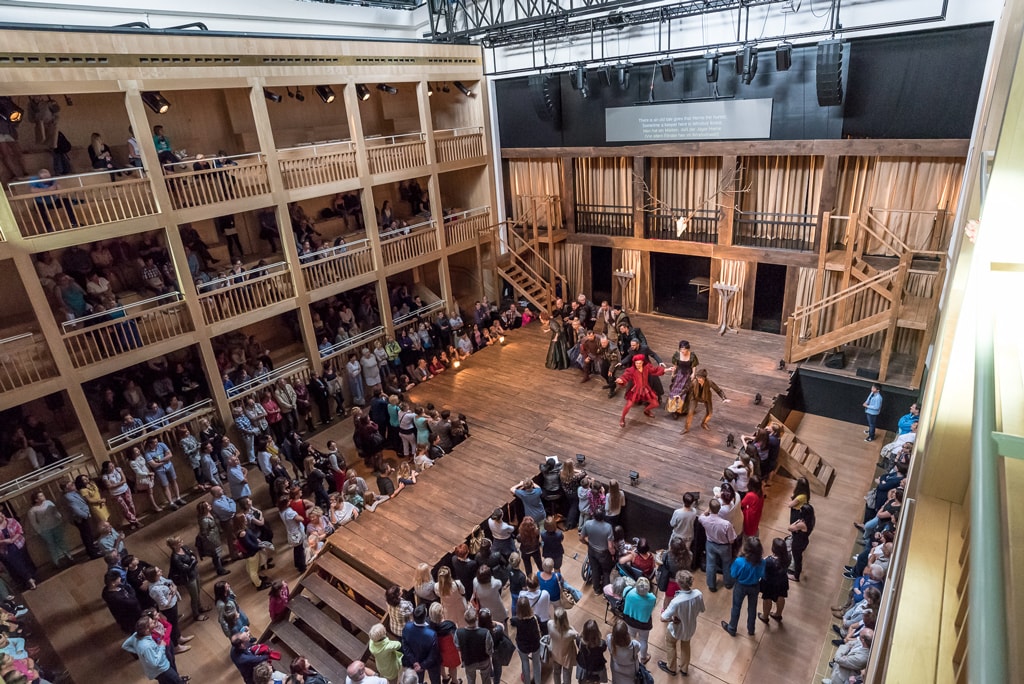 If you are lucky enough to be in Gdańsk in summer, do not miss the excellent St. Dominik’s Fair. The streets come alive with market stalls and food stalls. With nightly music, entertainment and a real festive atmosphere, this is a festival that you will remember for years to come. It is held on various streets in and around the city centre. 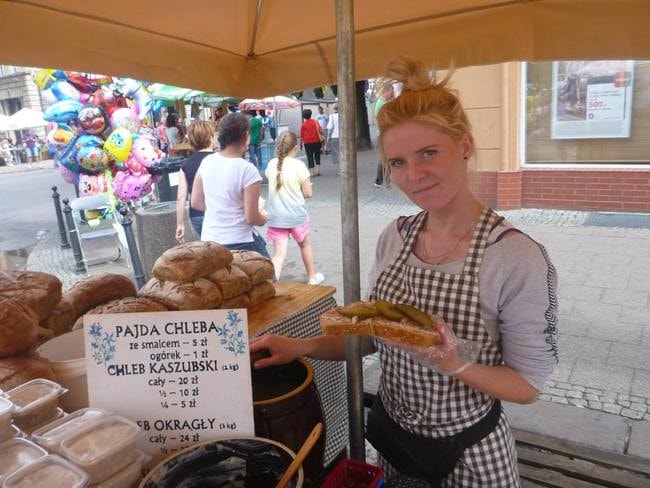