Why You Should Visit Olympen, Norway's Historical Restaurant 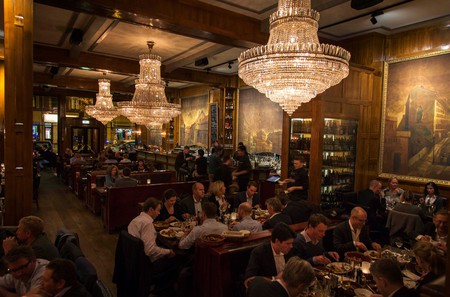 Olympen restaurant is a bit like Oslo city itself: they both have changed significantly over the years without ever losing their identity. Located in the heart of the quickly gentrifying Grønland neighborhood, Olympen or ‘Lompa’, as the locals call it, has been there in some form or another since 1892. Here’s why you need to step inside this historical place and enjoy a meal with a slice of nostalgia.

Grønlandsleiret 15 certainly has a long history. Olympen (named after Olympus, where the Ancient Greek Gods lived) was built in 1892 by Schous Brewery. For 10 years, from 1894 to 1904, Olympen was rented out as a theater called ‘Olympen Christiania Morskabsteater’, operated by the People’s Theater in Grønland.

Its first reincarnation as a cafe and restaurant took place in 1904, when it was renovated by Jørgen and Cathinka Jensens – but that was only the beginning. In 1927, architect Lars Backer changed the facade and expanded the building, including a roof terrace. In the ’60s, Olympen was refurbished twice. It was reimagined as a ‘French den’ for the people of the East Side (as the city’s divide into East and West sides was very prominent back then) but when that didn’t take, it returned to its previous style, operating mainly as a beer hall.

Flash forward to 2006, when the doors closed for another refurbishment and opened a year later to great success. The decor still maintains the continental style ‘Lompa’ has been known for, with heavy chandeliers, dark wood and brass details. The paintings, depicting motifs from Grønland and Enerhaugen, are actually of great cultural value. Painted by Hans Henrik Sartz Backer in 1928, they act as a window into a past long gone, but not forgotten. 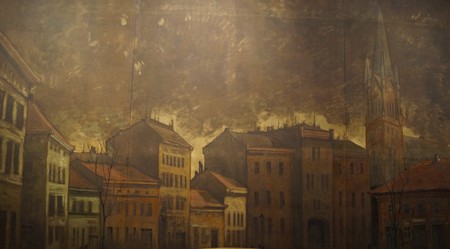 This painting shows the original building | Courtesy of Olympen restaurant

In a city where eating out is always a bit of a luxury, Olympen manages to serve food that is both classy and affordable. The cuisine is Nordic but with a modern touch and some continental and pub elements. You will find classics like baked cod with egg, shrimps, horseradish, browned butter and potatoes, or even a simple but great steak tartar with french fries. For big companies, there is even a roast pig menu (that you need to order in advance). Their desserts are also unabashedly Norwegian: think marinated strawberries with sour cream sorbet and basil. 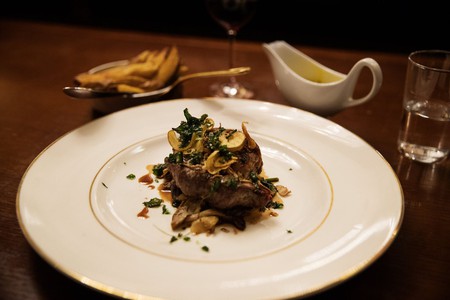 The food at Olympen is hearty and luxurious

Olympen’s past as a beer hall is still evident: to this day, they serve about 150 types of beer. But if you want to sip on a cocktail at one of Oslo’s best cocktail bars, all you need to do is… stay at Olympen. On the second floor, Pigalle still maintains the art-deco feel and French aesthetics from one of Olympen’s former lifetimes, but also serves cocktails that are on point (and some of them on tap) and cool South American bites in the courtyard. 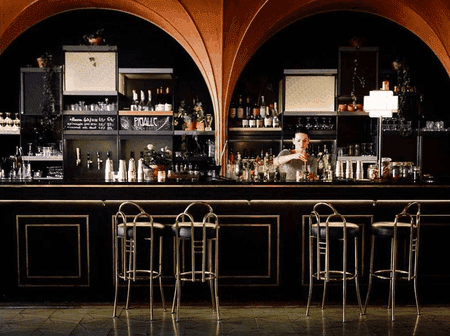 Pigalle | © Pigalle
Give us feedback