Why Norway's Wildlife Safaris Are a Nature Lover's Dream 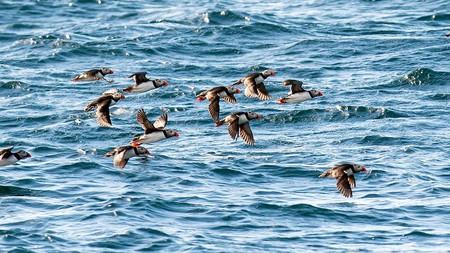 You can go on a puffin safari in Andøya | © Puffin Safari

Going on a wildlife safari in Norway should really be on your bucket list – Norway’s nature is breathtaking. Due to the vast size of the country, the sparse population and the diverse landscapes, the wildlife here is spectaular. Whether you’re dreaming of a close encounter with majestic creatures of the sea, the land or the sky, head to Norway to make your dreams come true.

Birdwatchers, rejoice. There are 516 (and counting) recorded species you can encounter in Norway – just pick the one that takes your fancy. If you’re dreaming of meeting puffins, for instance, the seabird colony near Andøya in Northern Norway is just the place for you, with 80,000 pairs of puffins that you can see on an organized safari. Or you can head towards the fishing village of Gjesvær in Finnmark and visit the Gjesværstappan Nature Reserve in Norway’s northernmost archipelago. You’ll be in good company, as more than 350,000 birds call this place home.

In mountainous areas such as the Trondheimsfjord and the Vega archipelago, you can spot dotterel, horned lark, snow bunting and even a snowy owl or two. In the west of the country you can spot divers and wildfowl, whereas in Finnmark you’ll have the chance to see Arctic species like king eider. As for Northern Norway, white-tailed eagles await – a species so prominent in Norway they even ‘exported’ some to Scotland to help regrow the local population. 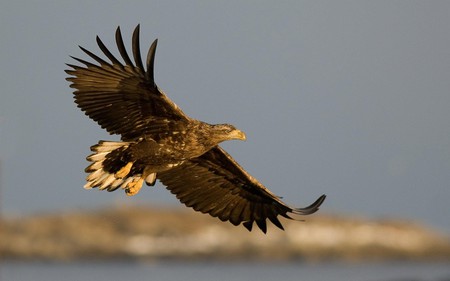 You probably already know about the reindeer population in Norway, that you can meet, ride and play with in the Alta region. Norwegian forests and natural parks are also full of deer, but if you want to see something truly spectacular you should head to Dovrefjell-Sunndalsfjella national park. This intact alpine ecosystem where the counties of Sør-Trøndelag, Møre og Romsdal and Oppland meet, is home to the rare species of musk ox. Musk oxen are huge, weighting up to 400 kilos, and can be aggressive if you get too close – but from June to September you can observe them from a safe distance by joining a guided walking safari. 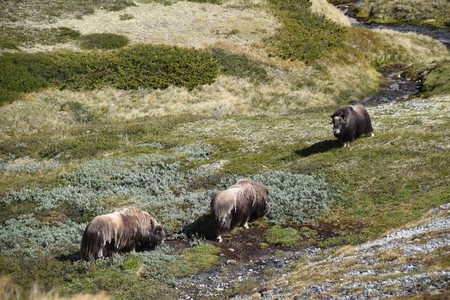 Of course, a wildlife safari in Norway would not be complete without some whale-watching. There are many whale species that grace Norway with a visit each summer, from sperm whales to humpbacks and pilot and minke whales to killer whales. Dolphins are also very common visitors to the Norwegian coast.

The best place to watch the whales is probably the Vesterålen archipelago, north of the Lofoten Islands. A whale safari there will take you as close to these magnificent creatures as possible, with the added bonus of spectacular scenery. The whales in Vesterålen swim very close to the land, so you’re almost certain to encounter them. This place is not called, ‘Kingdom of the Whales’ for nothing. 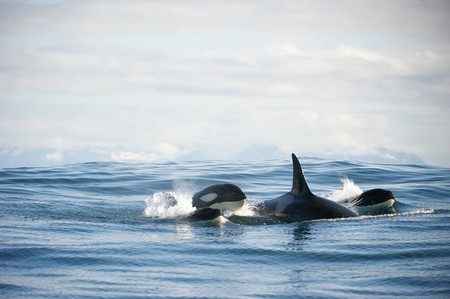 Orcas and humpback whales feeding on herring in the Vesterålen region | © Marten Bril, Visit Vesterålen
Give us feedback