Why Does Norway Have So Many Tesla Cars? 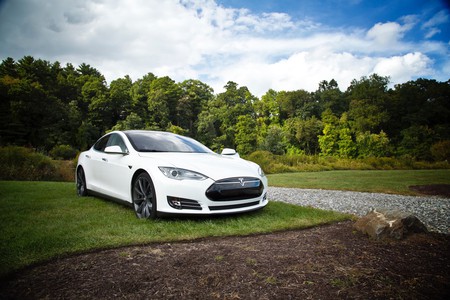 In most European countries, you will probably spot one. We’re talking about Tesla cars: Norway, and particularly Oslo, has the biggest number of Tesla cars per capita in the whole world, to the point that you hardly see a “regular” car anymore in the streets. But what’s the reason behind this? Below, we’re trying to shine a light on the reasons why the electric car is such a big hit in the Land of the Vikings.

It’s good for the environment

Let’s start with the obvious: electric cars are more environmentally friendly, and Norwegians care deeply about the environment. Going zero commissions and reducing air pollution is a point of pride for this country, along with its extensive recycling network – and electric cars is the way to get there. Especially when almost all of Norway’s electricity comes from hydropower, so it’s cheap and clean to begin with, and can power all these electric cars. 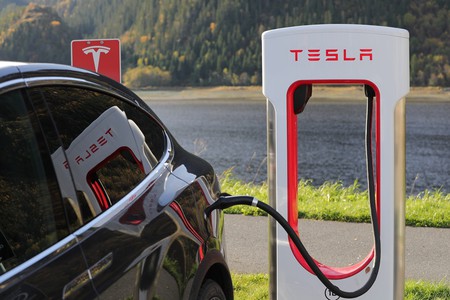 A Tesla Car charging next to a fjord | © Blomst / Pixabay

It makes your everyday life easier

Driving a Tesla car in Norway has many perks. For one, you get free parking. And you can drive in the bus lane which is significantly faster (something that would accrue heavy fines if you had a “regular” car). Also they’re very efficient: a Tesla car can go from zero to 100km per hour in just 3.1 seconds, which makes them a breeze to drive and easy to handle when you have to react fast on the road. Plus, because electric cars are so popular, there are charging stations everywhere (the city of Oslo has about 2,000 of them) so you never have to worry about running low on power. And did we mention that charging them is completely free, too? 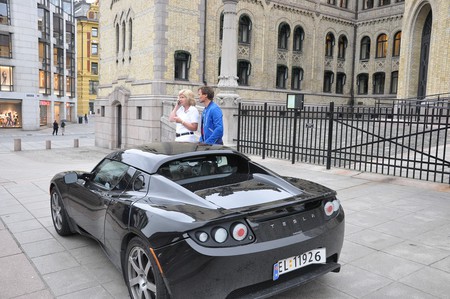 Have you heard the rumour that if you want to buy an electric car in Norway, the government will pay half of it? Well, there’s some truth to that: although Teslas are expensive cars, you save a lot of money on taxes (as you don’t have to pay registration fees and get tax deductions for owning electric cars, versus the steep taxation on “regular” cars), so it evens out. It’s currently more cost-effective to buy a Tesla car in Norway than to buy a BMW, for instance. But you also save money in your everyday life by using an electric car: for instance, you don’t have to pay any tolls to go in and out of Oslo. 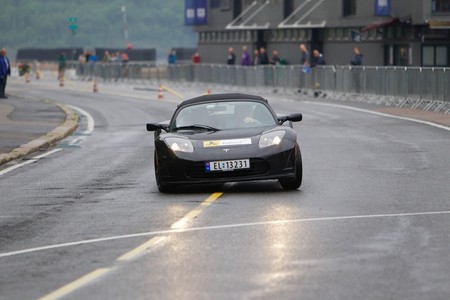 The government wants you to have them

It’s not just easier for you to buy a Tesla car in Norway, it’s also easier for the companies to sell them, as the government offers them the opportunity to avoid paying sales taxes for selling electric cars. This is all part of the plan to end sales of gasoline and diesel vehicles by 2025, which might sound ironic for a country whose economy is basically sustained by oil and fossil fuels. But Norwegians will tell you that the system works: they extract oil in a greener way than other countries, they sell it to the countries who need it the most, and use their significant resources to make their own country as green and oil-free as possible. Teslas are the most logical step in that direction.

If you want to learn more on the subject, this mini-documentary by Vox is a must-watch.