Why You Need to Visit This Luxury Hotel in Norway 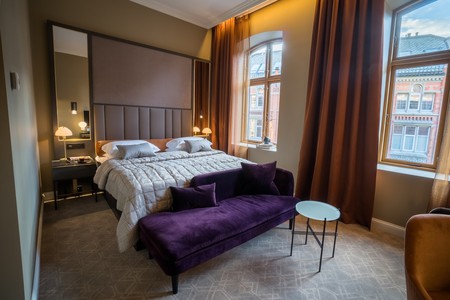 Being one of the most popular tourist destinations in the country, Bergen is definitely not short on great hotels. But the newly opened Opus XVI is not just a hotel: managed by Edvard Grieg’s relatives, this historic building in the heart of Bergen aims to offer its guests a taste of the famous classical composer’s remarkable life.

The name Edvard Grieg comes up a lot in Bergen. The classical composer and pianist was born here in 1843, and there are traces of his legacy everywhere. There is Grieghallen (the city’s largest concert building), Grieg Academy (the advanced music school) and several statues in his honor all over the city. And of course, there is The Edvard Grieg Museum at his former home in Troldhaugen, just outside Bergen. But Norway’s most famous musician also left another kind of legacy: his family. The Grieg name, originally from Scotland (Edvard Grieg’s great-grandfather settled in Norway after the Battle of Culloden), has been carried out through generations until this day. And his relatives just opened an Edvard Grieg Heritage Hotel. 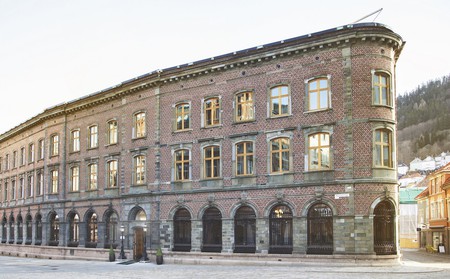 The exterior of Opus XVI hotel in Bergen | © Opus XVI

A city landmark with ties to the Grieg family

The building for the luxury hotel Opus XVI wasn’t selected randomly. Banco Rotto, as it is also called, is a Bergen landmark because of its characteristic architectural style and its distinctive brick facade. Originally designed in 1876 to be Bergen’s largest bank, it has been extended twice since, its last extension being the work of architect Schak Bull, Edvard Grieg’s cousin (who also designed Edvard Grieg’s residence in Troldhaugen). The owners have striven to preserve and enrich the building’s unique foundation, while creating a modern boutique experience. Once you step into the open grand room on the main floor and marvel at the heavy granite walls and ionic columns in polished marble, this becomes evident. 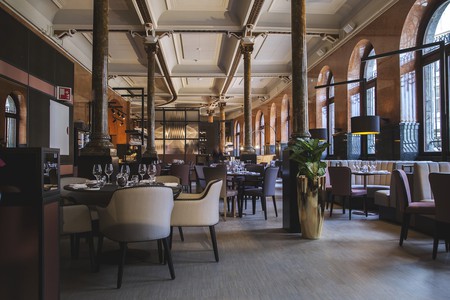 Not just another luxury hotel

Thanks to the building’s unique architecture, there is a variety of room types to choose from – most notable among them being the mini suite on the 4th floor, which offers skylights facing Mount Fløyen and a window facing the atrium. Opus XVI also has a restaurant and café that manage to maintain a warm and welcoming atmosphere while remaining luxurious. But the most important feature of the hotel is that it makes you feel like you’re a part of the composer’s and the city’s history. Excerpts from the composer’s life can be found at a mini exhibition: you can read tales of his travels and learn about his friendships with important figures of the era such as Henrik Ibsen, Norway’s great poet Bjørnstjerne Bjørnson and Hungarian composer Franz Liszt. 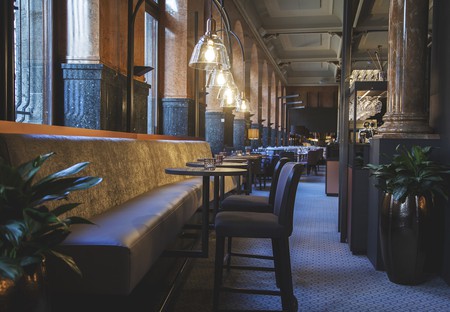 The bar at the Opus XVI hotel | © Opus XVI

Your base for exploring Bergen

There’s definitely much to see in the city, and the location of Opus XVI will help you get started. In just a few steps from its main entrance, you’ll reach Bryggen, the Hanseatic Wharf that’s also a UNESCO World Heritage Site. You will have the chance to discover the fish market and the shops, and hop on the funicular that will take you all the way up to Mount Fløyen. Given how Edvard Grieg loved to travel and explore the world, we have a feeling he would approve of the hotel’s location. 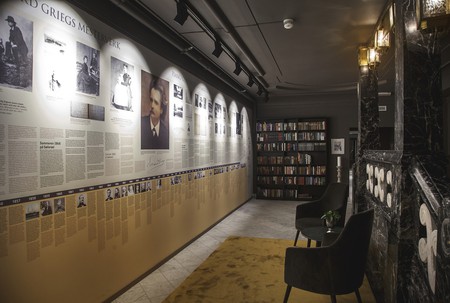