The Most Beautiful Libraries in Book-Loving Scandinavia 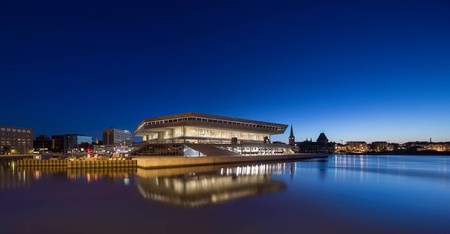 Jorge Luis Borges believed paradise to be a kind of library. Well, Jorge Luis Borges would have been very happy in Scandinavia, the home of several such paradises, all of them immaculately designed. Below, we’ve gathered the most impressive libraries in the Nordic countries for you to rest your eyes on and perhaps plan your next bookworm escapade.

Created by Norwegian architects Helen & Hard, this gem of a library in Vennesla municipality doubles as a cultural centre where live events take place. The geometrical building incorporates high-standard energy-saving solutions while at the same time maintaining an almost organic, cozy feel, with private booths where you can sit and lose yourself in your favorite book. 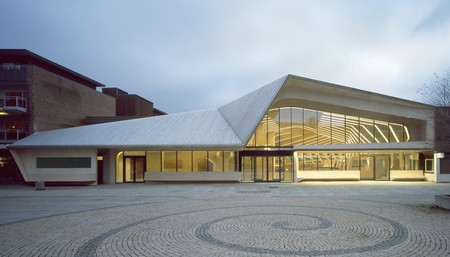 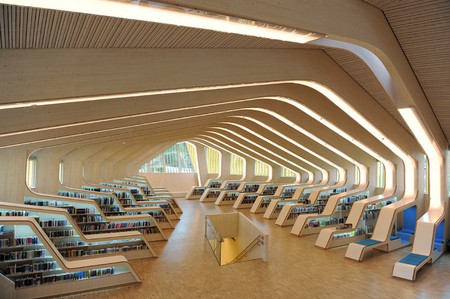 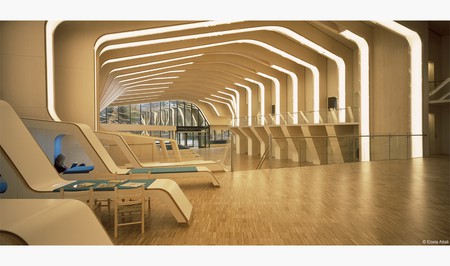 If Westeros has the Citadel, Sweden has Stockholm’s State Library, and they’re both equally round and breathtaking. Designed by Swedish architect Gunnar Asplund, who also designed the UNESCO World Heritage-listed Woodland Cemetery, this library’s impressive round main hall is home to books in every Nordic language. Its white, textured roof was designed to look like clouds. 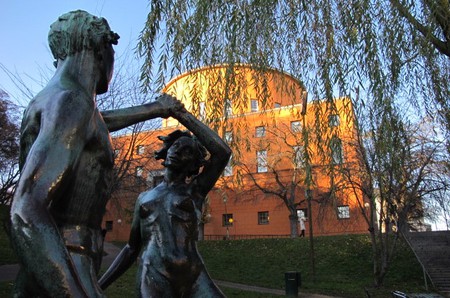 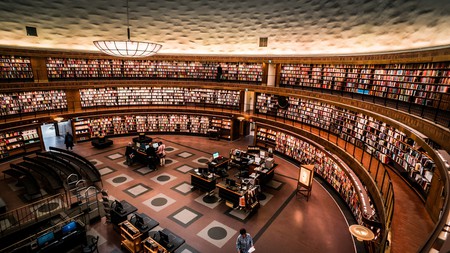 Talk about both quality and quantity: not only was this polygonal building next to the river in Aarhus awarded the prize for best public library of 2016, it is also the largest library in Scandinavia at 323,000 square feet (30,008 square meters). Design gems await you at every step, from the intricate installation in the parking lot to the elaborate playground and the many reading spaces.

Dokk1 view from the harbour | Courtesy of SHL Architects 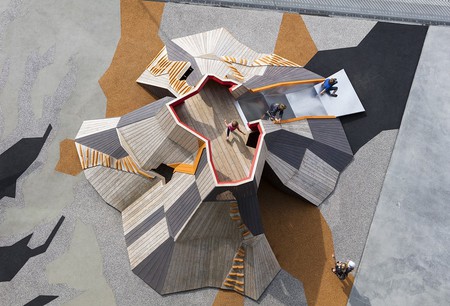 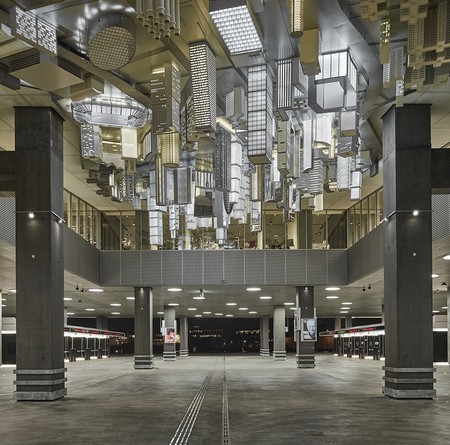 Bodø aims to be a European Capital of Culture in 2024, and their new library and cultural center certainly goes a long way towards achieving that goal. The white concrete building (that includes a three-auditorium concert hall, in addition to a huge amount of dedicated reading space) sits on the plot of a former bus station, with a row of floor-to-ceiling windows overlooking the city’s harbor. 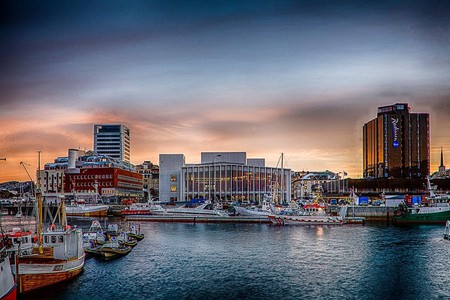 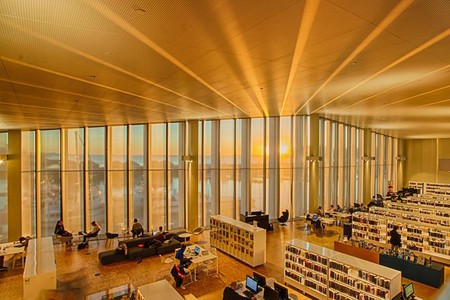 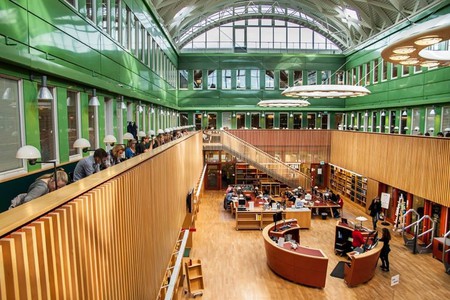 Designed by ALA Architects, Helsinki’s new Central Library is currently being built, and is set to open in 2018. Touted as the city’s new “living room,” the library will include a 3D printer, a movie theater, and a music studio. 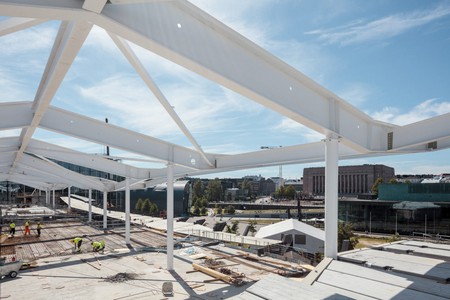 Construction of Helsinki Public Library | Courtesy of ALA Architects 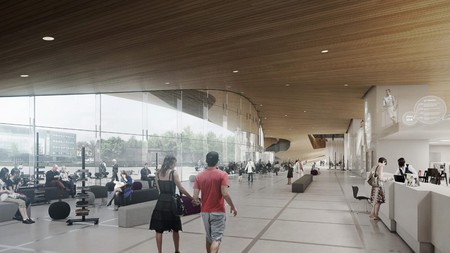 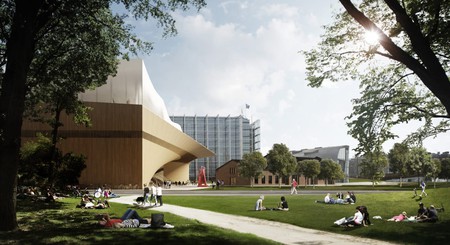 Outdoor view of Helsinki Public Library | Courtesy of ALA Architects

The Royal Library was originally built in 1648, but it was renovated in 1999, and its current reincarnation is locally known as “The Black Diamond,” thanks to its shiny black metal and clear-glass design. Inside, you’ll find philosopher Søren Kierkegaard’s original manuscripts, among countless other literary treasures. 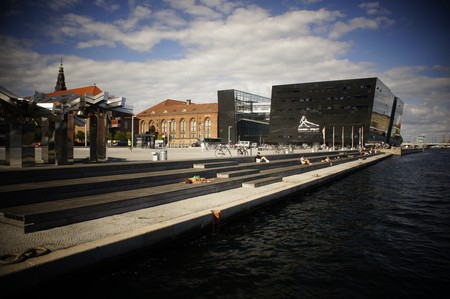 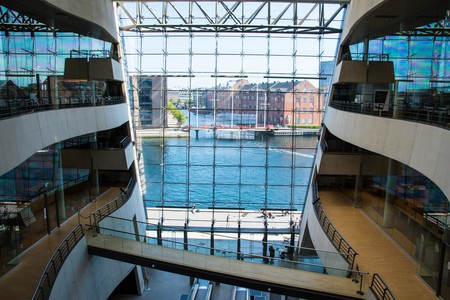 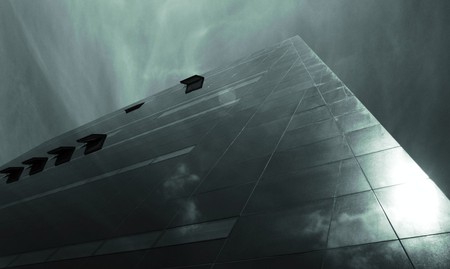 A library that glows in the dark, and has changing colors based on the activities and events that are taking place inside? Sounds like a magical place – and in 2018, it will be a reality. The new main branch of Oslo’s public library, Deichman, is under construction in Bjørvika (another example of Oslo’s booming architecture scene) and, apart from books, it will also include a movie theater, media workshops, gaming zones, lounges, and a restaurant. 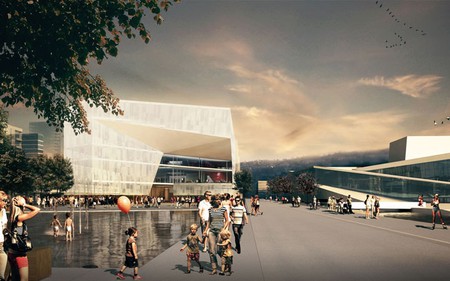 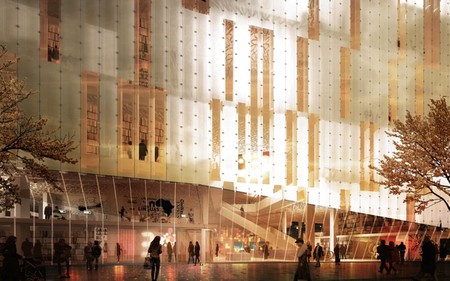