Ski Destinations in Oslo You Can Take the Train To 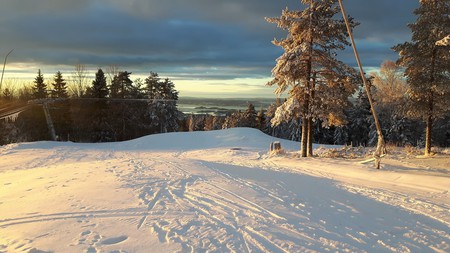 Oslo is probably the only city in the world where ‘hitting the ski slopes’ is as simple as hopping onto the nearest public transportation — and be there in less than an hour. Plus, Norway’s climate means that you can ski until well into April, sometimes even later than that. So next time you see someone with a full ski attire and batons on the subway or the train, don’t be surprised: they’re probably headed to one of these destinations.

Just a subway ride away (line 1 to Frognerseteren), the biggest ski area in the Oslo county awaits. Oslo Winter Park, or Vinterpark in Norwegian, has something for everyone: 18 slopes (that range from beginners’ to very exciting), 11 lifts and a vertical fall of 381 meters — as well as a ski school, rentals and repair, a cafe and Europe’s only SuperPipe (a halfpipe made of snow with a 22′ wall) that’s open to the public. Did we mention that it’s just 40 minutes from the city centre? 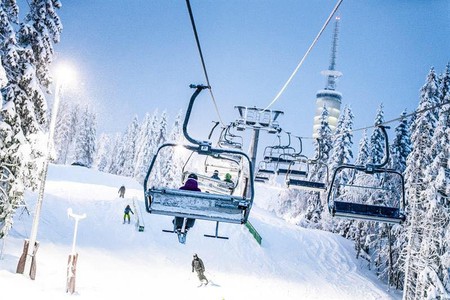 The lifts at Oslo Winter Park | Courtesy of Oslo Vinterpark

If 40 minutes sounds like a lot of time for you, Oslo has an even better offer to make: take the 19 tram to Ljabru, and 25 minutes later you’ll be in Ljan Alpin. This ski resort offers courses that range from beginners to competition hunters — or you can just have fun skiing by yourself and indulging to freshly made waffles in the kiosk afterwards. They’re also doing #freefridays, where every Friday the elevator is for free, and all you need to access it is your key-card (which you can buy for 75 kr and you can use it every time you visit). 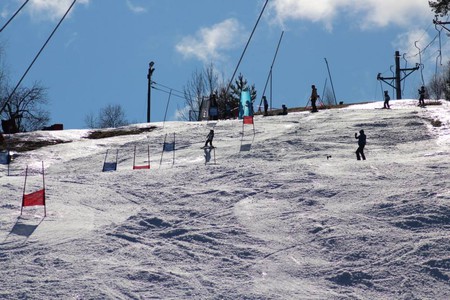 On the east side of Kolsåstoppen, lies the largest ski resort in Bærum, with slopes for the whole family. To reach it from central Oslo, you have two choices: you can take the 150 bus to Gullhaug from central Oslo and settle down for a 40-minute ride, or you can take the L2 train to Stabekk and the 150 bus from there, to split the distance. In any case, you won’t want for anything once you get there. 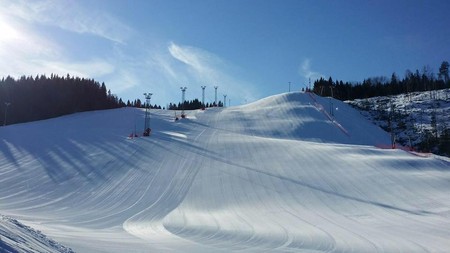 This ski resort north of Oslo city centre has two different hills for you to choose from, Grefsenkleiva and Trollvannskleiva — the first one being better suited to experienced skiers and snowboarders, while the second is perfect for beginners and families. No matter which one you choose though, you will have to walk a bit to get there: you can take the 11 tram to Grefsen stadium and walk for about half an hour to get to the Trollvannskleiva, or the 31 bus to Stig and walk for about 10 minutes for Grefsenkleiva. 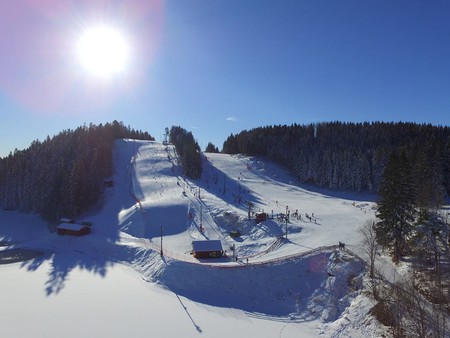 Don’t fancy walking on your ski attire? Then you should consider Varingskollen, in Hakadal. It’s 30 minutes from central Oslo (take the L3 train to Jaren) but more importantly, the train stops right outside the park’s entrance and runs regularly until after closing time. Here you’ll find exciting slopes for both beginners and experienced alpinists, as well as one of the best terrain parks in Europe for snowboarding — this is where the athletes of the National team come to train! But regardless of your level, Varingskollen is a destination for the whole family, with many places to eat and fun activities for a full day in the snow. 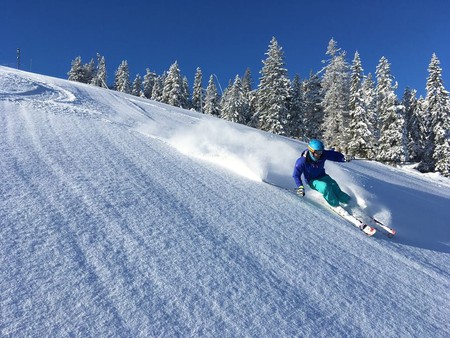 At the Kirkerudbakken ski centre, you can try a bit of everything: from Alpine skiing, to telemark and even snowboard. There is a slalom hill and a terrain park with rails and jump, that will keep everyone satisfied, as well as a family trail so that you can train with your kids. To get there, you can take the L13 train to Sandvika and from there the 240 bus to Kirkerud — you will arrive in about 35 minutes. Just make sure to stay long enough to watch the sunset. 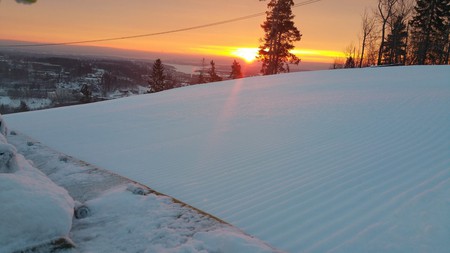 Sunset at the slope | Courtesy of Kirkerudbakken skisenter
Give us feedback