Norwegian Phrases You Need to Know 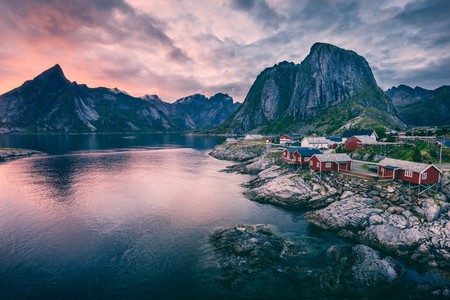 If we’re being honest, the vast majority of Norwegians speak English so well that chances are you can get away without uttering a single word in Norwegian throughout your trip. But why would you want to? Learning how to say (and respond to) a few simple phrases in the local language is a great way to show your appreciation for services offered. Plus, you will definitely impress your Norwegian friends and acquaintances. Your “Norwegian phrases 101” class begins here.

Pronounced exactly like “hi”, only twice. Hei hei is Norwegian for hello, and it applies to both formal (like an employee greeting you at the bank) and informal situations (like a friend meeting you on the street). 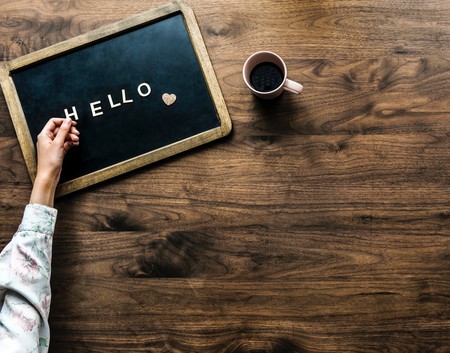 It’s pronounced gor deh bra meh di although sometimes, depending on the Norwegian dialect the person is talking, the first two syllables can be said so fast it sounds more like “gor e bra meh di“. This phrase – which literally means “goes it well with you?” – is used as “are you okay?”. Along with “hvordan går det” (voordan gor deh; how goes it), it is one of the most common questions you would ask when you really don’t expect the other person to reply anything other than “I’m fine”, which brings us to the next phrase…

If Norway had a national phrase, this would be it. Det går bra (deh goh bra) literally translates to, “that goes well” – but it has more uses than a Swiss army knife. You would respond “det går bra” when asked how are you doing, but it’s also a way to say you’re okay with something that happened. So from a stranger bumping you accidentally on the street, to a vendor not having the exact product you want, to falling down (literally or metaphorically), the Norwegian way is to dust yourself off and say, “det går bra”. It’s not just a phrase, it’s a whole attitude. 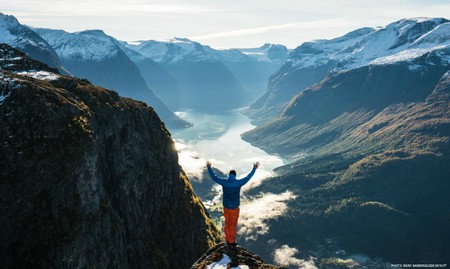 Voor meeh coste deh is a way of asking, “how much does this cost?”. A useful phrase when there is no price tag, or when you just can’t believe your eyes because that number on the price tag is just unrealistic – which will be often. This is Norway, after all.

You probably won’t have to say these words yourself (unless you’re planning to move to Norway and start working here). But you’ll hear them everywhere, from the smallest grocery store to the largest boutique. Pronounced trenghe doo un poose/kveetehrin, it is a standard question to see if you need (i.e. would like) a bag or the receipt for what you just purchased. The reason behind this question is environmental, to save the unwanted paper and plastic that usually go to waste. For the same reason, bags cost extra in Norway and all the locals bring their own bags. So the ideal response would be, “nei, takk” (ni, tak; no, thanks). But if you do need a bag, you will have to specify if you need more than one. 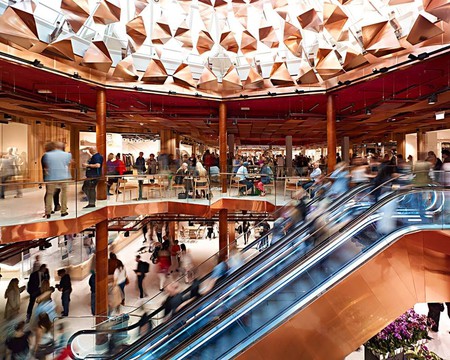 The interior of Paleet looks like a busy but elegant beehive | © Einar Aslaksen, Courtesy of Paleet

It may literally translate to “a thousand thanks”, but tusen takk (toosen tak) is not as formal as its English equivalent would imply. It’s just the Norwegian way of saying “thanks so much”, and it is usually preferred to just “takk”, which depending on the occasion can be considered a bit rude. If you need a slightly more formal alternative to “tusen takk”, consider using “takk skal du ha” (tak skal doo ha; thanks you shall have). It is the perfect way to thank an employee at a store but bear in mind it can also be used in a sarcastic way – just like “wow, thanks so much” can have sarcastic undertones depending on the situation.

Another key national phrase – albeit one that’s slowly dying out as families become more modern and secular. “Takk for maten” (tak fo matn; thanks for the food) has its roots in Norway’s Lutheran past. It was said in the family table, mostly by the children, and addressed to the person who had cooked dinner. Although not all families use it nowadays, it is expected and the polite thing to do when you’re a guest at a dinner table (but not at a restaurant, for instance). 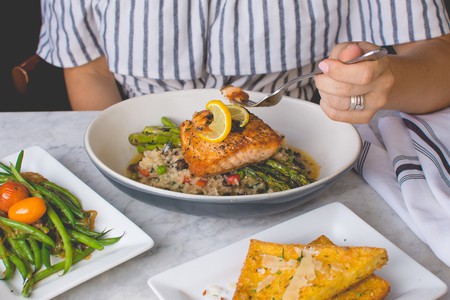 You should always say, "takk for maten" when you finish eating | © Travis Yewell/Unsplash

One of the most confusing Norwegian phrases, takk for sist (the r is silent) literally translates to “thanks for the last” – meaning “thanks for last time”. The confusing part? Your Norwegian friends/acquaintances will say that to you when you meet, provided that you’ve met before. It’s basically a way of saying “nice to see you again”, but for non-locals it will take some time to get used to it and stop trying to remember exactly why someone is grateful to you.

Kos is the Norwegian equivalent of hygge. It’s untranslatable, but the word is used to convey feelings of warmth and cosiness. It can be time spent with loved ones, or time you enjoy by yourself at your favorite cafe, along with a steaming hot mug of something and your favorite book. Det var kjempe koselig (de va shempe cooshly; that was very kos) is used to express your appreciation about a nice, cosy experience that made you feel warm inside. You would say it to the staff of a restaurant after a great night with excellent service, or to your friends after having a good time drinking coffee and chatting. 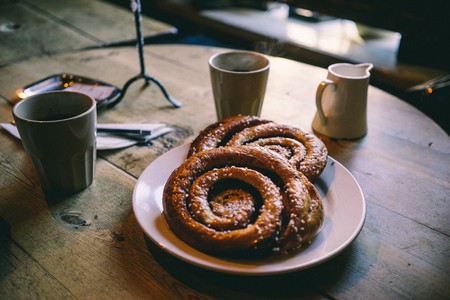 We started with “hello”, so it’s only proper that we end with “goodbye”. Ha det bra (the t is silent) literally means “have it well”, and it is used as a way to say goodbye in all kinds of social interactions. The shortened, more informal version is simply ha det (the t is silent again). Ha det!