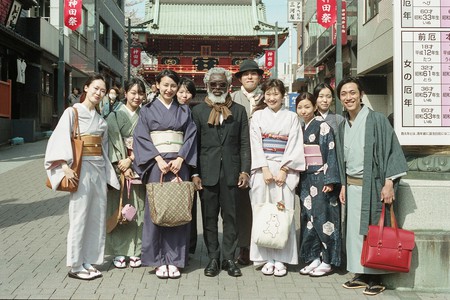 One of fashion’s superpowers is its ability to transcend borders when it comes to sourcing inspiration. Case in point: Bergen-based designer/tailor extraordinaire, T-Michael, is giving his own sartorial twist to the kimono. Working together with Y. & Sons in Tokyo, the Norwegian designer is bridging the gap between the traditional and the contemporary, presenting the stylish gentlemen of the world with a surprising new option.

T-Michael met Yajima Sr and Yajima Jr. about four years ago in Tokyo, at their established kimono shop, Y. & Sons, in Kanda. “It was admiration at first sight. Mutually,” the designer recalls. Over the years, their friendship grew stronger and they started entertaining the idea of working together—without knowing which form that would take. Then, T-Michael suggested a new sartorial take on the kimono, the T-Kimono.

“The idea came about because of my admiration of Japanese craftsmanship, my honed skills, and our friendship. They loved it right away! It’s worth noting that Y. & Son is a smaller company in the Yamato company that owns about 140 kimono stores around Japan; they’ve been beautifully crafting kimonos since 1916. So for me to get that opportunity or for them to take that path was a bold move,” the designer explains. To him, getting the balance right was very crucial to the whole project. 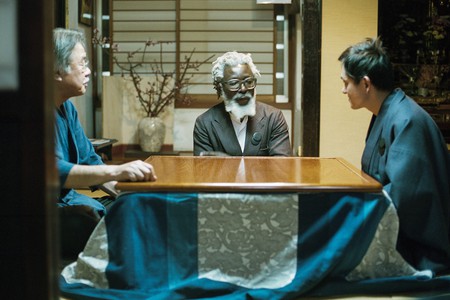 So what does the T-KIMONO looks like, exactly? “It comprises the Haori (the jacket) and the Kimono (the suit). The Kimono is traditionally tied with a sash called the Obi at the lower waist. The Haori is folded at the back of the neck and rolls nicely in place in front where it’s held together by a Haori Himo. The Haori and the Kimono currently come in one-size-fits-all and are recommended to be worn either tied, fastened, or left to drape effortlessly along your body frame.” T-Kimono is already an international success: it was awarded the Time Out Love Tokyo Award 2017 for best product. “For me, that reflects and rewards the spirit and energy we felt when we embarked on this journey,” says T-Michael. 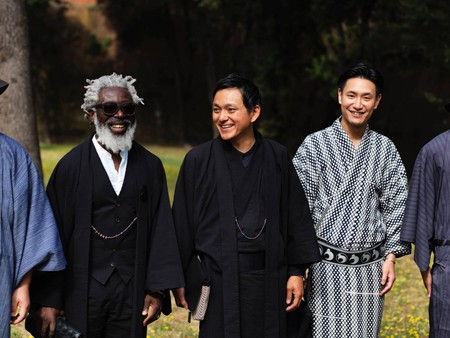 When not reimagining Japanese sartorial staples, T-Michael is working from his creative space in Bergen on blurring the lines between bespoke tailoring and ready-to-wear. He also has a store in London and a concept store in Oslo, in Paleet, but if he had to choose between the two Norwegian cities, “it’s Bergen for me. The energy in the city is younger, more experimental, and there is undoubtedly a closer knit between creatives.” T-Michael really values collaboration between creatives. T-Lab, an expansion of the designer’s creative universe, works like an umbrella for his many collaborative projects (one of them being Norwegian Rain, his aptly named, award-winning raincoat series).

It’s not a secret, after all, that the fashion scene (but also the individual fashion sense) in Norway is rapidly growing. “We are more influenced than before and our society is more diversified—which for me is a move in a right direction,” says T-Michael. “There is also a sense of pride in being Norwegian, which translates into new and exciting projects that dig deeper into the Norwegian industrial history—rather than just trying to catch up with our Scandinavian cousins.” 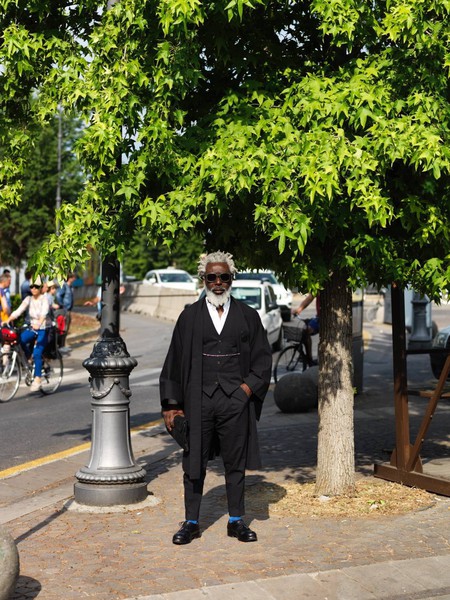 Currently, the designer is working on a solo eyewear design project that will hit the stores in the late Summer of 2018—and is actually handcrafted in Japan. “We are also opening our first store in France: an enchanting house in the middle of Marais, in Paris, at Ruelle Sourdis. This will become home to our new store for T-MICHAEL & NORWEGIAN RAIN and will also serve as our press and wholesale showroom.” Yet another proof that true fashion knows no borders.