Norway’s art scene boomed in the 19th century with the introduction of landscape artists such as Johan Christian Dahl and Johannes Flintoe. Since then, it has seen an increase in local Impressionist, Realist, and Modernist artists, after a long history of importing rather than creating art works. Today, Norway is proud to have bred many internationally recognized artists, from printmakers to sculptors to jewelers. We profile ten must-know Norwegian artists. 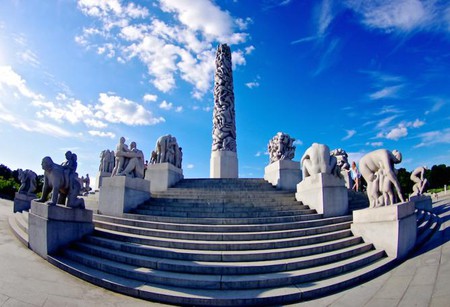 Best known for his unusual, figurative paintings, Odd Nerdrum defied the Modernist era, revisiting the traditional aesthetics of Old Masters such as Rembrandt and Caravaggio. His paintings tell stories based on anecdotes and narratives; early pieces by Nerdrum deal with social issues, and later pieces are steeped in the spiritual. The late American artist Andrew Wyeth said to his friend Nerdrum before he died: “Now is the time for me to say that I consider you the greatest painter living” – a huge compliment for the artist who described himself as an ‘alien’ in the art world. 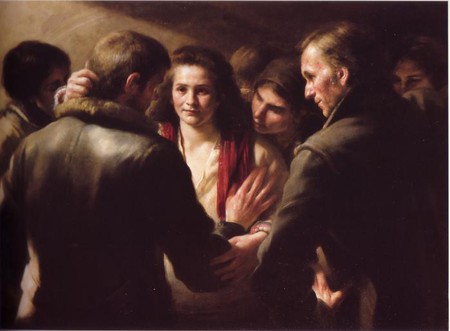 Since 1980, Pia Myrvold has become a celebrated artist throughout Norway. Recognized for her multimedia artworks, Myrvold creates hybrid forms blending architecture, design, technology, dance, music, fashion, video, and the Internet. Her work, which has been displayed around the world, reflects contemporary reality and urban life, depicting human emotion and technological advances. 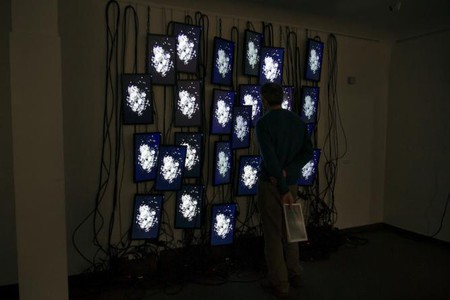 Vebjorn Sand’s work can be found across Norway, from gallery spaces to public artworks. Expeditions to Greenland and Antarctica have greatly inspired his work; one of his best-known pieces is titled The Ice Bridge, which he sculpted in Antarctica in 2006. Sand also designed the Leonardo Bridge in Oslo in 2001 based on renderings of Leonardo da Vinci’s Golden Horn Bridge, which had never been replicated in 3D. As well as large-scale art, Sand also paints exquisite nudes, portraits and landscapes. 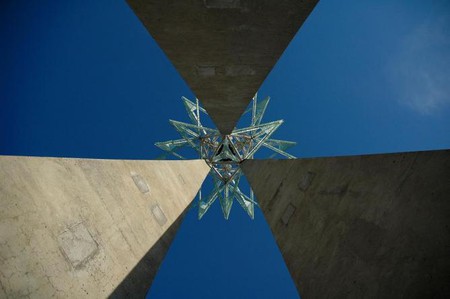 Concentrating primarily on metal works, jewelry, and body sculpture, Louise Nippierd is a well-known contemporary British-Norwegian artist. Born in Hampshire, Nippierd moved to Norway as a child. She felt marginalized as the only English-speaker, and used those feelings of discomfort to portray a wide range of socio-political issues, including racism, animal cruelty, eating disorders, and homosexuality.

Though he doesn’t have a formal education in photography, Knut Bry has had an incredible artistic career. He holds awards for Photographer of the Year in both Norway and the USA, and his works are celebrated in permanent exhibitions at prestigious galleries throughout Norway. Bry chooses not to specialize in one specific genre, but instead captures stills of fashion, urban/suburban life, landscape, travel, dance, food, people, objects, showbiz and portraits on his camera. 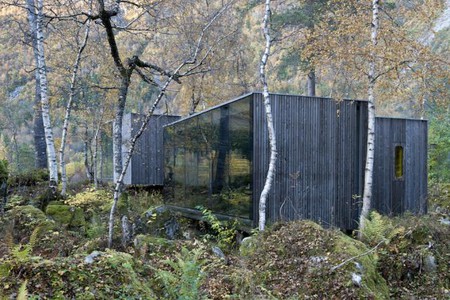 Another exceptional Norwegian photographer, Morten Krogvold’s older brothers taught him how to take and develop photos as a child. Krogvold went on to become an enthusiast for traditional photography, shunning digital cameras in favor of his dark room. The finished results are nothing short of exceptional, and in 2005, Krogvold was deservedly awarded the honor of Knight of the First Class of the Norwegian Royal Order of St. Olav. 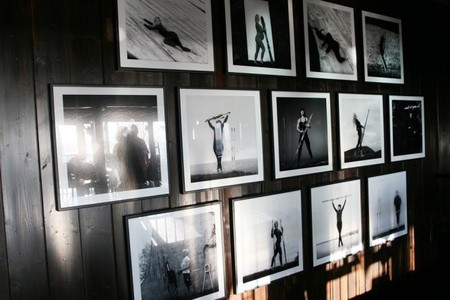 Said to be a “pioneer of printmaking and installation art,” Per Inge Bjorlo is one of Norway’s best contemporary painters and sculptors. Born and bred in Norway, after completing his studies at the National Academy of Fine Arts in Oslo, Bjorlo was one of the few Norwegian artists not to flee to New York or Italy and continues to work in Norway today. Bjorlo’s artworks often foster sheer discomfort for their portrayal of painted bodies and faces, and cold sculptural materials.

Marianne Heier’s work has been exhibited across Italy and Norway, New York City, and Beijing. Focusing primarily on installation art, hypnotic performance pieces, and video productions, Heier is often described as a visual artist whose work is best appreciated in person. Having been awarded a permanent installation space at the Museum of Contemporary Art in Oslo, all art enthusiasts should stop by to see Heier’s work.

One of the younger artists in the Norwegian contemporary art scene, Kari Anne Helleberg Bahri was born in 1975 and graduated from the Oslo Academy of the Arts in 2009. Her work tends to be a blend of sculpture and textile work, but she occasionally creates installations and mixed-media pieces too. Bahri says of her style: “I like to challenge the definition of the concept of clothes – to pull it out of shape.”

Combining his passions for bird watching, field biology, and photography, Eirik Gronningsaeter has become one of the most proclaimed wildlife photographers in Scandinavia, with work published in prestigious publications like National Geographic and BBC Wildlife Magazine. Focusing on Scandinavian and Arctic nature, Gronningsaeter prides himself on exclusively photographing wildlife in nature – never in captivity. Gronningsaeter is also a guide for the photography exhibition holiday company Wild Photo, which takes groups of budding photographers around Norway and Svalbard helping them attempt to capture those same mesmerising shots of animals that Gronningsaeter is renowned for.