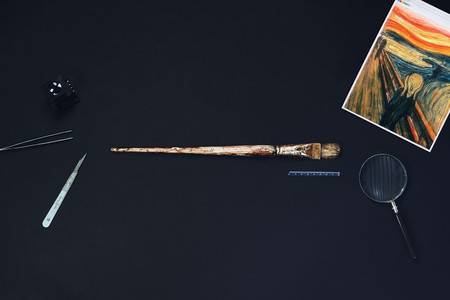 Suffice it to say Norwegian painter Edvard Munch has left behind an impactful legacy — The Scream remains one of art history’s most recognizable masterpieces. But for decades following Munch’s death in 1944, his paint brushes idled in the Munch Museum’s archives. Thanks to a recent partnership between the museum and Adobe, Munch’s prized tools have been digitally resurrected for public use.

The software company that brought us Photoshop has embarked on a collaborative venture with the Oslo-based museum dedicated to Edvard Munch’s work. Thanks to their pioneering new project, The Hidden Treasures of Creativity, seven of Munch’s paint brushes are now available for free to those with Photoshop CC and Sketch. 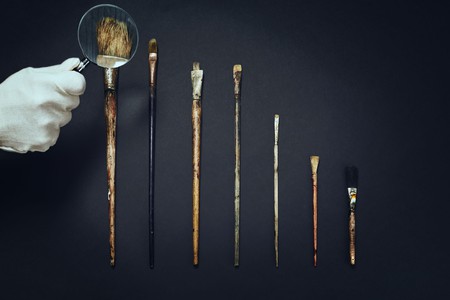 While you may never hold Munch’s original brushes in your hand, Adobe’s new software program is the next best thing. Acclaimed illustrator and Photoshop brush maker Kyle T. Webster has adapted each individual brush’s qualities for the screen; from the smooth marks of the Filbert brush to the grainy texture of the Round Ratty. 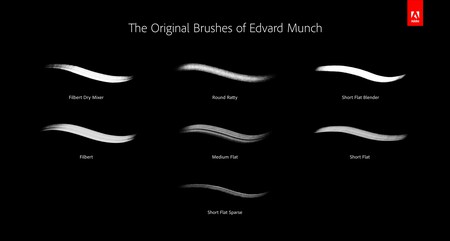 The selection of these particular brushes was anything but arbitrary. In fact, “it was a long, laborious transformation,” Artsy reported. The museum’s conservation team had to go through each of Munch’s paintbrushes to discern those that best represented the artist’s aesthetic, and which remained in favorable condition. 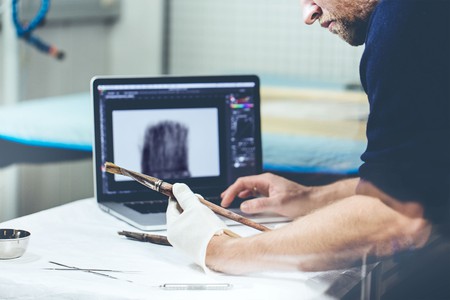 “Munch’s artistic style and brushwork was closely analysed by art historians, and combined with data about the brushes’ attributes, including physical properties such as flexibility and bristle type,” Adobe’s press release explains. But there was a caveat; the brushes could not be removed from the archive, and Webster’s studio is in North Carolina. 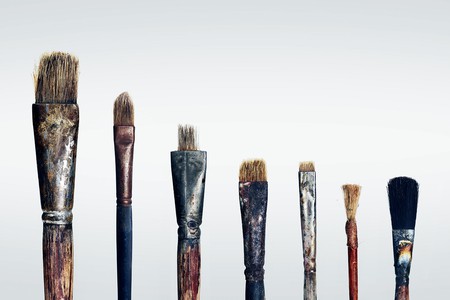 To combat the logistics of distance, experts from the museum, alongside representatives from Adobe and an external production company, photographed “each individual brush in 360 degrees using ultra-high-resolution cameras to document all angles and details to create an accurate three dimensional representation,” the press release continues. 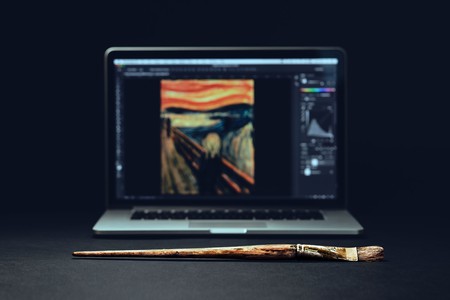 Upon completion, the gathered data and photographs were sent to Webster, who got to work on his digital renderings, which precisely replicate the shape and texture of each brush “in minute detail.” The user’s subsequent pressure and angle accurately alter the qualities of the brushstroke. 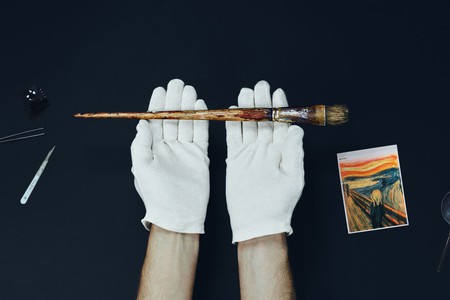 The result? Adobe users, while they aren’t expected to bring Munch-level genius to the screen, can effectively employ Munch’s signature brushstrokes for themselves, ideally via tablet. That’s not to say exceptional talent will go unrecognized—the software company launched a #MunchContest (which ended on July 14) for the best digital rendering of The Scream. The winner, announced on July 28, will see their rendition exhibited at the Munch Museum, and will also win a cash prize plus a trip to Las Vegas. 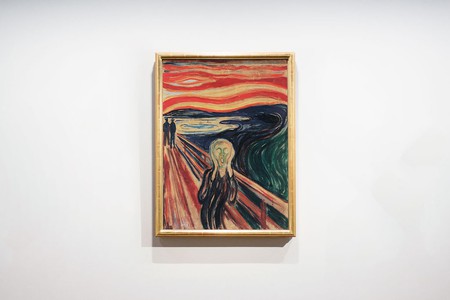 To help get you started, Adobe has released a series of tutorials on YouTube.