Here's What You Should Know About Oslo's Pride Festival 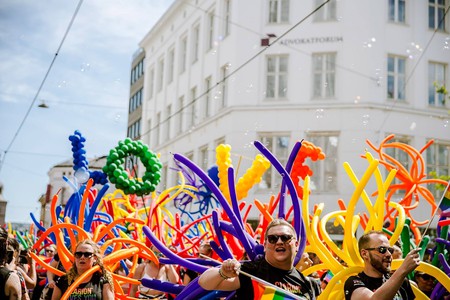 Oslo Pride is so much more than just a parade. Norway’s largest festival celebrating love, diversity, and acceptance is a one-week rainbow-hued affair (that culminates with the big city parade that starts from Grønland). During the week, there is a plethora of concerts, art exhibitions, talks – and of course, a lot of partying. Here’s what you shouldn’t miss this year.

The origin of Oslo Pride

Oslo Pride started in 1982 when same-sex marriage was illegal in Norway. The festival was originally called “Gay Days” and was renamed “Oslo Pride” in 2014. Since same-sex marriage became legal in Norway in 2009 (six years before becoming legal in the US), the festival has grown exponentially in both attendance and popularity. Even the Norwegian military started participating, to show that diversity is welcome in every aspect of Norwegian life.

Nowadays Oslo Pride is considered the year’s biggest highlight in Oslo after the May 17 parade with nine jam-packed days with approximately 200 events all around the city that culminate into the big parade and closing party afterward. Last year alone, 40,000 participated in the parade and events, with as many as 200,0000 people coming to watch the festivities! 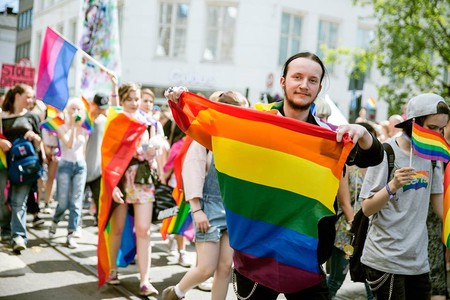 From June 27 to June 30, the beating heart of Oslo Pride will be open in Spikersuppa, next to Karl Johan’s gate. Pride Park is where all the vendors and food and drink stations are gathered, but also where you’ll have the chance to watch live music concerts with both local and international artists, DJs and various cultural events. The park is open every day until midnight and their goal is to make everyone feel at home there regardless of their background, gender or identity. 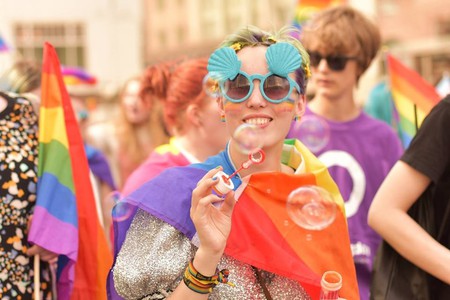 The Pride House and Pride Art

Due to its association with the labor movement, Youngstorget Square has great political significance for Oslo. This is where all the Labor Day celebrations kick off – and where the Pride House and Pride Art pavilions are stationed this year. Pride House is a politically neutral arena where conversations, debates, lectures, and workshops are held throughout Oslo Pride week. It is a place to explore the diversity of identity, gender, and sexuality. This year, Pride House will open on June 22 with the vernissage of the “Shameless” exhibition.

Speaking of the “Shameless” exhibition: Pride Art is another important aspect of Oslo Pride. Aiming to positively contribute to increasing the understanding of both the struggles and truths of queer life, Pride Art is a 400-square-meter gallery that displays more than 500 works of art, also in Youngstorget. “Shameless”, this year’s theme, comprises works from every art genre, from visual arts to sculptures, installations, performances, video and more. All the works of art are being sold directly by the artists. 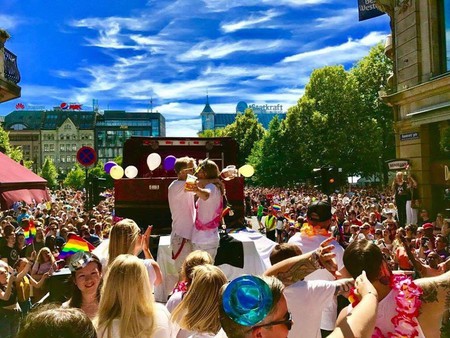 Of course, all the events culminate into the big parade on Saturday, June 30. The parade will commence in Grønland at 1 pm and end in Pride Park a couple of hours later. Everyone is welcome to watch, and there will be several points along the way where you will be able to “jump in” if you want to also join the parade. More importantly, Oslo Pride wants to make sure that everyone joining will feel welcome, safe and part of a family that supports one another. After all, just as their official motto says, “all is love”.