Bergen, Norway’s second-largest city, is not exactly a megacity, but that is exactly what is so charming about it. The presence of history and colourful houses and the close proximity to nature can be felt anywhere in the city; but at the same time, each neighbourhood and district retains its own distinct flavour. These are some of the most popular neighbourhoods for residents and tourists alike in central Bergen.

Unsurprisingly, living in the centre of town is hugely popular. Luckily, this area features some of central Bergen’s biggest apartment blocks, although they tend to sell like hotcakes as soon as they reach the market. The area burnt down almost entirely in the early 20th century and while this is a historical and architectural tragedy, it cleared space for buildings which are larger than the wooden houses you see in other central areas of Bergen. It should be noted that Sentrum is actually a real area within Bergen, not just the centre of town. 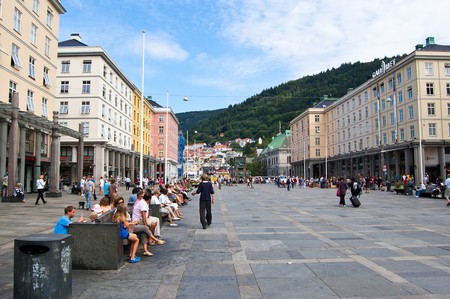 This well-established area sits smugly in the background of many postcards and photos from Bryggen and central Bergen. ‘Fjellsiden’ literally means ‘the mountain side’, and that is exactly what it is. Its close proximity to the city centre and its access to the best and longest stretch of Bergensian sun (something of a rarity in Bergen) makes it very popular with those who can afford it – if you live far up the hill, it also helps to have a car or exceptional thigh muscles in case you forget the milk. 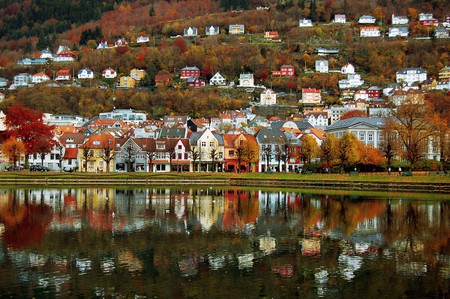 If you do fancy those winding streets and wooden houses that Bergen is famous for, Sandviken may be just for you. The area behind Bryggen and Bergenhus Fortress has become very popular in recent years, particularly with students who have been able to pick up fairly reasonable deals despite Sandviken being just a short walk from the city centre. It is also a great place from which to enjoy the sunset over the water if you have the opportunity. 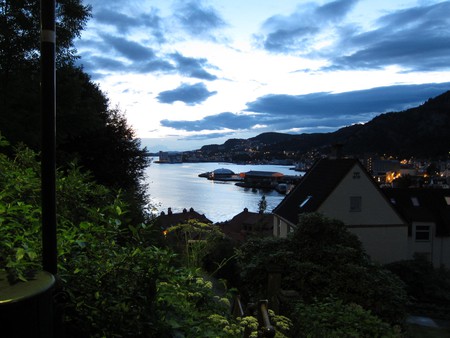 Nordnes is the peninsula which sticks out from the harbour on the opposite side to Bryggen and Sandviken. Rather like the latter, Nordnes has seen a surge in popularity in recent years, although it has always been a well-liked area and used to accommodate both the well-to-do and the working classes. It is a fairly quiet area popular with all ages, but also houses Bergen attractions such as the Aquarium and the culture house. The Nordnes park, which looks out across the water to Bergen’s south-western areas, is another Nordnes landmark. 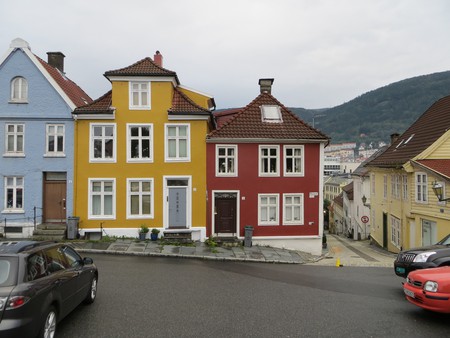 You’ll find Solheimsviken towards the south, just on the other side of the little Pudde Fjord inlet that divides the centre of Bergen to the north and southern Bergen. Traditionally a heavily industrialised part of town, Solheimsviken is undergoing a transformation and turning out some of the nicest and most modern apartments and waterside areas in Bergen. Solheimsviken is an interesting up-and-coming area, still within easy walking distance of the centre. 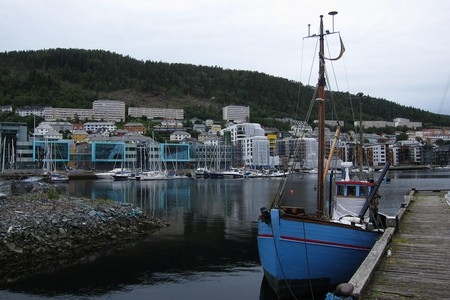 Going back across the bridge to the centre-north side of Bergen, Nygårdshøyden is home to Bergen University. Nygårdshøyden is in a great spot just off the centre with nice old apartment blocks, though many of them are flat shares thanks to the large amount of students in the area. Though the students bring a bit of noise to the area, Nygårdshøyden feels fairly quiet and laid-back thanks to its grand architecture, the university itself and the Nygårdspark. An easy stroll up from Byparken, this area is definitely worth exploring if you’re in the centre anyway. 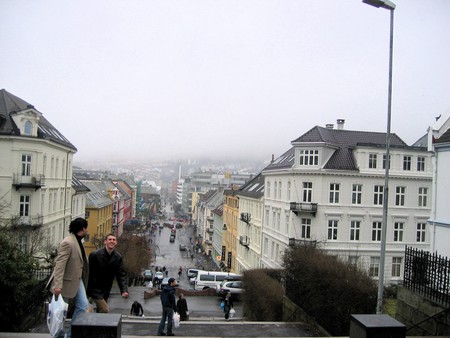 View from Nygårdshøyden towards the centre | © Scott Rettberg / Flickr

On the other side of Nygårdshøyden from the centre, you’ll find Møhlenpris. Most of the buildings and major streets in Møhlenpris date back to the late 19th and early 20th centuries, which has left Møhlenpris full of the classic Scandinavian apartment blocks with high ceilings, wooden floors and decorative details built up around a joint inner court. These are always in demand, helped along by the general charm of Møhlenberg with things like its cafés, student life and theatre. 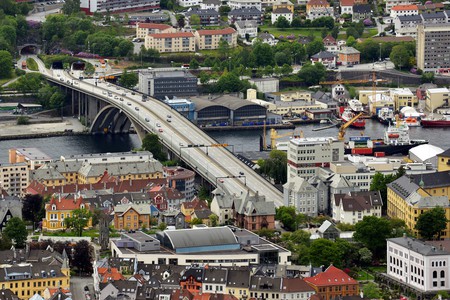 Finally, though they aren’t quite as popular yet, it is worth considering the areas located across the Pudde Fjord south-west of the centre – if you’re looking for something a little less expensive but still within walking distance. It should be noted, however, that – like Solheimsviken – you are dependent on a bridge to get into the centre, so if you work or study in there and wish to drive, you may be stuck in bottlenecks around rush hour, though walking is a possible alternative from this area. Those looking to drive or take the bus to and fro should also look a little further afield to districts like Fana and Fyllingsdalen, which are much larger areas with good connections to the city centre. Whether you’re coming for a short visit or moving to Bergen, we hope you have a great time!

Check out our similar guide to Oslo if you are thinking of visiting or moving to Norway.