A Guide to Seeing the Northern Lights in Norway

The Northern Lights (Aurora Borealis) are a phenomenon that has captured the human imagination for thousands of years. These beautiful and colourful magnetic fields feature on many people’s bucket lists, and Norway provides front row seats to this magical natural wonder.

As the name suggests, heading north is the first step to take when chasing the Lights. Secondly, timing is everything. The period between late September and late March offers the highest chance of seeing them. At that time of year, days are very short and darkness is at its most intense, helping to make the lights stand out. 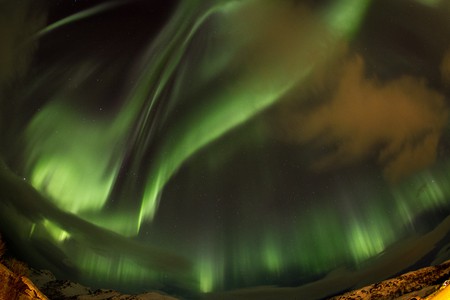 Aurora Borealis requires patience. She has a mind of her own and starts the show when she wants to. The Norway Lights app for Android and iPhone provides a forecast that helps you predict the best time to see the display.

When you’re inland, many believe that cold, dry weather makes for the clearest skies, while strong winds can help to clear the skies in coastal regions. Try to avoid a full moon as its brightness can make the Lights appear paler. Bring the right equipment and make sure to wear warm, practical clothing that allows you to focus on enjoying the experience. 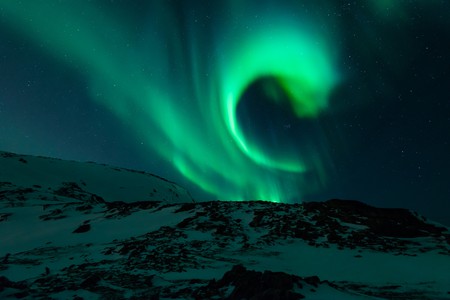 Northern Norway is where to head and it has numerous towns and cities that you can fly, sail or drive to with relative ease. Some of the top destinations are:

Located 211km (131 mi.) north-east of the city of Tromsø, Hammerfest is among the most northerly towns in the world. Though it was burnt down during World War II, it is a lively and peaceful place today.

The Lofoten Islands form a spectacular archipelago filled with traditional fishing villages and a history dating back to the Vikings. 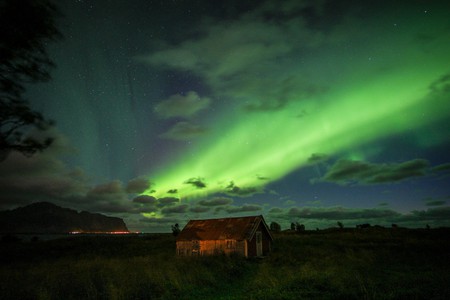 This fjord is one of the driest places in Norway and boasts an 82km (51 mi.) fjord, glaciers, ravines and mountains. 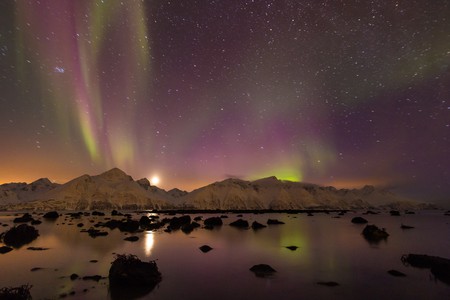 Narvik features the northernmost animal park in the work (Polar Park Wildlife Centre) as well as fantastic skiing opportunities and a rich Sami culture and history.

The scene of the sinking of the German battleship Scharnhorst during the World War II, the North Cape is the northernmost tip of Europe. 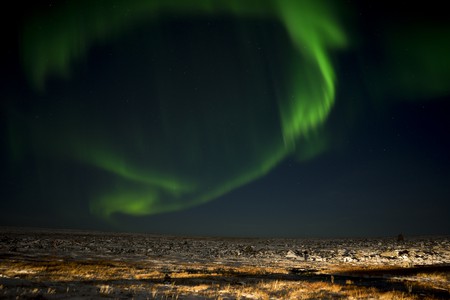 Svalbard, a giant island halfway between the northern coast and the North Pole, has more polar bears than people and is the only place on the planet where you can see the Lights in the daytime due to the intensity of the darkness during the darkest of winter.

With a population of 72,000, Tromsø is recognised as the northernmost city in the world. The area is located in the middle of the Aurora oval and has had people living in it since the end of the last ice age. 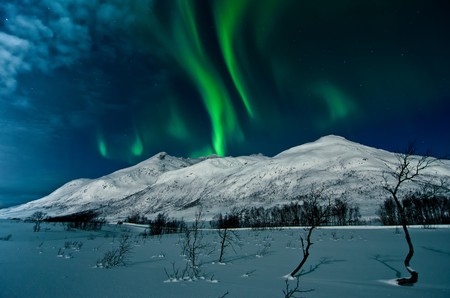 Skiing, wildlife and art all come together in Vesterålen, which may bring you great views of not just the Aurora, but whales as well if you ask nicely. 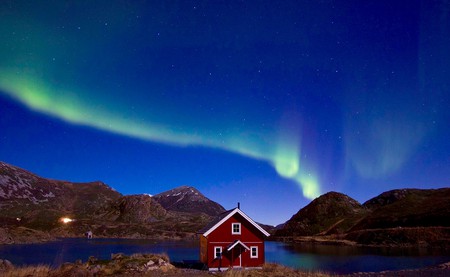 Find out about the science behind the Northern Lights here.