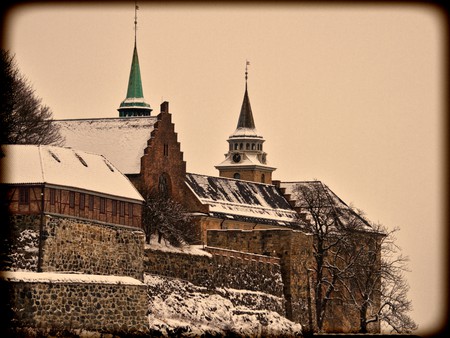 Akershus Fortress has witnessed the ups and downs of Norway’s history for 700 years. Anyone, foreign or otherwise, can visit the Akershus grounds for free, and a visit to the castle and the complex’s different museums will give you a thorough insight into Norway’s interesting history.

The first fortress is believed to have been built by King Haakon the Fifth, around the turn of the 14th century, and was used as a defense against a Swedish earl who hosted an unsuccessful attack in 1308, beginning a trend which lasted through subsequent centuries. When Haakon the Sixth married the ten-year-old Princess Margaret of Denmark in 1363, the young queen took up residence at Akershus. She would later become regent in her own right, uniting Norway, Denmark, and Sweden in the Kalmar Union under her own strong and intelligent rule following the untimely death of her son. The Kalmar Union would last until 1523, and Norway and Denmark remained in union right up until 1814. Margaret is considered Norway’s only female monarch to date and one of the most influential Scandinavian rulers ever.

In 1527, lightning struck and large parts of the old structure were lost forever. Peasants from the Romerike area of Norway were brought in to rebuild without any say in the matter, although one of the castle’s main halls did get named in their honor.

Luckily, Christian the Fourth, the Constructor King (not his real nickname, but it should have been – he was an almost maniacal builder responsible for most of Copenhagen’s best-loved buildings and the founder of modern Oslo, which he humbly named Kristiania) came to the rescue a generation later, turning the old medieval fortress into the chic and modern Scandinavian Renaissance castle we behold today. Christian founded modern Oslo just a stone’s throw from Akershus at Christiania Torv (Square), whose colorful renaissance houses now feature some of the city’s most idyllic restaurants. The king is said to have thrown his glove on the ground to indicate where Kristiania’s center should be, explaining the square’s giant statue of a glove pointing to the ground.

The castle’s renaissance glory did not last long. The royal family moved elsewhere and Akershus fell into disrepair as a residence, although it continued successfully in its capacity as a fortress, newly reinforced and expanded, and repelled a final attack by the innovatively named Swedish King Charles the Twelfth in 1716. Following an unfortunate time in the 19th century where parts of Akershus became a prison known as Slaveriet (“The Slavery”) due to its inmates being rented out for labor, interest in the age-old fortress was rekindled, and historical investigation and restorative work really took off after Norwegian independence in 1905. 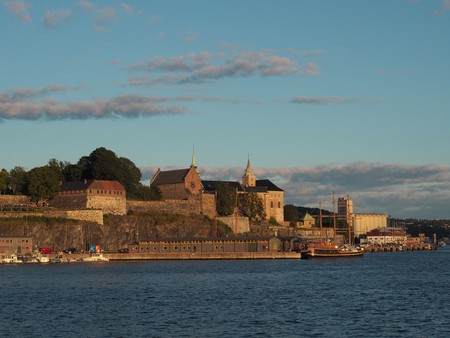 Restoration stopped under the Nazi invasion of Norway from 1940 to 1945. Nazi forces used the fortress as a military camp, prison, and place of execution. Up to 40 Norwegian resistance fighters were killed at Akershus. In 1942, the despised founder of the Norwegian Nazi party Vidkun Quisling was named minister-president of Norway by Berlin at Akershus. He was executed at the fortress in October 1945, following the conclusion of the war. A memorial was raised in honor of the fallen resistance fighters, and the excellent little Norwegian Resistance Museum was set up by resistance veterans close to the main castle buildings. 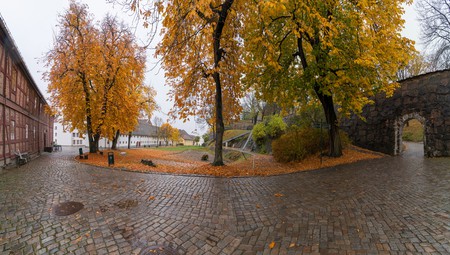 The buildings at the north eastern side of the complex still house important military institutions today, where you will also find Norway’s interesting Armed Forces Museum. Tickets are required to visit the castle buildings themselves, where you will also find the final resting places of Norway’s kings and queens since independence. Intriguingly, the skulls of two of Norway’s medieval monarchs are also interred in the wall opposite the modern mausoleum. You should be prepared for quite a lot of stairs, but a visit is definitely worth it. Beware that numerous ghostly sightings have been reported… 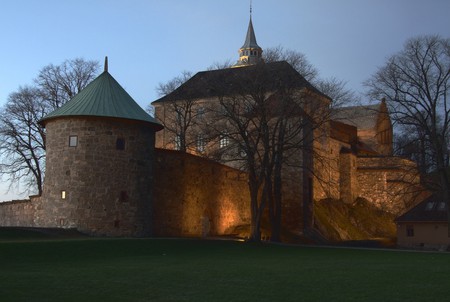 Best of all, the outside areas of the fortress are free and open to the public, and you will find some of the best views of Oslo Fjord and Aker Brygge here. During the summer, you can attend outside concerts and say hello to the hard-working steeds at the police horse stables. You can hunt down some great food at Festningen Restaurant on the premises or stroll to the neighbouring Kvadraturen or back to the city centre in ten minutes tops, making Akershus Festning one of the easiest and most interesting sights to visit in Oslo.