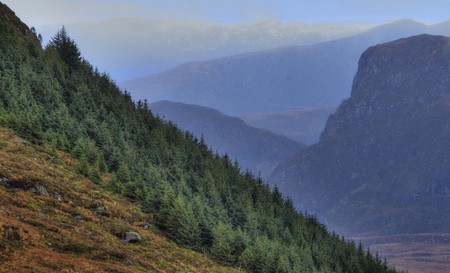 Norway is a vast country with plenty of places to explore. Here’s an introduction to some of Norway’s best-kept secrets and some of the most beautiful, exciting and interesting places to visit.

Forget Oslo and Bergen and head to Fredrikstad on your next trip to Norway. Having said that, you can’t completely forget about Oslo, as you will need to fly there and then make your way 130 kilometres (80 miles) south to reach Fredrikstad, a trip that is easily undertaken on the train. Fredrikstad has a certain warmth, both figuratively and literally, as the locals are very welcoming and the Hvaler Islands, located just outside of Fredrikstad, are the most sunny area in Norway. The old town is one of the best-preserved fortified towns in the Nordic region. Fredrikstad is the perfect place to enjoy a a golden mix of sun, nature and culture and simply unwind. 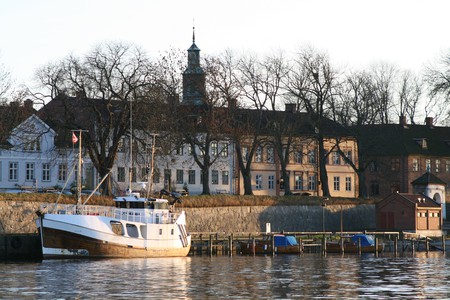 Røros in mid-Norway is situated in the middle of a UNESCO World Heritage Site and is one of the oldest towns of wooden buildings in Europe. In 2013, Røros was awarded the prestigious certificate “Sustainable Destination”, awarded to places that work actively to reduce the environmental impact of tourism. Røros town centre is like a living museum with many small independent shops and a great Christmas market, while the surrounding area showcases some of the best of Norway’s natural surroundings. 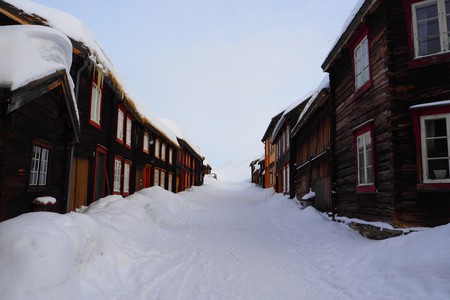 If snow and skiing are your cup of tea, Lyngen Alps is the perfect place to go. The mountain range is known for its extreme skiing. Many of the mountains and slopes are completely untouched and the snow is said to be magnificent. The area can be dangerous, and good knowledge of the weather, skiing and avalanche risks is essential; there are skiing guides who specialise in the area and can help keep you safe. Skiing is available all year around, even in June, when it’s possible to ski at 2am thanks to the magic of the midnight sun. This is a truly extraordinary place to go for an epic skiing holiday.

This museum features the world’s biggest collection of miniature bottles: there are 53,000 bottles, 12,500 of them on display, spread over three floors and across 50 different installations. The bottles are filled with everything from beer and liquor to worms and mice. The collection was started by a slightly eccentric and very wealthy brewer, who really loved miniature bottles stuffed with various items. A fun feature is a slide down to the “Horror Room”, where you’ll find some of the more exotic bottles. The museum is open on Saturdays and Sundays. 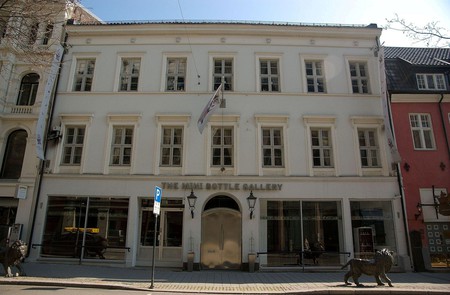 Forest of the Future Library

With e-readers becoming more and more popular, the future of the printed book might not seem too bright. However, just outside Oslo, 1,000 trees have been planted specifically to be used to create at least 1,000 copies of 100 different books in 2114. The Future Library is a multigenerational art project by Scottish artist Katie Paterson that is both a literary time capsule and an environmental statement. The project started in 2014 and each year from then until 2114 a book manuscript will be commissioned. Until their printing in 2114 the manuscripts will be held in the Silent Room, set to open in 2019, on the top floor of the Deichman Library in Oslo. Here, visitors can read snippets of the manuscripts, while looking out on the forest that will one day make the manuscripts into books. 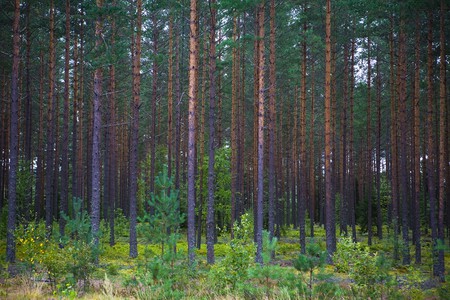 Although it is of course not open to the public, this prison has a disturbing past and an innovative future that are both worth looking into. Bastøy Island opened its doors in 1900 as a boys’ home for wayward young men in need of reconditioning. The conditions in the prison were stark and the punishments were harsh. The institution closed in 1970 and the island was converted into a minimum-security prison that takes a very humanistic approach to prisoners, which today include rapists, murderers and drug smugglers. Each prisoner is given a job and downtime and is allowed to roam freely on the island, as well as receiving meals created by a professional chef. The prison has one of the lowest reoffending rates in the world, with only 16% reoffending, compared to Europe’s average of 70%. 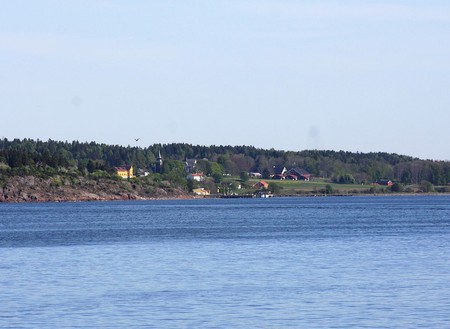 Visnes is a tiny village in Norway with a population of under 600 people, but they have a claim to fame, and their little Statue of Liberty hints at what it is. The Statue of Liberty in the USA is mainly made of copper. Between 1865 and 1972 Visnes’s copper mine was one of the most active in Norway and is said to have supplied the copper for the statue. The mine was owned by the company that donated the copper for the statue, and it is therefore easy to believe that some, if not all, of the copper came from Visnes. Whether or not it is true, the locals are proud of their contribution and the statue and village are worth a visit if you’re passing by. 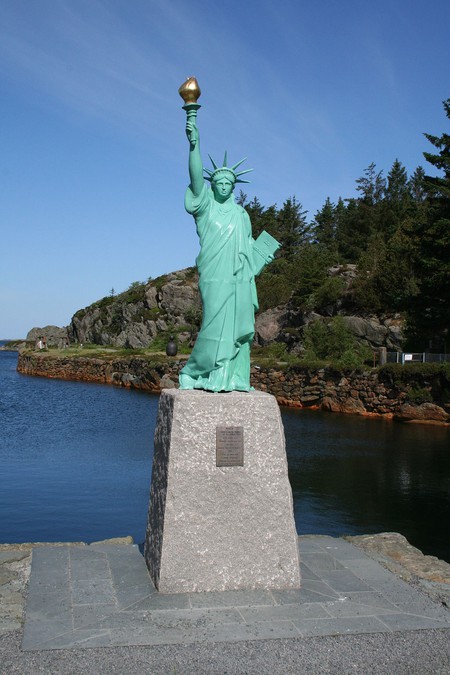 This cathedral in Tromsø is much like any other parish church, but as well as listening to a sermon here, you can also catch a concert. The cathedral was built in 1965 and was designed by Norwegian architect Jan Inge Hovig, who created a building with such fantastic acoustics that it has become an extremely popular concert venue. In 2016, over 500 concerts of various genres were held here. The midnight concerts are particularly popular and are held all year around. 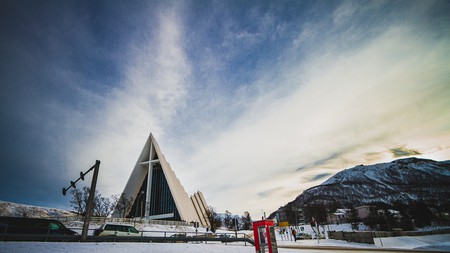 Oddly, although the Mount Halti Peak belongs to Norway, many Norwegians want to gift it to Finland. Here’s the story. When Finland declared its independence from Russia in 1917, it was happy to regain ownership of its beautiful land. However, when the lines were drawn up, a weird thing happened: while most of Mount Halti belongs to Finland and is Finland’s highest point, the peak of the mountain was assigned to Norway, which has no lack of mountains of its own. The Finnish border is about 300 metres (1,000 feet) away from the peak, making Finland’s highest point a mountainside rather than the top of anything. In 2016, it was widely reported that Norway was going to gift the peak to Finland on the anniversary of its independence, but unfortunately, the plan was later rejected – for now, at least. It is an ongoing, and slightly odd, modern saga. 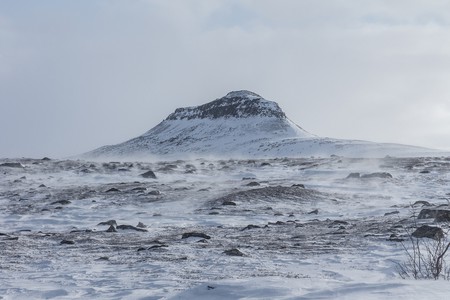 For a really fun afternoon or as an escape from the rain, the Canning Museum in Stavanger is the place to go. The guides – definitely get a guide – are on hand to answer all your canning questions, provide fun anecdotes and crank up some of the old machines. Stavanger was once a hub for sardines, and the city’s canneries provided 50% of the town’s employment in 1922. The exhibit takes you through all 12 processes involved in canning. People who go are usually surprised at how great a time they have, and you can pick up some very fishy facts on the way. 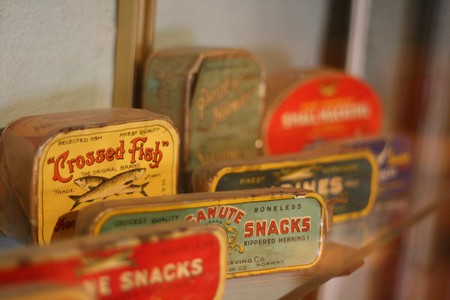 Alesund is the gateway to the iconic northwestern fjords and alpine mountains. Alesund is a picturesque city, which was rebuilt after a fire destroyed most of the town in 1904. It was rebuilt in the Jugendstil design, northern Europe’s version of Art Nouveau, and is one of the best-preserved examples of this architectural style around today. 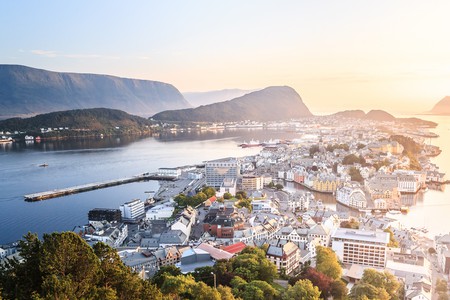 St Olavsleden (St Olav Ways) is an ancient series of paths that starts in Selånger, Sweden, and ends at the 11th-century Nidaros Cathedral in Trondheim, Norway, covering a total of 560 kilometres (350 miles). It follows a route that Norway’s patron saint King Olav II Haraldssson took back in 1030. Unless you’re very keen for a bit of a stroll, don’t worry about walking the whole thing. Most people take a week to walk the trail between Stiklestad and Trondheim (about 140 kilometres or 85 miles). It’s a beautiful trip, and if you walk at least 100 kilometres (62 miles) of the route, you get a certificate of completion at the Nidaros Cathedral. 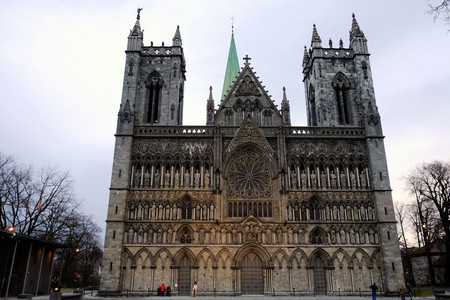 The tiny fishing village of Stø in Vesteralen is a great point from which to explore Norway’s marine life. There are lots of whale and seal safaris to take part in during the day, or even in the night during the months with midnight sun. Springtime’s deep, cold and nutrient-rich waters bring sperm, pilot, humpback, minke, fin and killer whales to the area, as well as colonies of harbour seals. 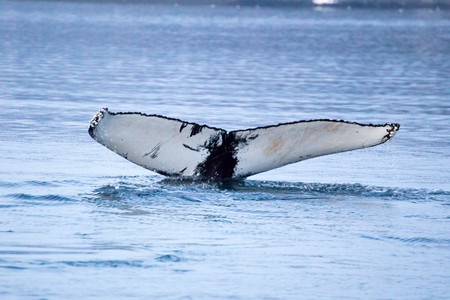