10 of Oslo's Most Spectacular Places to Cycle 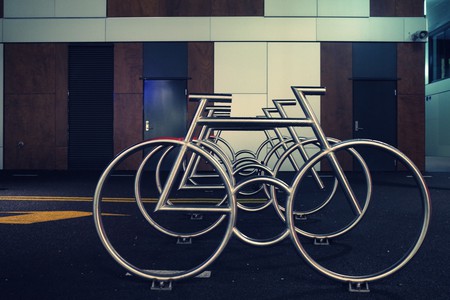 For a capital city, Oslo is small enough to easily get around and safe enough to negotiate by bike. The availability of city bikes, bike tours and rental opportunities has improved the life of Oslo’s biking tourism. A little further from the city centre, cyclists of all shapes and sizes can find spectacular nature to suit their specific wishes and abilities.

Taking bikes on public transport costs the same as a child’s ticket. It is worth noting that, this being Norway, the peripheries of the city can be fairly hilly, and cyclists should bear in mind the trams and their tracks in the centre. Basic cycling maps are available at the tourist information centre by the Central Station.

The Akerselva (“Aker River“) runs through the very heart of Oslo. It begins in Maridalen, north of the city, and runs all the way through to Bjørvika by the Opera House. It used to be the powerhouse behind Oslo’s industry, and the river served as a traditional divide between the industrialised, working-class western parts of the city such as Grünerløkka and the well-to-do areas such as Frogner on the eastern side of Oslo. Public paths follow the course of the Akerselva through most of the city centre, and it is an ideal place to go walking, jogging or cycling – southwards for a gentle trip and northwards for a slightly more uphill but pleasant journey. 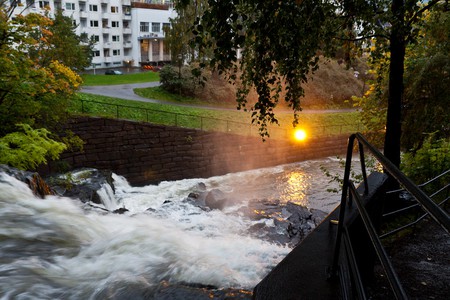 The giant lake from which the Akerselva flows, Maridalsvannet, is one of Oslo’s many beautiful, natural settings for a slightly more demanding but definitely doable bike ride. The area is hilly at times and goes through the forest as well as along the lake, but it has clear, gravelled paths. Check out the ruins of the old St Margaret’s Church. A good choice for cyclists of most abilities looking for a real nature experience close to the city centre.

Like its larger cousin Maridalsvannet, Sognsvann is one of the lakes just north of the city and a popular spot for locals from Oslo in all types of weather. The lake is nothing less than magical when covered in snow and its surroundings are perfect for skiing. During the other seasons, Sognsvann is a well-loved destination for picnics, casual walks and bathing. Its flatter terrain, gorgeous views and easy accessibility via line five on the metro makes it ideal for even the least experienced cyclists. Take the paths leading away from the lake for slightly more mountainous terrain.

The Bygdøy peninsula is only half an hour’s walk from the city centre, but it has a very different relaxed and gently suburban feel. Half of the area is covered by fields, forests and beaches while the other is home to some of Oslo’s nicest houses and best museums. Paths follow the coast where possible, providing scenic views of Oslo Fjord along the way, and while the middle of Bygdøy is a little more hilly and forest-like. The paths are doable by all cyclists. This is a great trip for families and can be rounded off with a trip to the beach or one of the ice-cream stalls in the summer. 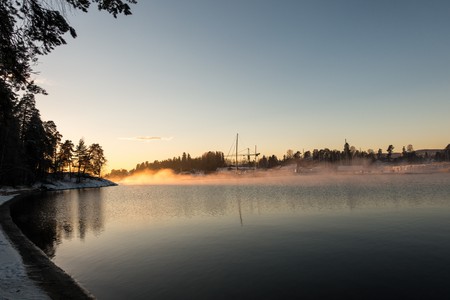 Ekeberg is the area just to the south of Gamlebyen (the Old Town) on the eastern side of Oslo Fjord. It is fairly high up at 140 metres to 200 metres (460 feet to 656 feet) above sea level, which of course means that there’s a bit of an incline to get there if you choose to cycle all the way, but you get some of the best views of Oslo and the fjord from up there. Ekebergsletta, Oslo’s oldest park, also brims with history and has been the site of countless archaeological finds dating back as far as 10,000 years. You can continue to Lambertseter for a longer ride or cycle back along Kongsveien to find the best views of Oslo. 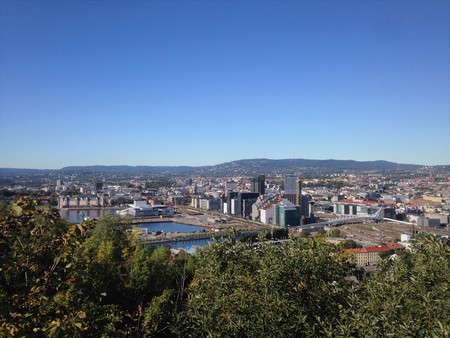 The Nøklevann lake can be found on the eastern side of the fjord, further inland from Ekeberg. Tram 3 will get you to the area, which is a popular location for local cyclists and hikers. Paths form a natural route around the lake for a relatively easy and very idyllic route, although they may be busy during weekends and holidays.

The Nesodden peninsula attaches to the mainland quite far down the eastern coast and faces Oslo across the fjord. You can, however, take the boat from Aker Brygge to Nesodden’s northern tip, Nesoddtangen, in 20 minutes. 75% of the peninsula is made up of fields and forests, so cyclists have every opportunity to easily escape the city for a while. Nesodden’s highest peak is 215 metres (705 feet) above sea level, so there are both flatter and hillier routes to take.

While Holmenkollen is best known in its wintry coat of snow and the huge ski jump that can be seen from all around the city, there are plenty of opportunities for mountain biking along moderately difficult trails in the summer. As always, Holmenkollen offers spectacular views of Oslo and its surroundings all year round. It is easily reachable via line 1 on the metro.

Vettakollen is on the same metro line and probably more challenging than its neighbour Holmenkollen, although you do get some of the best views of Oslo as well as Holmenkollen from this area. This Norwegian wilderness should be for experienced mountain bikers, but there are also great medium-level hiking opportunities for others who want to visit. In fact, most of the metro stations in this semi-domesticated Oslo wilderness can be used as the starting point for good mountain biking days. It’s also possible to cycle from here to Sognsvann.

Cycling from Gamlebyen – the site of the old Oslo – to the east of the city centre, to the Frogner area on the eastern side of Oslo, makes for an easy and enjoyable cycle through the city. Go past the Opera House, along Rådhusveien and join up with Bygdøy Allé, which brings you close to many of the city’s major sites such as the Karl Johans gate, the Royal Castle and Frognerparken without too much traffic or too many pedestrians. This, ingeniously, is possibly the flattest route you’ll find in Norway: by sticking near the water, you avoid going uphill as you otherwise would when going away from the centre. 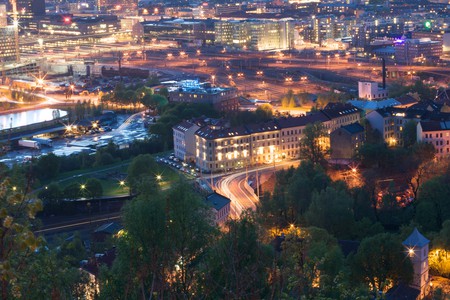