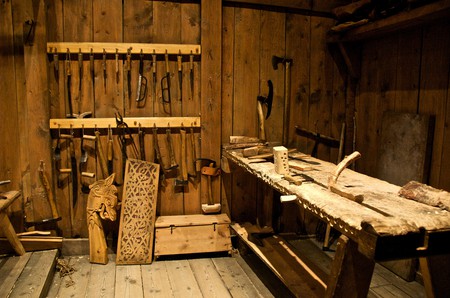 Norway has a long and varied history; its huge mountain ranges and valleys that traverse the country helped create very distinct and isolated cultures that have left their own traces on modern Norwegian culture. Here are some of the best places to visit to get a taste of the distinct Norwegian culture(s).

Immerse Yourself in Norway's History – Literally 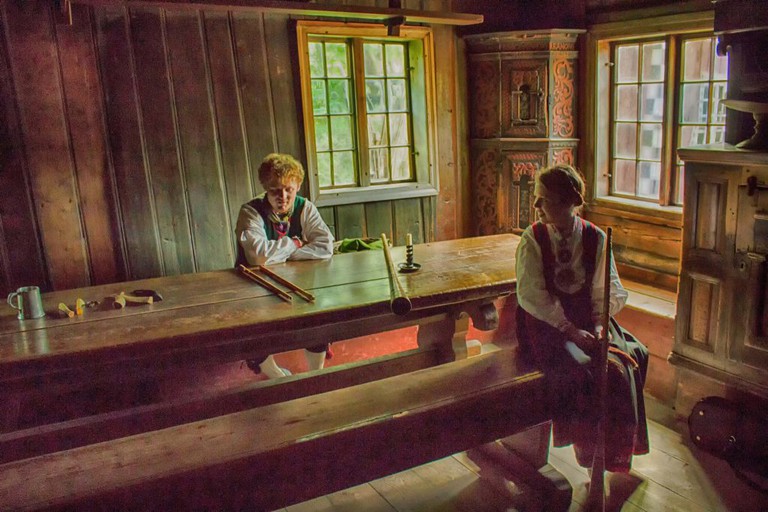 Historical re-enactors | © Mike Fay/Flickr
The Folk Museum on Oslo’s Bygdøy Peninsula provides a great place for the whole family. The museum features whole streets and little hamlets of original-historical houses from all corners of Norway. Buildings here stretch a millennium—from the real, Viking-like thirteenth-century-built Gol Stave Church to a full twentieth-century apartment block—and styles from city streets to isolated-Norwegian farms. Guides, maids, and even shopkeepers are on hand in beautiful replica to help guests settle into the past and inform them on the very different lives that Norwegians used to live.
Open In Google Maps
10 Museumsveien, Oslo, Oslo, 287, Norway
+4722123700
Visit Website
Give us feedback

Find out What Shaped Bergen 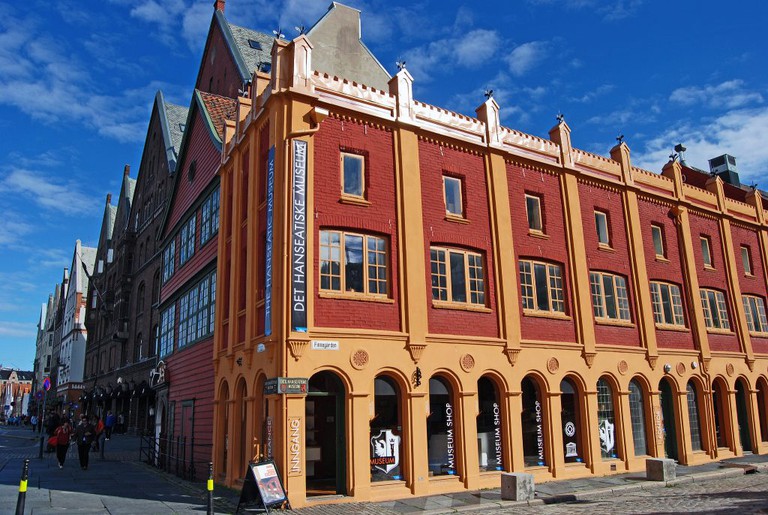 The Hanseatic Museum on Bryggen, Bergen | © Harvey Barrison/Flickr
The Hanseatic League was a vast-trading network which spanned from Lübeck, Germany to modern day-Belgium in the south, the Baltics in the east, London to the west, and up Norway’s northern coast. Established in 1358 and lasting well into the 1700s, the Hanseatic League grew so powerful that it threatened several of the area’s monarchies with its wealth, influence, and stealthy-trading methods. Its merchants formed intricate networks with one another across borders, languages, and cultures.

Bergen became an important part of the Hanseatic network and possessed the rights to be the centre of negotiation for everything from northern Norway. The famous Bryggen Harbour front became the centre of Hanseatic trading in Bergen, and that is where visitors will find the Hanseatic Museum today that tells the story of this fascinating international network’s influence on the city and features rooms from the time.
Open In Google Maps
Bergen, Norway
Give us feedback

The Importance of Oil 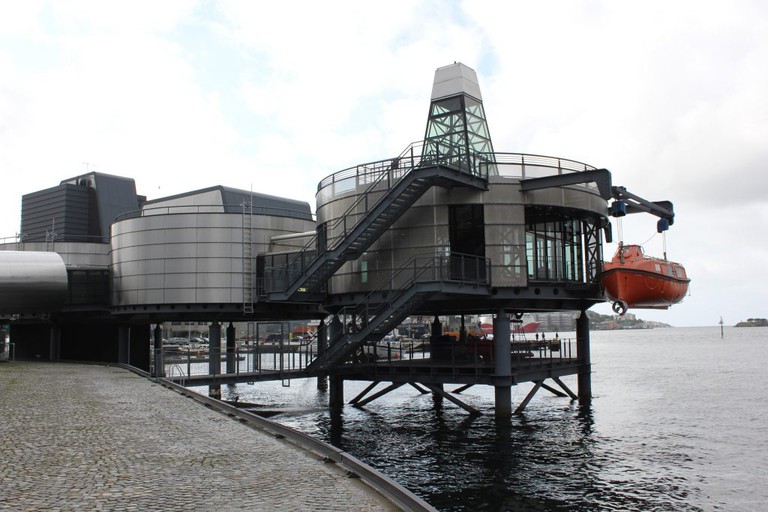 Norsk oljemuseum | © Harald Groven/Flickr
Oil was discovered in Norwegian waters in the late 1960s. It transformed Norway from the poorest of the Scandinavian countries, where fishing and shipping helped to prop up the country’s poor agricultural economy, into one of the richest country in the world. The Norwegian Petroleum Museum in Stavanger tells the tale of the importance of oil to Norwegian society and sheds light on this fascinating off-shore industry. The little museum is also good for children and is fairly priced.
Open In Google Maps
1a Kjeringholmen, Stavanger, Rogaland, 4006, Norway
+4751939300
Visit Website
Give us feedback

The Human Psyche Set in Stone 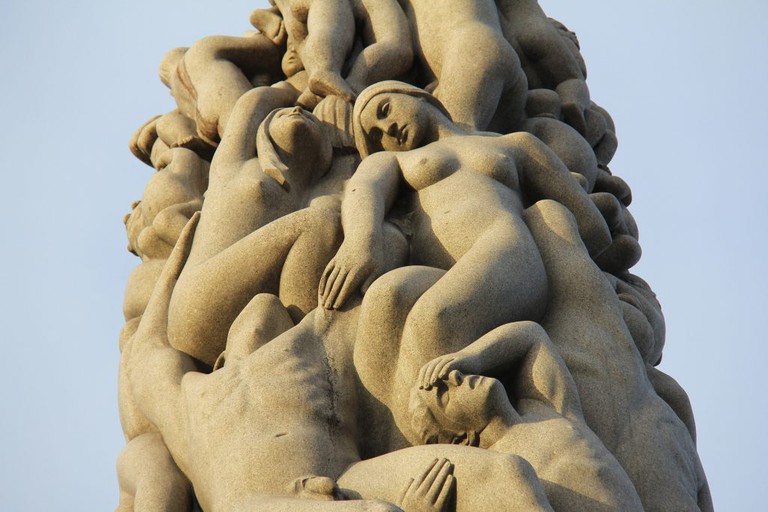 Museum | © sharonang/Pixabay
The Vigeland Museum and Park used to be the home and studio of the famous early-twentieth-century Norwegian sculptor Gustav Vigeland. Located in one of Oslo’s most-attractive areas, the museum sheds light on this fascinating man and reveals the processes and periods he went through via statues, models, and sketches. It is also one of the most beautiful buildings in Oslo.
Open In Google Maps
32 Nobels gate, Frogner Oslo, Oslo, 268, Norway
+4723493700
Visit Website
Visit Facebook page
Give us feedback 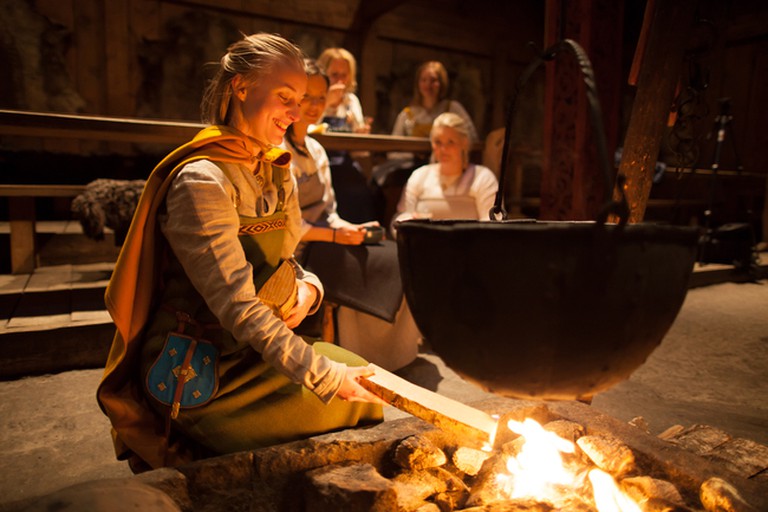 Stoking the fire at Lofotr Viking Museum | © Kjell Ove Storvik/Lofotr Vikingmuseum
The Lofoten Islands are completely different from the cities of southern Norway. Featuring some of Norway’s most stark and beautiful nature, the area has a lot to offer any type of visitor. Aside from its nature, Lofoten has one of the best Viking museums in Scandinavia. The Lofotr Viking Museum features several-Viking buildings, and visitors can visit a replica of the Gokstad Ship at the Viking Ship Museum in Oslo and partake in a real-Viking feast in a very impressive copy of the longhouse most nights.
Open In Google Maps
539 Vikingveien, Bøstad, Nordland, 8360, Norway
+4776084900
Visit Website
Give us feedback

When Norway Ruled the Waves 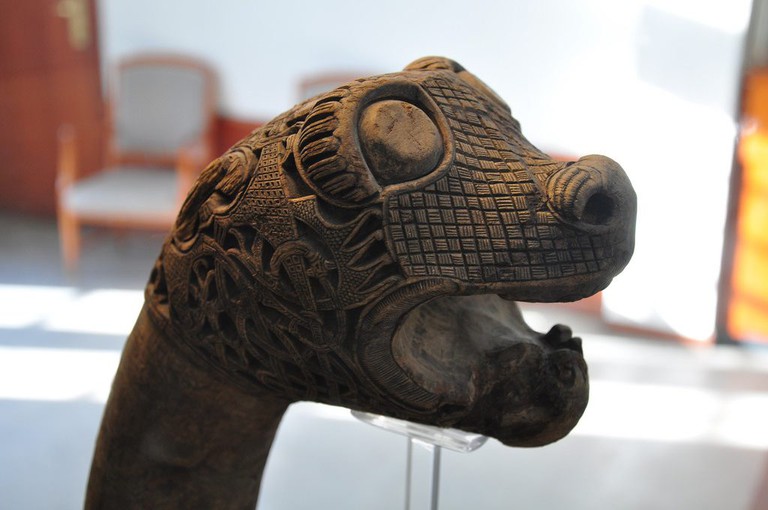 A Place that Will Be Music to Your Ears 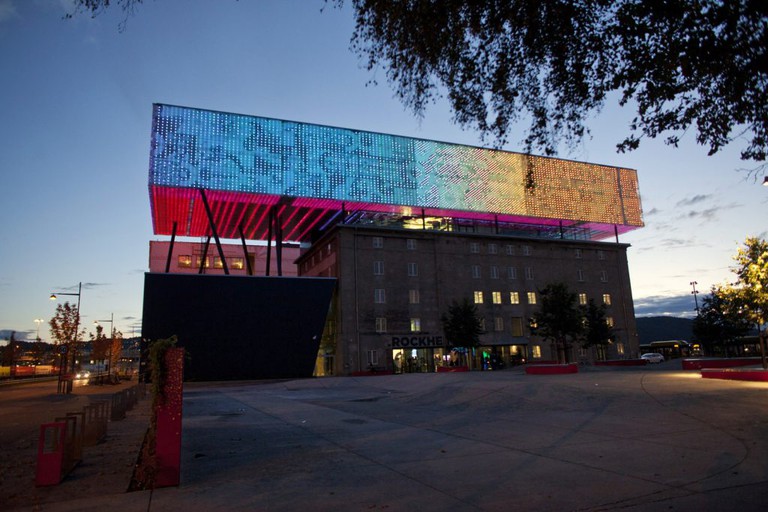 Rockheim | © Nils Kristian Eikeland/Flickr
In Norway’s third-largest city Trondheim, visitors will find Rockheim. The national museum of popular music opened just seven years ago, but it has already gained a very good and well-deserved reputation. This modern museum provides an interactive and sensory experience by linking musical developments to cultural history and providing a fascinating insight into how music helps shape our lives.
Open In Google Maps
14 Brattørkaia, Trondheim, Trøndelag, 7010, Norway
+4773605070
Visit Website
Give us feedback

In the Hall of the Concert King 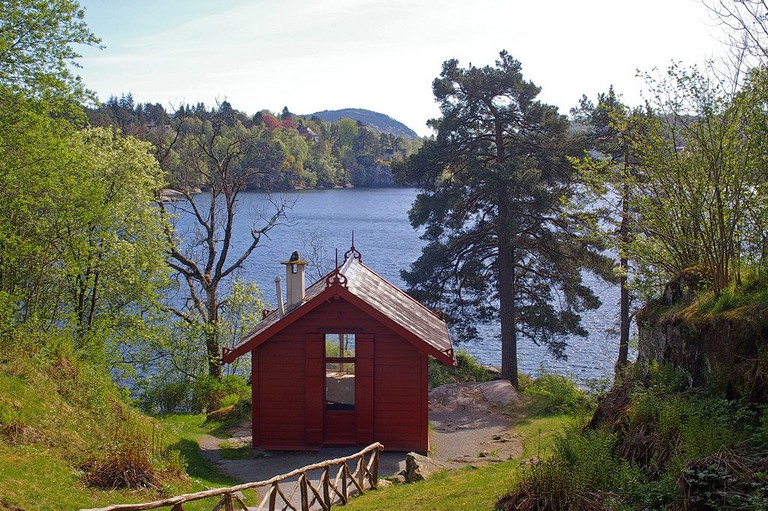 Troldhaugen, home of composer Edvard Grieg | © jelm6/Flickr
Staying within music but moving down to Bergen, the Edvard Grieg Museum at Troldhaugen was the summer home of Grieg and his wife for 22 years until his death in 1907. For fans of Norwegian culture or classical music, a visit is well worth the trip from Bergen’s city centre. The downstairs has been left in its original condition and feature such things as Grieg’s own Steinway piano, which is still sometimes played at concerts. The gardens feature Grieg’s “composer’s hut”, the couple’s burial site, and the elegant-modern concert hall, “Troldsalen” (“The Trolls’ Hall”), where concerts are held through the summer.
Open In Google Maps
65 Troldhaugvegen, Fana Paradis, Vestland, 5232, Norway
+4755922992
Visit Website
Give us feedback

POLAR MUSEUM TROMSO HARBOUR NORWAY JUNE 2014 | © calflier001/Flickr
Way up in Tromsø, the northernmost city in the world, the Polar Museum sheds light on how the Arctic has been explored and exploited for more than 500 years. For centuries, Tromsø was the point of departure for adventurers looking to discover and map the North Pole as well as seal hunters setting off on arctic hunts. The museum’s many excellent exhibitions tell the story of human and animal activity in the Arctic from multiple interesting perspectives. Run by The Arctic University of Norway, it is the near the Tromsø Museum, which is also worth a visit.
Open In Google Maps
11B Søndre Tollbodgate, Tromsø, Troms og Finnmark, 9008, Norway
+4777623360
Visit Website
Give us feedback

Can Canning Be Fun? 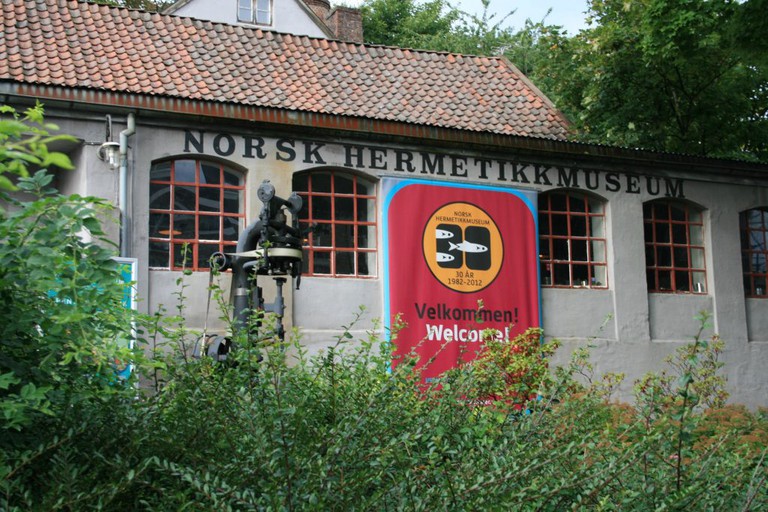 Stavanger Canning Museum | © Chris Walsh/Flickr
It really can! Let it be said that a canning museum sounds a bit, well, peculiar. However, the Canning Museum in Stavanger offer both great fun and surprising enlightenment. Housed in a cannery that ran until 1958 and tinned up various species of fish for human consumption, the small museum really comes to life through its guides. Happy to guide visitors around the museum, guided tours are free and guests may even learn the life lesson behind the famous philosophical phrase “I think, therefore I can”.
Open In Google Maps
88 Øvre Strandgate, Stavanger, Rogaland, 4005, Norway
+4740728470
Visit Website
Give us feedback
Give us feedback