What Lithuania's Mummies Can Teach Us about Modern Medicine 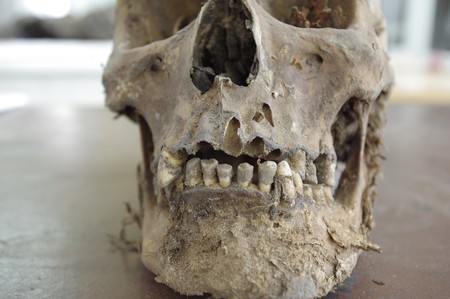 Perfectly preserved Lithuanian mummies which rest in the crypt of Dominican Church of the Holy Spirit in Vilnius Old Town, carry information which scientists believe can help us better understand diseases like smallpox. We find out more.

Dario Piombino-Mascali, an anthropology researcher at Vilnius University, believes that the mummies can teach us a lot of lessons. “Mummies provide an open window onto lifestyle, death and medicine of past populations,” he says. 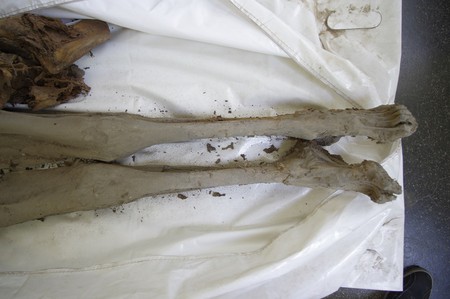 After many hours of investigation, the question remains as to how advanced Lithuanians were in medicine a few centuries ago. Dario Piombino-Mascali believes that Lithuanians mostly depended on traditional medicine, also known as Ethnomedicine, and couldn’t fully understand the complexity of most diseases “It is difficult to believe that those communities managed to understand the nature of many pathologies, but I am pretty sure Lithuanians had a long tradition of Ethnomedicine,” says Piombino-Mascali.

That said, he believes that it is important to investigate pollens and herbs, which doctors in Lithuania used for healing, to try to find cures for long-lasting diseases. 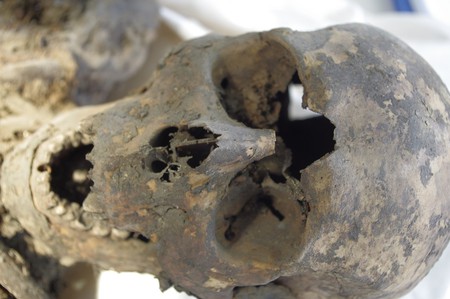 The mummies in the Dominican Church of the Holy Spirit can show us how our ancestors lived and the problems they had to face. “Many commonly occurring diseases were noted during the study of Lithuanian mummies, including arthritis, caries, calculus, and even obesity. Of course, the large quantity of dental pathologies suggests poor hygiene, while obesity may suggest a sedentary life for at least some of those people,” says Piombino-Mascali. He also learned that atherosclerosis was a common disease because of poor dietary habits that included a lot of meat and not enough vegetables.

Piombino-Mascali also learned some interesting facts about tuberculosis, “We have seen that tuberculosis, the biggest killer of the time, affected the people of the Holy Spirit community, in spite of their high social status and better quality of life, as compared to the lower classes.” That is a great indicator that no one was safe during the outbursts tuberculosis, which spread due to low standards of hygiene.

Applying the findings to modern medicine

Not only do anthropologists stand to learn a lot about our history from investigating the Lithuanian mummies, but they can use their findings to improve modern medicine. Piombino-Mascali believes that the research conducted in the Church of the Holy Spirit can help us to predict the evolution of smallpox. “One of the cases was genetically investigated, and revealed the presence of viral DNA of smallpox, a disease now eradicated, but kept alive in two labs. As smallpox was considered a very old condition, the current data seem to indicate a recent evolution of it, due to its genetic features. If the disease isn’t so old, there may be chances to understand more of it, and write a new chapter on its possible progression,” says Piombino-Mascali.

Today, the investigation of the Lithuanian mummies continues in order to learn about the past, understand the nature of some old diseases, and maybe find a cure for any possible outbreaks. Dario Piombino-Mascali has published many papers and journal articles on his extraordinary findings so far.