The Top Things To Do and See in Old Town, Vilnius 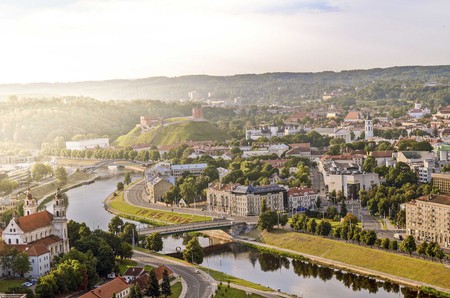 Vilnius old town is a stunning UNESCO World Heritage Site, known for its winding cobblestone streets, picturesque churches, and historical buildings. Read on to learn more about the beautiful places to see and interesting things to do in Lithuania’s capital city. 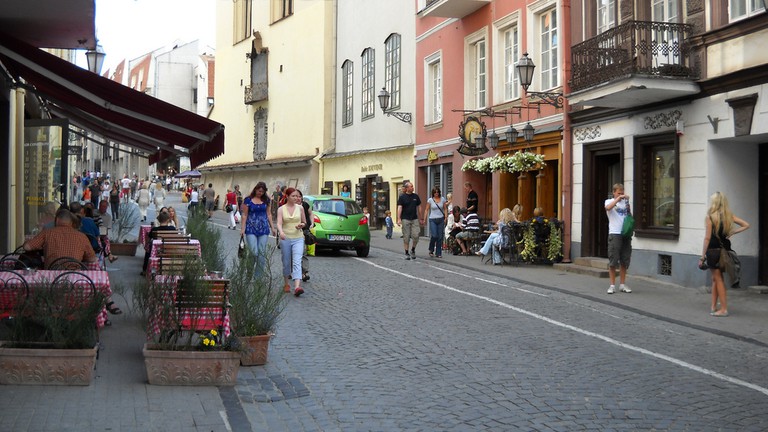 © EuroVizion/Flickr | © EuroVizion/Flickr
Cobblestone Pilies Gatve (Castle Street) is lined with cafes, restaurants, and shops that primarily sell amber jewelry and linen (two of the main products of Lithuania). Visitors will notice beautiful architecture and will have an excellent view of the remains of Gediminas’ Castle peaking out between the buildings. 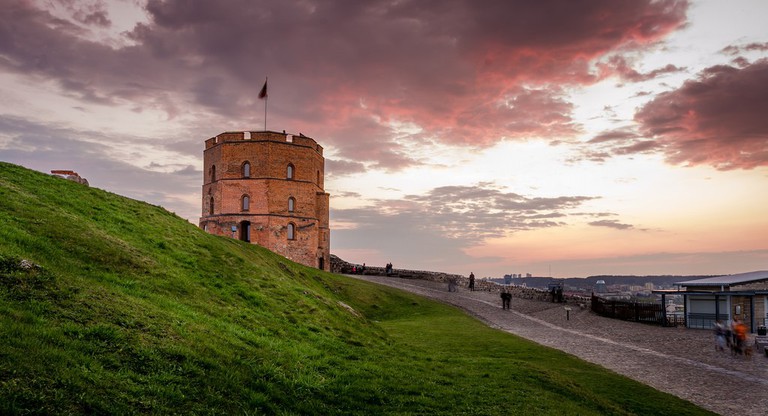 Located on a hill, Gedimina’s Castle offers a stunning, unobstructed view of the old town, well worth the easy walk up. Additionally, there is a small exhibition about the castle as well as information about the historic Baltic Way, but the interior of the castle is temporarily closed for remodeling. 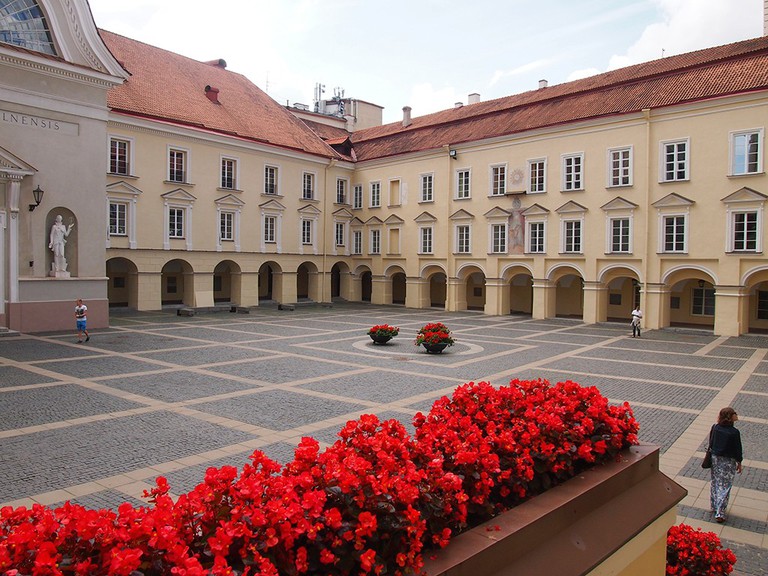 Founded in 1579, Vilnius University is considered the oldest university in the Baltic States, though it was originally a Jesuit college. In the 1700s the Jesuit order dissolved and Vilnius University became secular. It was closed several times during Soviet and Nazi occupations. It is now the leading university in the country and the old part of the campus, located primarily on Universiteto g. can be visited for a small fee. The beautiful courtyards and library are worth a visit. 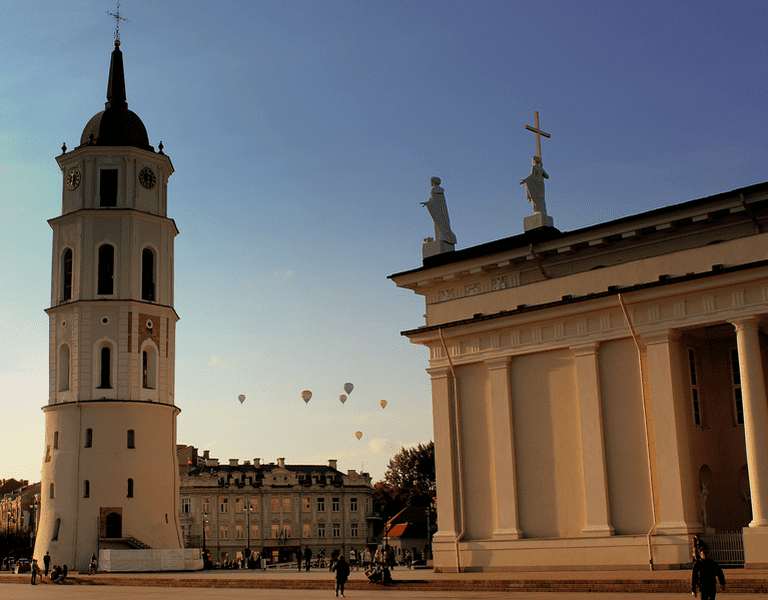 Balloons over Cathedral Square | © calflier001/Wikimedia Commons
With its six columns and three figures adorning the top, this cathedral is an instantly recognizable sight. Built between the 13th and 15th century it is considered the most important place for Catholics in Lithuania. Tours of the Cathedral Crypts are excellent and provide information about some of Lithuania’s prominent historical figures. The square surrounding Vilnius Cathedral hosts numerous festivals and events throughout the year.

Tree lined, Vokieciu Street comes alive in the summer with its outdoor bar and restaurant seating. The beautiful buildings lining the street were rebuilt after Soviet times, taking inspiration from German architecture. Holy Donut and Beer House Craft and Kitchen are two recommended stops for coffee, snacks, or meals. 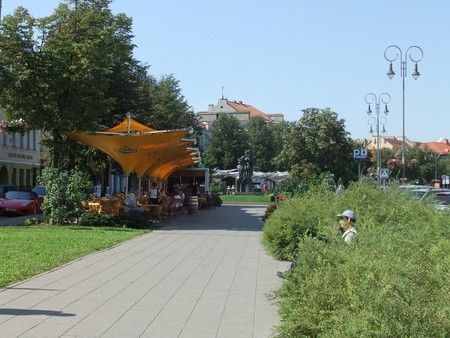 Formerly part of the Jewish area of the city, visitors will see plaques, signs, and statues commemorating Jewish history in Vilnius. Zydu Street is a tiny street, but was the site of the former Great Synagogue, which was destroyed during the Holocaust. The site is now a primary school.

Located near the Vilnius City Hall, Stikliu Street is now home to some great shopping. Linen Tales is a great boutique for linen and home decorations. Bamb Alyne and Alyne Leciai are two recommended stops for drinking and eating. 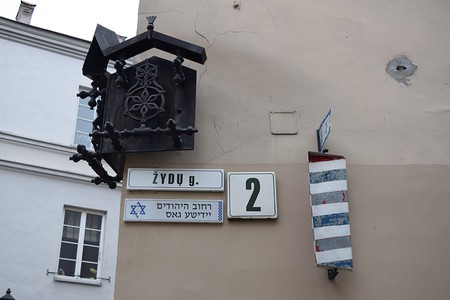 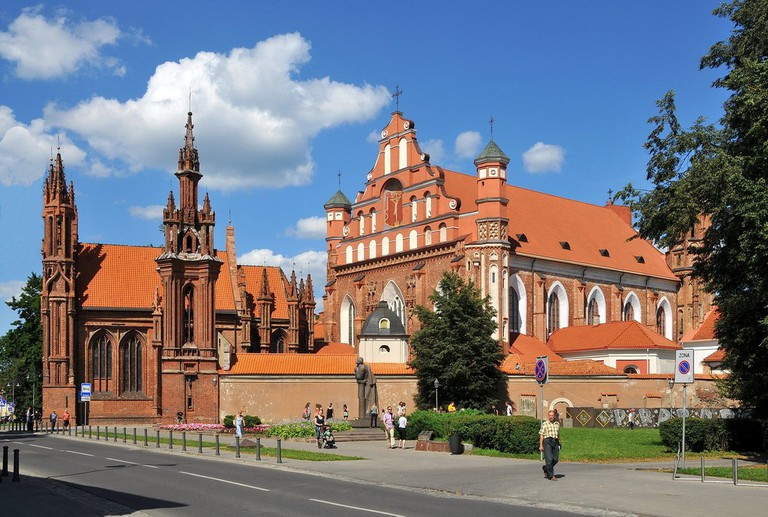 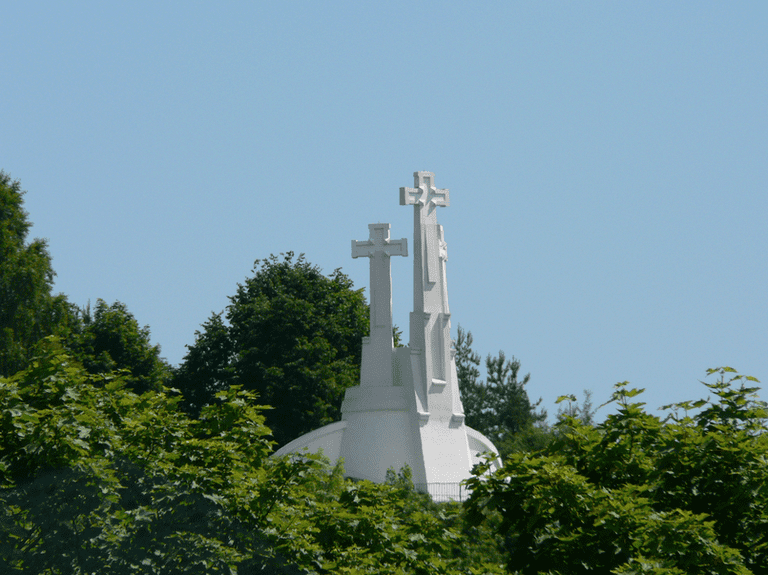 Featured on many postcards, the Hill of Three Crosses is easily recognizable and dates back to the 16th century. The current crosses located on the hill are white, although the original crosses were wooden, but like many other religious symbols, were destroyed during Soviet occupation. 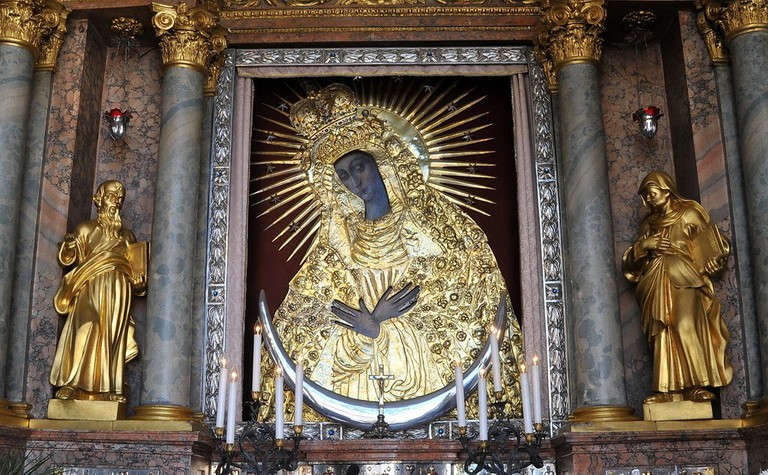 The Gates of Dawn is a major Christian pilgrimage sight in Northern Europe due to its iconic statue of the Virgin Mary without baby Jesus. As the the only remaining gate of the former city wall that once surrounded Vilnius in the 16th century, The Gates of Dawn also has historical significance in its own right. 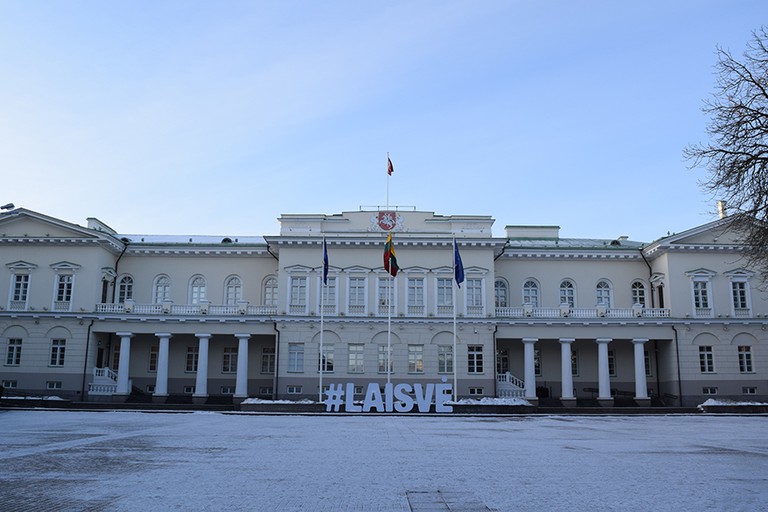 The Presidential Palace is a beautiful white building built in the Classical style during the 16th century. It was originally used by Vilnius’ bishops. During occupation, the Presidential Palace became a residence for the Governor General of Vilnius and was visited by prominent historical figures including Napoleon Bonaparte and Tsar Alexander I. The building was completely overhauled in 1997 and currently is used to receive dignitaries and for government meetings. A portion of the building’s interior can be toured, but visitors must be prepared to sign up in advance, bring their passport, and submit to a security check.