Deimantas Narkevičius’ Video Art: Between The Personal & The Political

Lithuanian artist Deimantas Narkevičius’ video artwork is inspired by his own past and the cultural memory of his country. Through this inspiration Narkevičius evokes memories of the tumultuous changes which came about with the fall of communism in Lithuania. 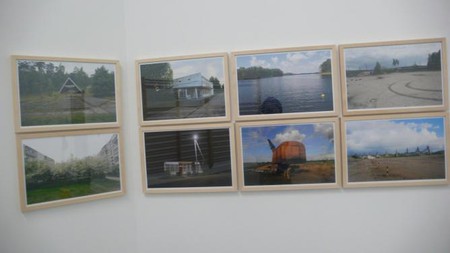 The list of galleries and museums that have exhibited Deimantas Narkevičius’ work reads like a ‘who’s who’ of contemporary art institutions. The Lithuanian artist has had group and solo shows at the Centre Pompidou in Paris, the Museo Nacional Centro De Arte Reina Sofia in Madrid, Tate Modern in London, and the Museum of Modern Art in New York, amongst others.

Narkevičius rose to prominence in 2001 when he represented his country at the 49th Venice Biennale. Born in 1964 in Utena, Lithuania, Narkevičius studied at the Art Academy in Vilnius. He was trained to be a sculptor – a profession that dominated his work throughout the 1980s and the early 1990s. While exploring different forms and the possibilities of narration, the artist became more and more interested in the characteristics of film and film-making and soon started expressing himself through the medium.

Although very diverse in montage, tone and story line, Deimantas Narkevičius’ cinematographic works all carry similar general ideas. They analyze the relationship between personal and collective memories; in other words they examine the analogies or contradictions between individual stories and political history. From a contemporary perspective he looks back at his past and the past of the Soviet Union, mixing aspects of documentary film and personal awareness. This strong interest might be influenced by the fact that though Narkevičius grew up during the socialist regime, he lived his adult life after the fall of the Iron Curtain.

The artist works with existing documentaries, old videos found in archives and his newly created footage. He inserts voice-overs or interviews and uses old and new photographs found in archives and the press. Historical events are filtered through an individual perspective, a fact that allows the artist to vary within the narrative structures. His work is situated somewhere between documentary film, industrial movies, artistic short films and the melancholy of storytelling.

His-Story (35 mm, 7 min, 1997) was presented at the Manifesta II in 1998 and explains history through the artist’s own biography, more precisely his family’s tragic past and the way they live now. The viewer learns of the father’s forced internment by the Lithuanian state through a composition of personal footage of the past and the present. While using documentary characteristics, Narkevičius reveals his own story, but more importantly, his personal memories. In an interview with Hans Ulrich Obrist in 2002, the artist states, “Memory is a funny thing. I think our brain has a filter: you remember what you want to remember. And you recreate the stories of the memory in a way that you want to remember them and how you would like to create them.” Narkevičius not only questions the neutrality and truthfulness of the documentary genre, but also the reliability of personal memory.

Another important aspect of the artist’s work is the interpretation of the past through the present and vice versa. The 16mm film Europa 54° 54’- 25° 19 from 1997 focuses on this connection between the past and the present. The camera follows the artist on a road trip from his apartment to the geographical center of Europe. It is situated in Lithuania, a fact that is anchored in the country’s cultural identity. The artist opposes ideological ideals with geographical facts and filters his own past experience through the film on camera, showing him in the present, and allowing for an understanding of the mutually productive relationship between memory, identity and culture.