7 Books to Help You Understand Lithuania 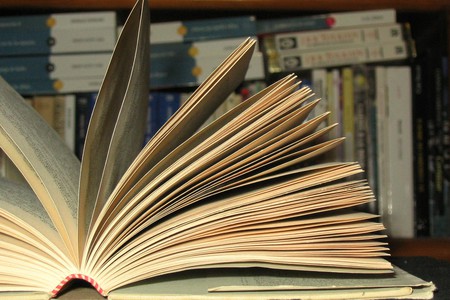 Lithuania has a rich and fascinating history, and there is much to understand about the aspects of Lithuanian culture, traditions, and lifestyle. Lithuanian books are the best way to start. Here is a list of some of the most interesting Lithuanian books, which will help you experience what this small Baltic State has undergone throughout history.

Balys Sruoga, the author of Dievų Miškas (Forest of the Gods) spent over two years in Stutthof Nazi concentration camp. This experience inspired him to write this memorable book, which perfectly translates the horrific times of Lithuania during World War 2. Dievų Miškas is a masterpiece of Lithuanian literature and a mandatory book to read for students in schools. In 2005, Lithuanian director Algimantas Puipa made a movie based on the book with the same name.

Vincas Mykolaitis-Putinas is one of the most talented authors to emerge from Lithuania. In 1933, Putinas published his epic, semi-autobiographical novel Altorių Sešėly (In the Shadow of the Altars) about a man called Liudas Vasaris, who wanted to be a poet as well as a priest. This book depicts life in early 20th-century Lithuania, including the economic situation, moral dogmas, and society. Putinas himself was a priest but renounced his priesthood in 1935.

Kristina Sabaliauskaitė is one of the most successful female Lithuanian authors ever. Her historic novel Silva Rerum became a revelation in 2008 and was named the best book of the year in 2009. The story is centred around the noble Norvaisu family and their everyday problems in a historically difficult 17th century. If you want to learn what it was like to be a part of the aristocracy in Lithuania at that time, read Silva Rerum for a great history lesson.

Romualdas Granauskas’ book Gyvenimas po klevu touches one of the biggest problems of Lithuanian culture a couple of centuries ago, when people moved from villages to the big cities and abandoned nature and working on the land. Older people, who lived in the villages for their whole lives, could not adapt to the changes and were very disappointed to see their grandchildren losing the touch with the Lithuanian land.

Vilko Valanda (Hour of the Wolf)

Andrius Tapinas, one of the most influential Lithuanian journalists and writers, published his novel Vilko Valanda (Hour of the Wolf) in 2013. This book tells an alternative story of Vilnius in the 20th century. Even though the story is fictional, the description of Vilnius is stunning and all the characters are really believable and fit into that period of history in Lithuania.

Žemaitė was born in 1845 and died in 1921, leaving a lot of work behind. Žemaitė’s novelette Marti focuses on the brutal life of poor Lithuanian village women in the late 19th and early 20th century. Read Marti if you want to understand the mentality of the Lithuanian villagers and what they had to go through to survive tough village life.

Ričardas Gavelis was the brightest author of post-modernism in Lithuania. His epic novel Vilniaus Pokeris (Vilnius Poker) was an eye-opener for many Lithuanians in the late 20th century, when the country was fighting for its freedom. Ričardas Gavelis was brave enough to criticize the Soviet Union and its rotten-from-inside culture. In 2009, Vilniaus Pokeris was translated into English and became one of the top 25 translated books in the USA.

Rimantas Kmita, the Lithuanian author from Šiauliai, published his revolutionary book Pietnia Kronikas in 2016 and it received a lot of positive attention in Lithuania. The novel tells the story of a schoolboy in Šiauliai in the late 20th century, written in authentic Šiauliai dialect, creating a perfectly believable world. If you want to understand Lithuanian street life, with all its cruelty and rules, after it regained independence in 1990, this is the book for you.