Serving everything from traditional Kosovan cuisine to Nepalese, Italian, Irish or Mediterranean food, these 10 great restaurants in Pristina are an excellent place to get a feel for Kosovo’s electrifying capital. 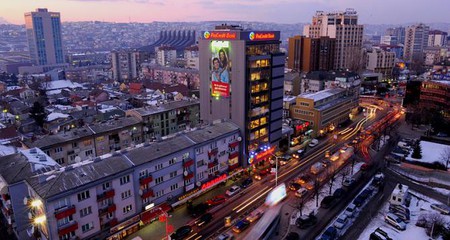 Ideally situated in a scenic village just outside of Pristina, Country House is considered to be one of the most exquisite restaurants of the area. Showcasing a spectacular view over the green rolling hills that surround the capital, Country House opened in 2006 and has remained ever since a reference point for fine cuisine enthusiasts. With outdoor garden tables set out during the summer and warm comfortable interiors in winter, this restaurant serves traditional dishes. It features a rich offer of grilled specialties, fresh salads and a cocktail selection to match. Its excellent service and friendly atmosphere have made Country House a favorite among Pristina’s multicultural residents and tourists. 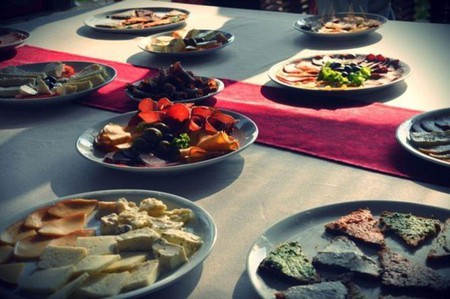 Offering a superb view over the city, Pinocchio is one of Pristina’s top restaurants. Pinocchio is well known for its affordable, yet delicious and diversified menu with Italian touches. These include the carpaccio with mozzarella and fresh ravioli with salmon. But local recipes are also served, alongside an excellent wine selection from Melini, Ruffino Chianti, Stone Castle or Riddoch Cabernet Shiraz. Unquestionably, Pinocchio is an excellent choice for those wishing to explore the upscale spectrum of Pristina’s culinary offering, and with a grand view of downtown Pristina. 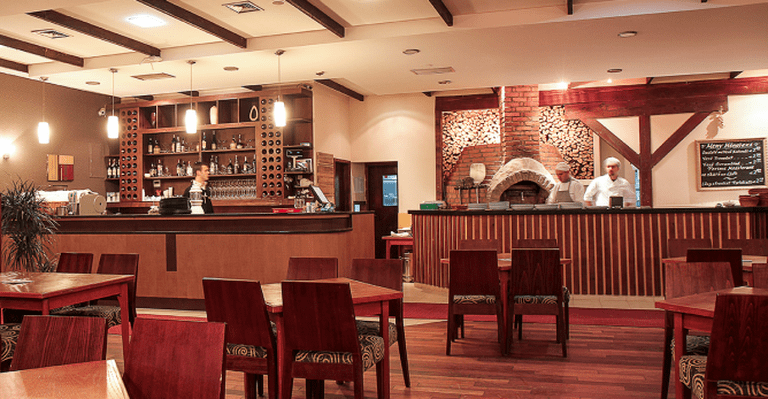 Vila Germia, Gërmia Park, Prishtinë | © Vila Germia
One of Pristina’s oldest and most renowned restaurants, Vila Germia enjoys a picturesque location in the stunning Gërmia Park around the outskirts of Kosovo’s capital. Open since the 1960s, this high-class restaurant combines its wonderful green surroundings with a tantalizing menu. It stars meat specialties such as beef Stronganoff, various recipes of trout, calamari and salmon and a refined and multicultural dessert list featuring tiramisu, baklava, cheesecake and chocolate soufflés. With its large open terraces facing the forests of the national park, Vila Germia is a very popular location and its tables are always filled with locals and expats looking for a culinary treat in a lush, green setting. 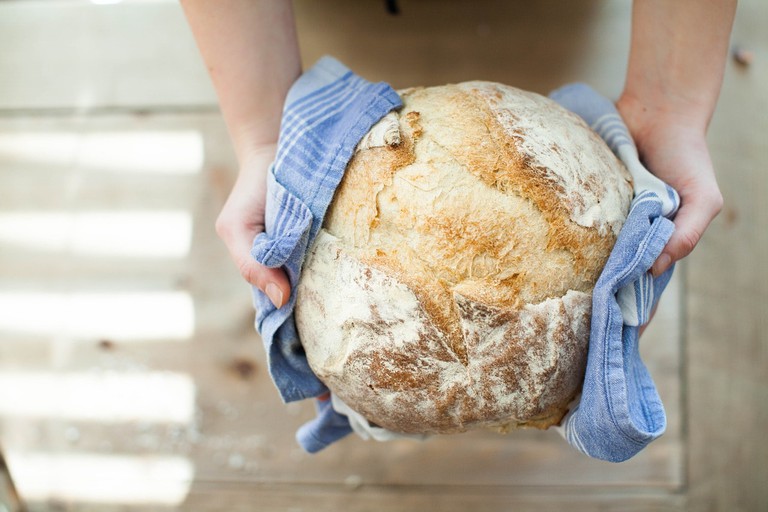 Homemade bread | © fancycrave1 / Pixabay
Traditional food is the key characteristic of this highly rated Pristina restaurant, located in the heart of the capital. Its quality makes Pishat an unmissable stop for all tourists wishing to uncover the cuisine of Kosovo itself. Frequented by virtually everyone in the city, Pishat is an excellent all-season restaurant, with large open terraces in the summer. It’s also one of the few restaurants in Pristina that serves pork dishes. But it does not end there, as the varied menu also features tasty homemade bread, baked in a brick-oven, local specialties such as Isfli,grilled vegetables and a must-try grilled cheese starter. It also serves the best local wines and Kosovan Peja beer.

The only Irish pub in Pristina, Paddy O’Brien’s recreates in Kosovo’s capital the magic of the overseas Irish atmosphere, offering authentic draught Guinness, traditional steaks, fried food and sports channels in its typically Irish, green setting. A favorite meeting place for Pristina’s British, American and Scandinavian expats, and one of the trendiest restaurants in the city, Paddy O’Brien’s received Trip Advisor’s 2013 Certificate of Excellence. Like all respectable Irish pubs in the world, Paddy O’Brien’s hosts various music events, for instance a concert by Cat Henschelmann, and is the perfect place for those in search of the fun, noisy and vibrant Irish experience. 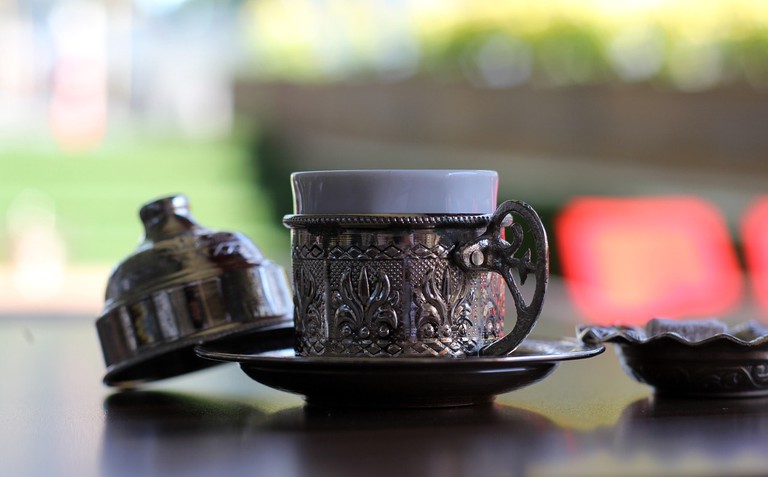 A cup of Turkish coffee | © Activedia / Pixabay
Launched in 1992, Liburnia is one of the most tastefully decorated restaurants in Kosovo’s capital and a great attraction for visitors on the lookout for a more romantic dining spot. With its warm and familiar atmosphere, Liburnia offers good value for money and is a favorite among locals and tourists traveling to Pristina. The restaurant serves both traditional, local stews and grilled meat recipes, and more international dishes such as pizza or the popular chicken rice with sweet chili. Placed in an old, Turkish-style house, Liburnia offers homemade food which is served in clay pots.

Restaurant, Italian, Mediterranean, European, $$$
Facebook
Email
Twitter
Pinterest
Copy link
Share
Located in a beautiful old house, away from the busy main streets of the city, Il Passatore is no doubt the dream venue for those who enjoy homemade pasta and Italian food prepared with talent and passion by the highly acclaimed Antonella, the restaurant’s owner. Without a typical printed menu, Il Passatore surprises its guests with delicious dishes that change every day, based on the availability of fresh produce at the local markets. The tasty homemade chicken liver pate, the veal scaloppini, the chocolate mousse and the various pasta specialties all provide an unforgettable delight for the senses. This food provides a great motivation to visit and enjoy the most famous Italian restaurant in Pristina. 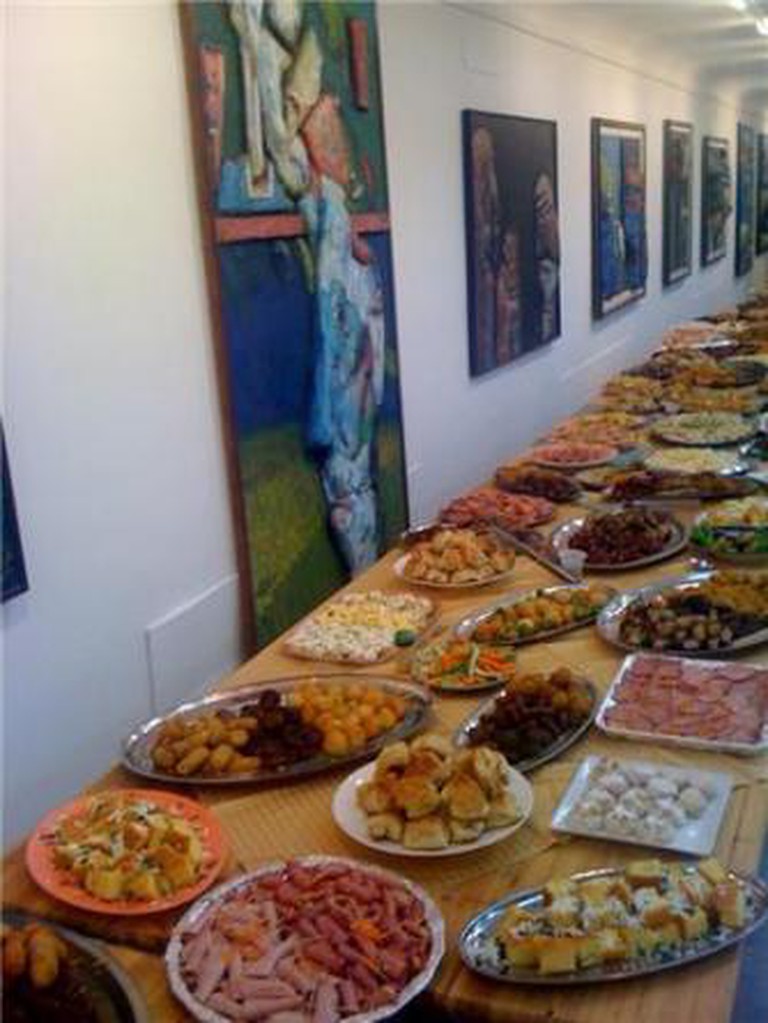 Himalayan Gorkha Restaurant, Pristina | © Home
A rather unexpected addition to Pristina’s culinary scene, Himalayan Gorkha Indian & Nepalese Restaurant is an exotic stop for visitors looking for an authentic experience in Kosovo’s capital. After all, eating Himalayan and Nepalese food in the heart of the Balkans is bound to be a memorable cultural experience. Located in central Pristina, but hidden on the first floor of the former and deserted shopping centre Qafa, this small restaurant serves a variety of dishes. Fare includes traditional Tibetan chicken, mutton dumplings, various curry combinations and chicken specialties such as pakora or biriyani and pineapple lassi or masala tea.

Restaurant, Mediterranean, European, $$$
Facebook
Email
Twitter
Pinterest
Copy link
Share
The name of this restaurant gives a pretty good idea of what can be expected. Centrally located, Home is the place to go for those who would like to enjoy a homely, multicultural gastronomic experience in Pristina. From traditional Kosovan to Greek, Chinese and Italian dishes, and from American-style burgers to vegetarian recipes, Home offers a sophisticated mix for customers. Even better, the restaurant has a wonderful garden and is frequented by international staff as well as local artists. It provides visitors with a glimpse on the cosmopolitan life on Kosovo’s capital. 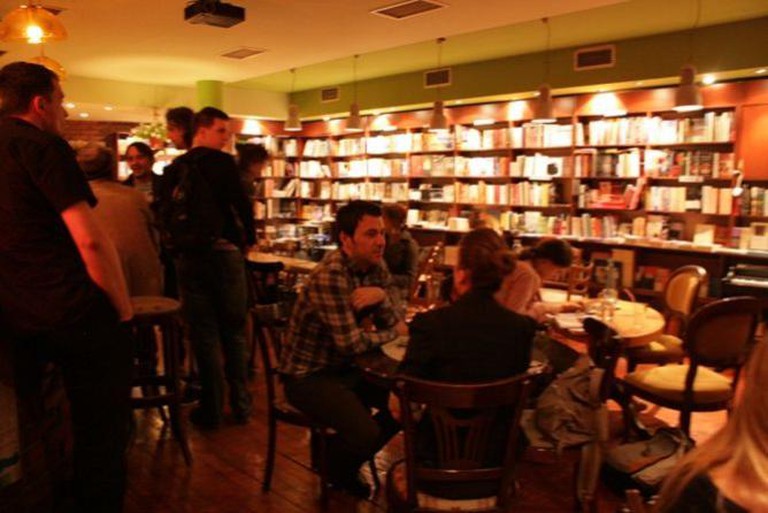 Dit' e Nat' | © harunahoncoop
Dit’ e Nat’, or ‘Day and Night’ by its English name, is the perfect place for those interested in getting a taste of excellent coffee specialties, teas, homemade cakes and easy lunches in a literary and artistic ambiance. Situated in the vicinity of Pristina’s Government and OSCE headquarters, Dit’ e Nat’ is a favorite meeting point for expats living in Kosovo’s capital. Not only is this the only book-cafe in Pristina, but it is also an excellent location to meet and discuss with local artists, read or buy top-rated English books or see local films at the monthly Dit’ e’ Nat’s Film Embroideries.