The history of the Balkans, and the creation of the still fledgling state of Kosovo, is often obscured by a narrative of violence and conflict. Albanian writer Ismail Kadare attempts to elucidate that narrative in his work Three Elegies for Kosovo which reinterprets the modern Balkan conflict through ancient antagonisms, and in doing so questions man’s capacity for freedom in such violent times. 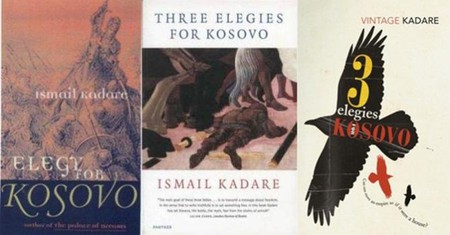 When ‘Kosovo’ arises in conversation, the connotations of NATO, Slobodan Milosevic, war and atrocity usually emerge along with it, conjuring grim landscapes dotted with the machinery of war. Formulating some kind of understanding often proves difficult for those not directly involved, considering the vehement partisanship and the irreducibly complex history which drives the conflict.
In Ismail Kadare’s Three Elegies For Kosovo, he attempts to clarify the outside world’s often obfuscated view of Kosovo, by trying to understand both the contemporary reality and the long, blood-stained route that preceded it. Its medieval setting suggests a safe distance from recent troubles, but what the battles of the narrative reveal pertains directly to the troubles of Kosovo in the modern world. In an oblique fashion, Kadare gradually explores the Balkan nations and their territories, religions, histories and cultures. He thus destabilizes the pervasive European narrative which dismisses Kosovo and its surrounding nations as a region of embittered war-mongers steadfastly holding onto the memory of historic division. Instead, there is a reflection of the outbreak of war against Turkish invaders in 1389 in the discourse of the everyday, as it travels through ‘remote taverns’, in the form of conjecture and hearsay. The narrative develops, from hushed public anxieties to an immersion in the heat of conflict, with the second elegy charting the emotions of the Balkan minstrels who experience the battle against the Turks; their eventual pain due to loss at the hands of the invaders, and their subsequent exile. Each perspective is imbued with candour and humanity, thereby undermining the perspective which propagates violence through mythical justifications mixed with fanatical nationalism. 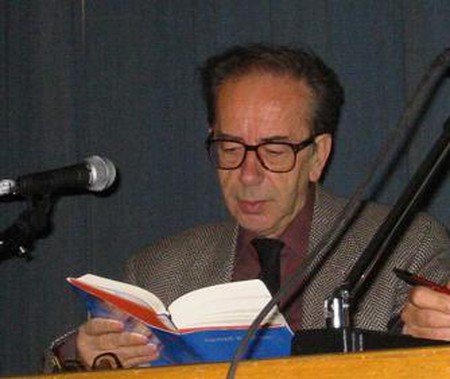 In Kadare’s tale the minstrels flee from their Turkish attackers and come to symbolise the antagonisms which would come to haunt the Balkans. The traditional folk instruments (the Serbian ‘gusla’, the Walachain and Bosnian flutes and the ‘one-string lahuta’ associated with the Dinaric Alps) the characters Gjorg and Vladan each possess, are invested with a metaphorical conception of cultural identity and pride, outside of arbitrary claims of land ownership or pugilistic jingoism. Kadare problematizes their national identity by emphasizing the inherent absurdity of the songs they recite, which consist of impassioned lyrical choruses warning of their fellow Balkans; the ‘pernicious Serb’ or the intent of Albanians who ‘are taking Kosovo from us’. Their endurance of suffering together suggests a potential unity, but they are consistently brought back to the constriction of ‘ancient chains’ by their own obstructive mentalities; an impediment which jars with their emotions during their struggle. Eventually they reach Central Europe and are invited to a banquet as entertainment, coerced into a spontaneous retelling of Balkan history. Kadare implicitly proposes that their salvation will come through a confrontation with their own dark history; a progressive alternative to a debilitating partisan reinterpretation of the past.
Kadare also addresses the region’s status as a mediation zone between the East and the West, highlighting the fearful religious fervour which seems to govern the relations between Christianity, Judaism & Islam. He relates the fatal demise of Ibrahim, a pluralistic and moderate religious figure, whose execution metonymically encompasses a problem which both haunts and transcends Kosovo. ‘The Great Lady’ who feels keenly the resonance of the minstrels tales, also comes to an unfortunate end, dying before she can transmit her sagacity; the realisation that Balkan lands are the threshold of Central Europe, so cannot and should not be isolated and forgotten. Consequently, supposedly distant, uninvolved regions are drawn into Balkan affairs, suggesting that the tragedy of Kosovo’s history is not exclusively that of the region and its immediate surroundings, but that of Europe and further afield as well; a failure of the transnational, in humanity as collective whole. 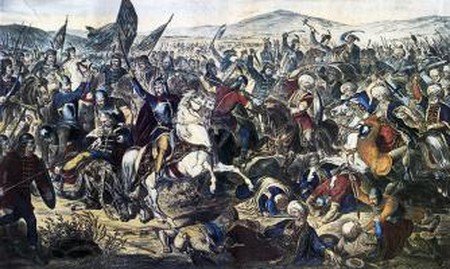 Kadare mirrors ancient divisions in modern contexts, highlighting an inability to learn from history, and forget old wounds, something which traps Kosovo in a revolving cycle of endless conflict. But he does this through grounded, compassionate perceptions in three elegies of brevity and solemnity, powerfully lamenting the fate of Kosovo whilst maintaining that the strength of consciousness, expression, and compassion can still be a potentially restorative force.
The surrealistic end of Kadare’s work consists of a Turkish prince slain in battle lamenting the continued unrest in the Balkan region, commenting on the modern conflict from his tomb. He acquires knowledge of this unrest through newspapers which drift by the tomb’s entrance. Deftly executed, leaving a potent sense of unreality and absurdism, Kadare reflects the absurd futility surrounding Kosovo’s history. Whether an illumination like the one experienced by the prince will stay buried, only realised in the throes of endless suffering, or will descend upon the region, revealing a path to resolve, is something that remains a notional hope.