Top Things to Do in Lecce, Italy 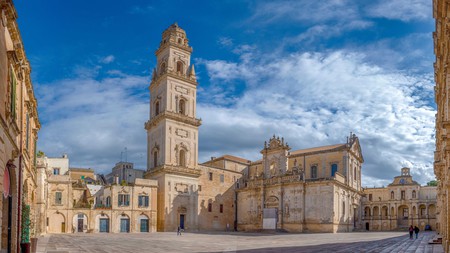 Given the abundance of beautifully preserved baroque churches and palaces dotted throughout its historic centre, it’s little wonder that Lecce, on Puglia’s Salento peninsula, has earned the nickname of the Florence of the South. It’s also one of the best places to sample authentic Puglian cuisine and is home to a handful of museums dedicated to the rich cultural and architectural heritage of the region. To help you make the most of your visit, here’s our guide to the best things to see and do in Lecce, Italy.

You can enjoy a guided walking tour in the company of a Local Insider as part of Culture Trip’s specially curated 10-day Southern Italy adventure – which also includes visits to Naples, the Amalfi Coast and Matera, among several other fantastic destinations. 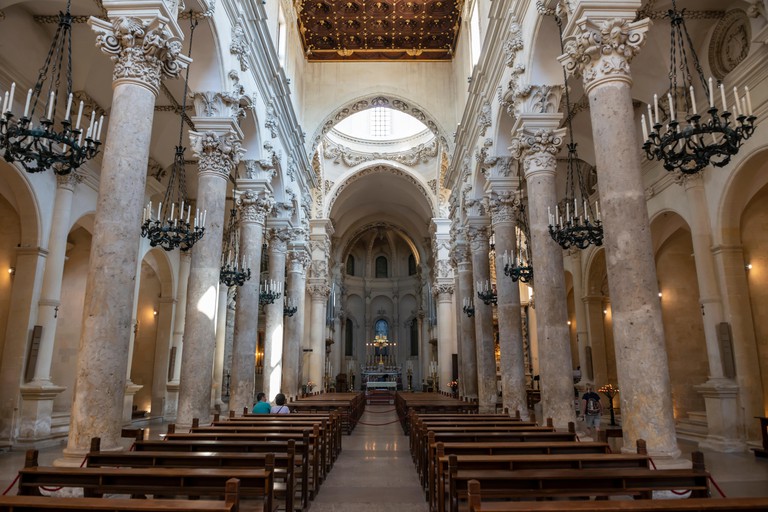 © Angus McComiskey / Alamy Stock Photo
Of all Lecce’s architectural gems, the Basilica di Santa Croce is arguably the most visually striking, with its opulent façade (featuring sculptures of humans, animals and celestial creatures carved into local sandstone), and its bright, spacious interior, complete with marble columns and a wood-panelled ceiling surrounding a painting of the Holy Trinity. Constructed on the site of a former monastery between 1549 and 1695, when Puglia was under Spanish rule, three generations of architects contributed to its elaborate design. The basilica is open to the public every day – check online before you go for seasonal opening hours and admission fees.

Stroll through the Piazza Sant’Oronzo 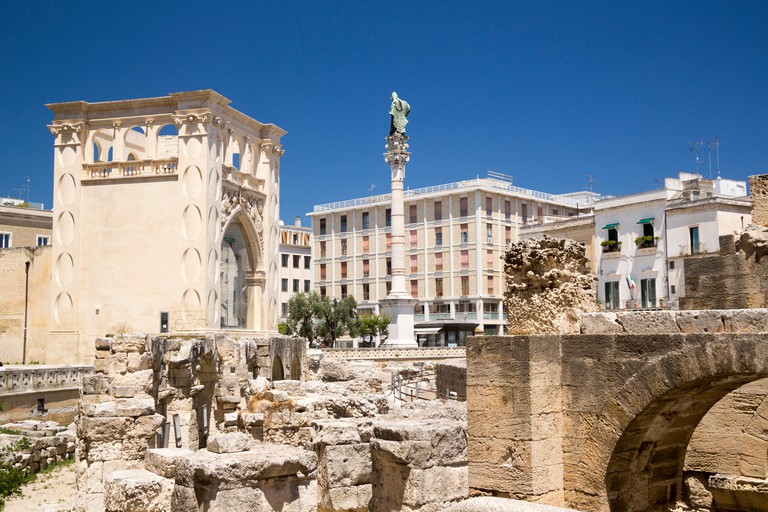 The Piazza Sant’Oronzo is Lecce’s main square – and it’s dominated by a 29m (95ft) column topped with a statue of Saint Orontius, the city’s patron saint. It’s also home to a second-century Roman amphitheatre, which was only discovered in 1901 and excavated in the 1930s. Right next to it, you’ll see two other important landmarks: the Church of Santa Maria della Grazia and the Palazzo del Sedile. Strolling through the square is a great way to soak up the city’s atmosphere – and if you’re looking for a bite to eat, there’s no shortage of cafés, bars and restaurants to choose from.

Another focal point of Lecce’s old town, the Piazza Duomo is just a five-minute walk from the Piazza Sant’Oronzo, and has more of a private feel due to its enclosed design and lack of commercial activity. It contains the cream-coloured Lecce Cathedral, built in the 12th-century under Norman rule but reconstructed in Baroque style in the 17th-century by a local architect, who added a 72m-high (236ft) bell tower. Both the Episcopal Palace and Seminary Palace, only a few steps away, are also prime examples of Lecce’s Baroque beauty.

The Museo Faggiano was a private home in the centre of Lecce until 2001, when the owner, Luciano Faggiano, discovered archaeological remains dating back 2,500 years while digging up his floor to change his sewer pipes. Over eight years, he and his sons embarked on a mammoth excavation project, unearthing over 5,000 artifacts, including ancient Greek tombs, the remnants of a Franciscan chapel and part of a Roman granary. Their findings eventually culminated in opening a museum in 2008, which offers a fascinating window into the city’s past. It’s open daily and admission costs €5.

Take a day trip to Otranto 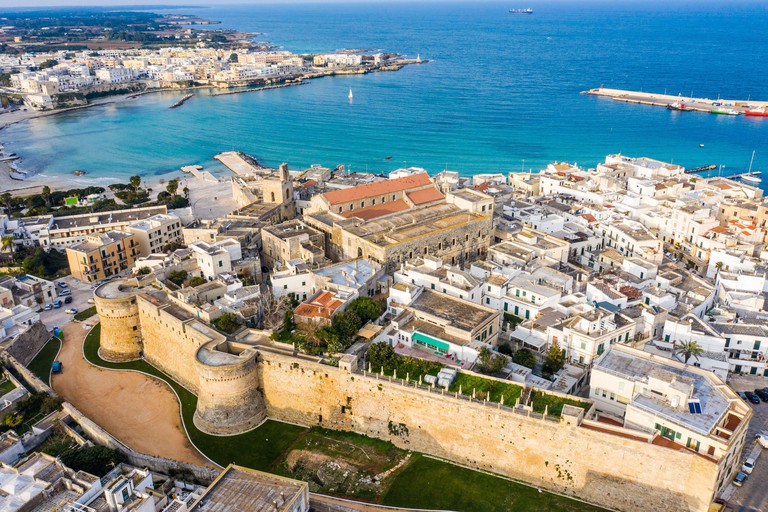 Fancy a day trip to explore another architectural jewel on the Salento peninsula? Formerly a major trading port of the Roman empire, the town of Otranto, on the Adriatic coast, is a 40-minute drive from Lecce, and features an eclectic mix of styles, reflecting its complex history of Byzantine, Norman and Ottoman rule. Plan to visit the 15th-century Aragonese castle, now recognised as the setting of the first gothic novel (Horace Walpole’s 1764 publication, The Castle of Otranto), and the 11th-century Romanesque cathedral, with its ornate floor mosaic and eerie collection of human skulls in glass cabinets. A guided walking tour of Otranto is included as part of Culture Trip’s specially curated small-group Southern Italy trip.

Join a guided hike in the Cesine Nature Reserve

If you want to escape the city for a few hours and experience the nearby nature, consider heading to the Cesine Nature Reserve, 15km (9mi) outside of Lecce. This 380-hectare (939 acres), WWF-protected area consists of marshy wetlands, sand dunes, pine forests and Mediterranean maquis along the Adriatic coast. Take a guided walk from the visitor centre in the company of an expert guide, admiring the tranquil scenery and keeping an eye out for wildlife as you go. Deer, badgers, weasels, foxes, snakes and over 180 bird species live here. 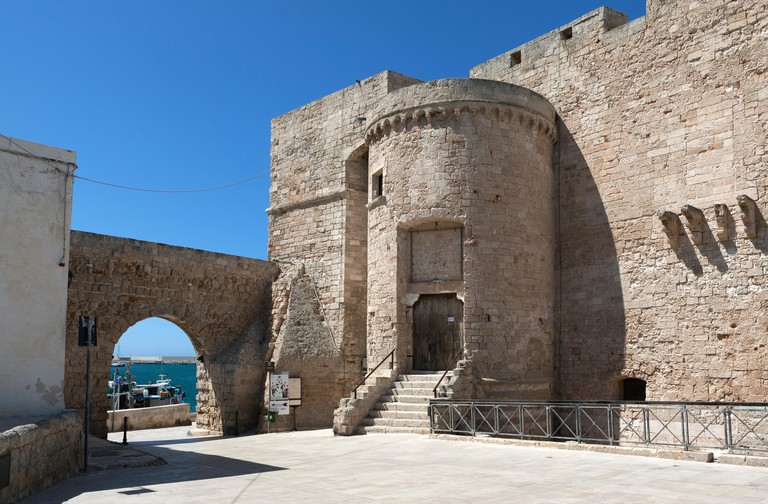 © Kesslerimages / Alamy Stock Photo
Castello di Carlo V – otherwise known as the Castle of Lecce – was originally built by the Normans in the 12th-century, before being reinforced and expanded by Emperor Charles V in the 16th-century, making it the biggest castle complex in Puglia. Today, it hosts cultural events, such as theatrical performances and photography and art exhibitions, and houses a papier-mâché museum, which offers an insight into this art form which originated on the Salento peninsula.
Give us feedback