The Top Things to See and Do in Piedmont, Italy 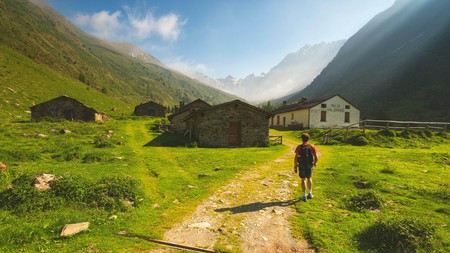 Bordering France and Switzerland, Piedmont stretches from the Alps, past Turin towards the Ligurian Sea in the south. Discover the best things to do in this region of Italy – from eating gianduja to skiing in the Milky Way.

Piedmont’s name originates from its location at the “mountain’s feet”, but this Italian region has much more to it than its scenery. With museums devoted to Ancient Egypt and the history of cinema, the capital city of Turin has become a destination for lovers of culture and history, while foodies delight in the local produce and specialties of the area’s restaurants. Here are some of our favourite things to see and do while in Italy’s region of Piedmont. 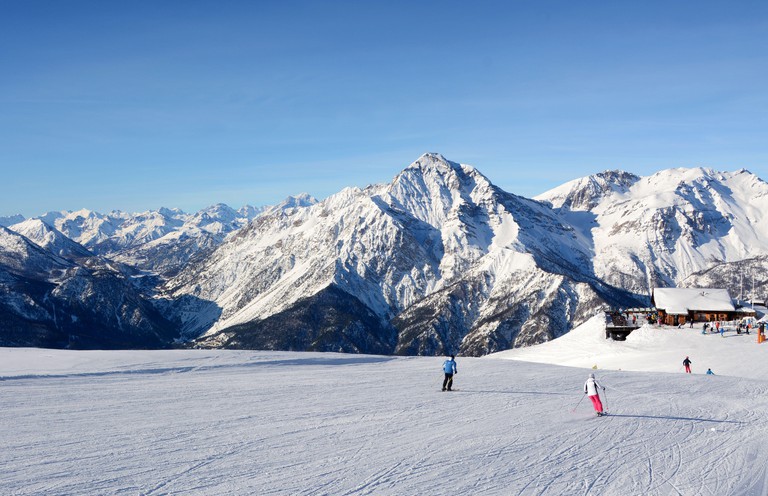 © EyeEm / Alamy Stock Photo
There aren’t many better European skiing spots than Sestriere. Located at the base of the Alps – just west of Turin – this purpose-built ski resort was one of the world’s first. It welcomes skiers of all abilities with plenty of family-friendly green and blue runs, alongside challenging off-piste for experienced skiers. If you’re looking for lively après ski, head to neighbouring town Sauze d’Oulx for a beer or two.

Those looking for a more exclusive experience will want to head to Lido Baveno. Located at the Switzerland-Italy border straddling Lago Maggiore, this beach club provides an idyllic spot for sunbathing, swimming, fine dining and dancing. Expect undisturbed views across the lake, its islands and, of course, the world-famous Alps. On evenings, the beach club’s indoor restaurant provides a romantic scene as the sun sets over the water. 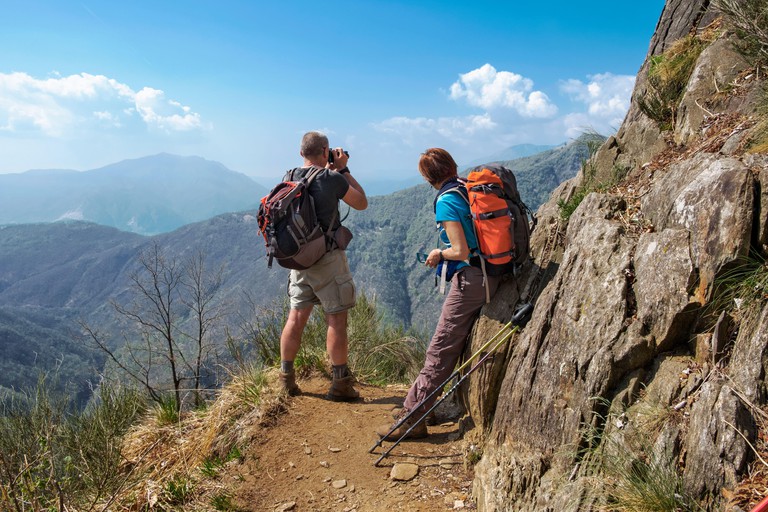 © Wirestock, Inc. / Alamy Stock Photo
Val Grande National Park is Italy’s largest wilderness, offering unrivalled vistas, unspoiled landscapes and superb hiking opportunities. Casual strolls can be taken along the well-trodden trails – but if you’re feeling slightly more adventurous, you may be interested in the search for the abandoned village of Miunchio while hiking from Cossogno to Casletto bridge. There are trails for all abilities here, but more curious hikers may prefer to instruct a local guide.

Learn the history of film at the Museo Nazionale del Cinema

Cinema, Museum, Synagogue
Facebook
Email
Twitter
Pinterest
Copy link
Share
Housed in the Mole Antonelliana – which was meant to be the Turin’s synagogue – the Museo Nazionale del Cinema is the place to learn more about the history of film. Film buffs will enjoy exhibitions explaining the origins of filmmaking and how special effects are created, and listening to original movie scores. It’s a great rainy day activity, plus the museum is also home to one of the most beautiful views of the city. Take the elevator to the top and enjoy a birds-eye view from 75m (246ft) up.

Go back in time at the Museo Egizio 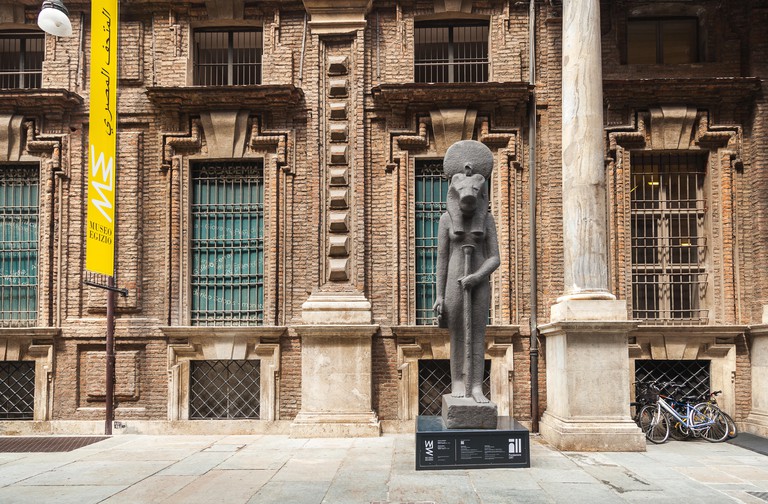 © Zoonar / Alamy Stock Photo
With one of the largest collections of ancient Egyptian artefacts in the world, Turin’s Museo Egizio is a must-visit for history fans. Stroll past illuminated sphinxes, ancient sarcophagus and learn how they x-ray mummies without opening them up. The museum also houses three different versions of the Book of the Dead, including the oldest known copy in the world. Just keep your wits about you – you never know when a mummy might poke its head up.

Italian cafe culture is famous, but visitors to Turin are in for a particular treat with a bicerin. Famous fans such as Alexandre Dumas adore this coffee beverage – and it’s well worth a taste. It is made from espresso, chocolate and whole milk, prepared in three distinct layers. Although there is still debate as to which cafe created the drink, many locals will contest the original comes from Caffè Fiorio.

Admire the Santuario of Vicoforte 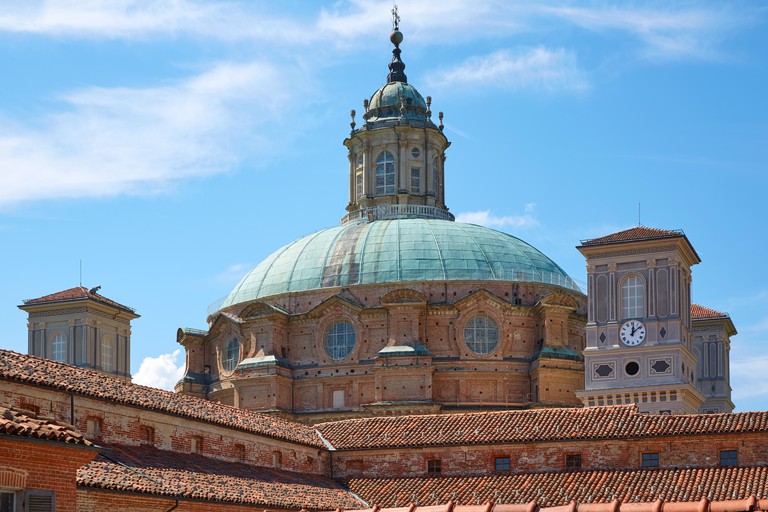 © A. Astes / Alamy Stock Photo
Head to Cuneo and you can’t miss the Santuario of Vicoforte. It’s home to the largest oval dome in the world, built between 1596 and 1733. Once a medieval sanctuary, the basilica became a pilgrimage site in the 16th century after a huntsman accidentally shot a picture of the Madonna and Child, causing the painted Virgin to reportedly bleed. The best way to explore this site is with a guided tour, but if not, pick up the rather good brochure at the front desk. Don’t forget to look up – the ceiling painting is astonishing.

Treat yourself to a gianduiotti or two

Piemontese culinary culture is famous for perfecting the art of chocolate, particularly in combination with the region’s native hazelnuts. Named after the character from the commedia dell’arte, Gianduja, the little chocolates are meant to be shaped like the character’s hat. The original chocolate was created in Turin by Paul Caffarel and Michele Prochet in 1865 – when they came up with the clever idea of adding ground hazelnuts to the chocolate mix. 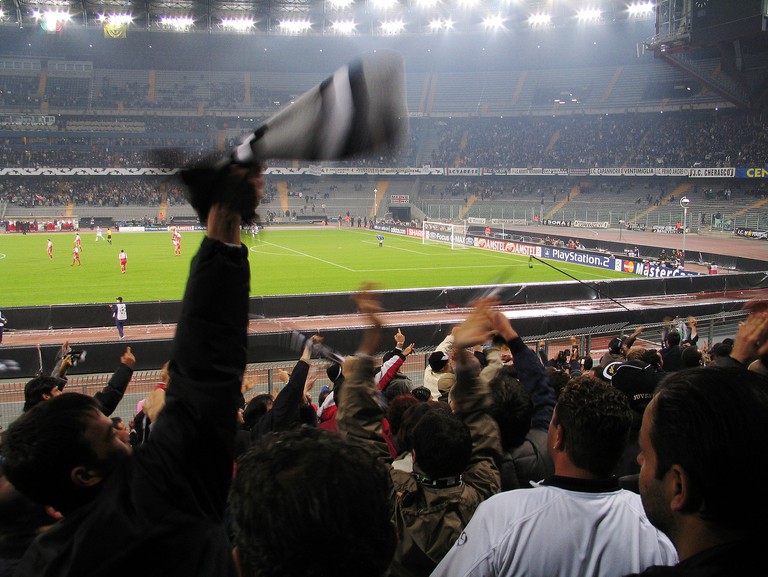 © Hemis / Alamy Stock Photo
The Turin soccer club, Juventus, is one of the oldest and most successful in Italy, having won well over 50 official titles. In fact, in 2009, the International Federation of Football History and Statistics named Juventus Italy’s best club and the second-best of Europe. When in Turin, football fans should check out Juventus players in action at the team’s home stadium. Viva la Madama!

Enjoy a glass of red at Cantina del Glicine

Wine Seller, Italian
Facebook
Email
Twitter
Pinterest
Copy link
Share
The vineyard at Cantina del Glicine has been welcoming visitors since 1980. The equipment and processes have been in use since the late 16th century – making it one of Barbaresco’s most historical significant producers. Owners Adriana Marzi and Roberto Bruno hold guided regular tours to educate you about the locally produced wines. Head along for the day to get a real taste of the region.

Richard Franks has contributed additional reporting to this article.