The Best Things to Do in Capri, Italy 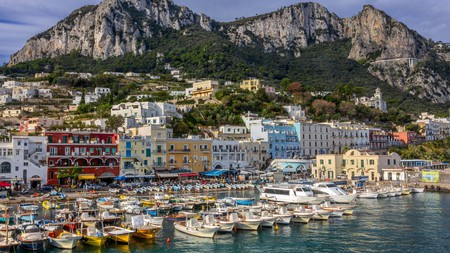 There are many reasons why the southern Italian island of Capri has long been the preserve of artists and celebrities: dazzling views from cliffside paths, fresher-than-fresh seafood, deep blue sea just begging to be snorkelled in, and some of the most beautiful beaches in Europe.

Coveted by Roman emperors, turn-of-the-century thinkers and everyone since, the craggy limestone idyll of Capri still miraculously retains its natural charm. Like Augustus and Tiberius before, you can escape the crowds and explore the island’s coves and cliffs by chartered boat; go cave swimming; walk its meandering paths or contemplate the shimmering views. Capri’s timeless beauty, and bounty of seafood and other local delicacies, continue to fuel artists, fashionistas and people-watchers who flood its paved squares, panoramic terraces, restaurants and pebbled beaches. It’s not a cheap destination, but it’s worth your while no matter your budget.

See a concert at Villa Lysis 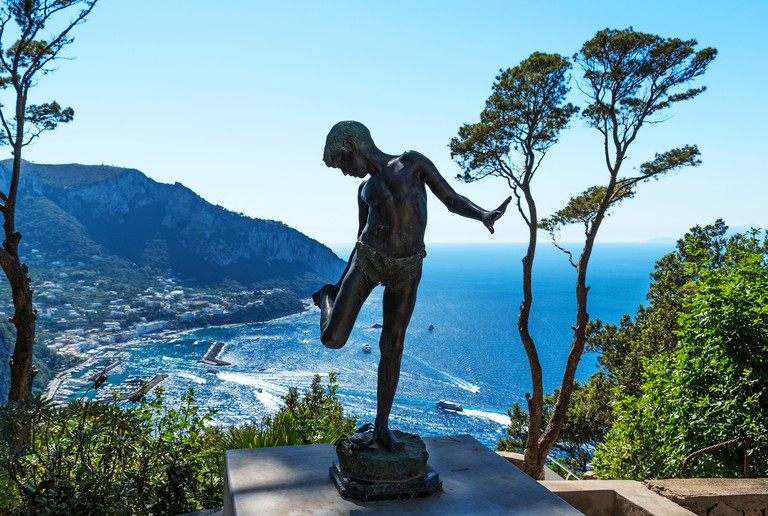 For an invigorating and thought-provoking ramble, head to this luxury Caprese villa built in 1904 by the scandal-fleeing French exile Jacques d’Adelswärd-Fersen. Set in a dramatic spot on the northeastern tip of the island, the 45-minute uphill walk from the Piazzetta (Capri’s main square) passes through flowery lanes and many a sunbathing lizard. The elegant neoclassical villa was a former meeting point of early 20th-century intellectuals and artists. Among its gorgeous terraces, statues and gardens, it now hosts concerts and cultural events. 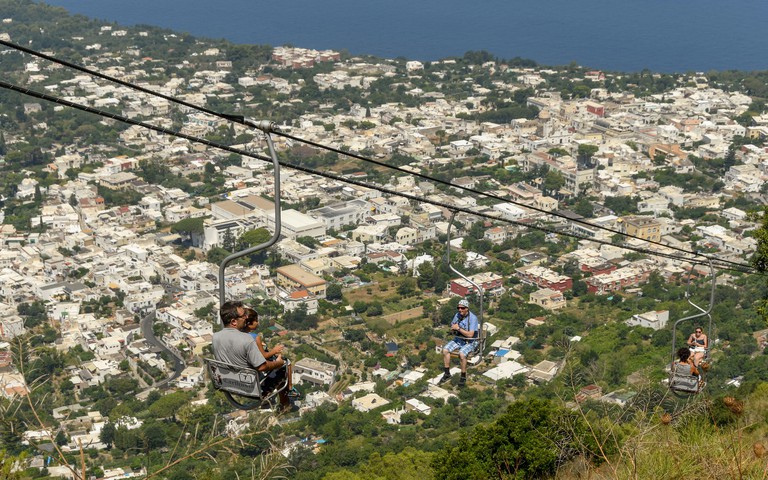 Reaching this 600m (1,968ft) summit from Anacapri is rewarding on foot but on a hot day it’s wise to opt for a more serene ride up on the seggiovia (chairlift). With your feet dangling over the lush landscape below, a go on the single-seat chairlift allows for glimpses of private gardens before opening up into grand vistas as you ascend. In 12 minutes, the hustle of Anacapri is far behind you. Up top, linger on the terrace cafe and wander around the summit for clear, 360-degree views of the Bays of Naples and Salerno.

Take a boat around the island 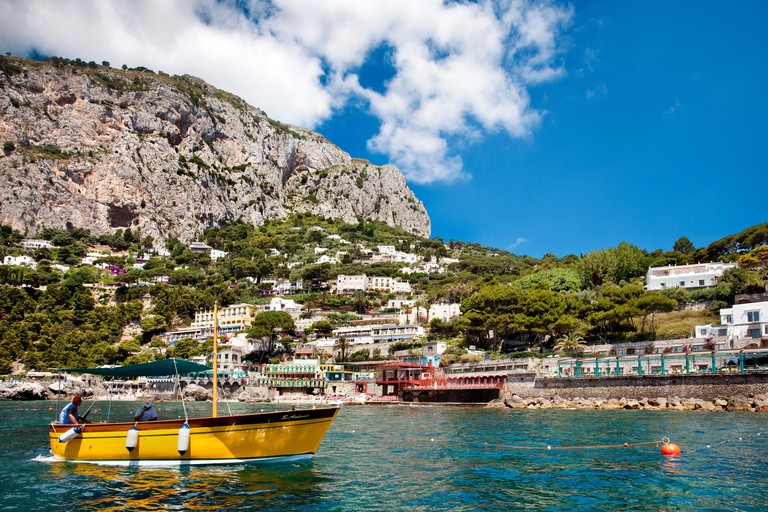 Visitors have cove-hopped around Capri’s shores since ancient times, exploring the island’s rocky coastline which is largely only accessible by boat. Charter a modern boat or – if you’re lucky – a traditional, wooden caprese gozzo from Marina Grande, dropping anchor in limpid waters backdropped by stunning cliffs and the famous Faraglioni rock formation. Among the many secluded bays with nearby facilities is Bagni di Tiberio (by the ruins of one of the emperor’s villas), which has a seasonal seafood restaurant that’s worth a stop. 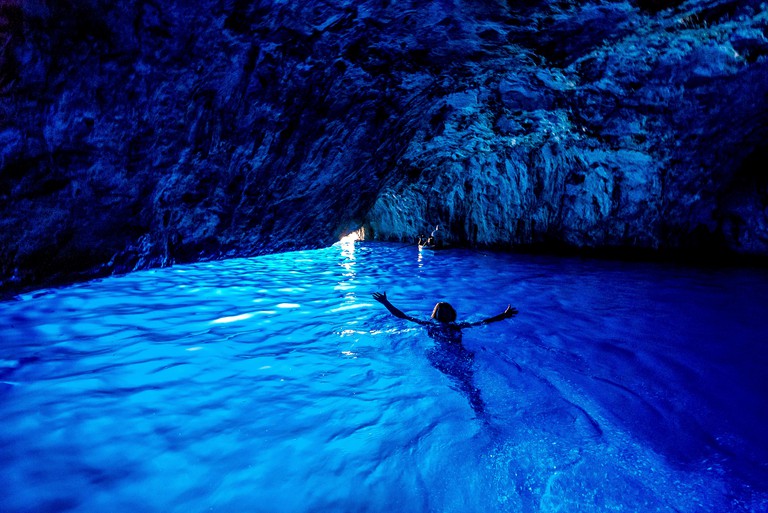 Capri’s limestone geology has weathered over millennia to form dozens of sea caves. Famed for its luminous emerald waters – caused by refraction of sunlight at certain times of day (11am-1pm in summer) – is the Grotta Smeralda (Emerald Cave). It’s an understandably busy spot, so to avoid the crowds, charter a boat, plus guide, to explore less frequented caves for some peaceful swimming. Among them are Grotta Meravigliosa, with its impressive stalagmites and stalactites, and the green-glowing waters of the Grotta Verde.

Have an aperitivo in the old town Piazzetta 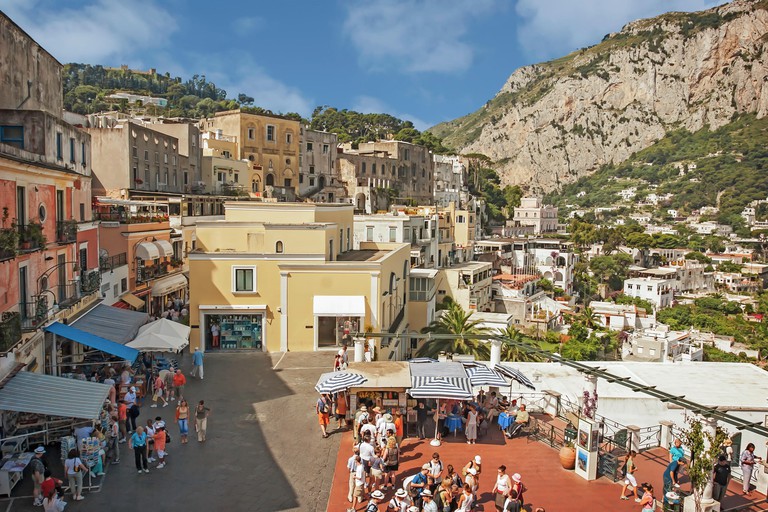 Everyone who’s anyone seems to pass through this busy but intimate square at some point in their lives. Keep an eye out for celebs, artists and writers as you sip on your Aperol spritz (prepare to fork out for that one). And while you admire the baroque Chiesa di Santo Stefano church, the peach-coloured Municipio building or the majolica-tiled Torre dell’Orologio clock tower, consider that the eyes of Dickens, Lenin and Graham Greene all gazed upon those same sights before you. 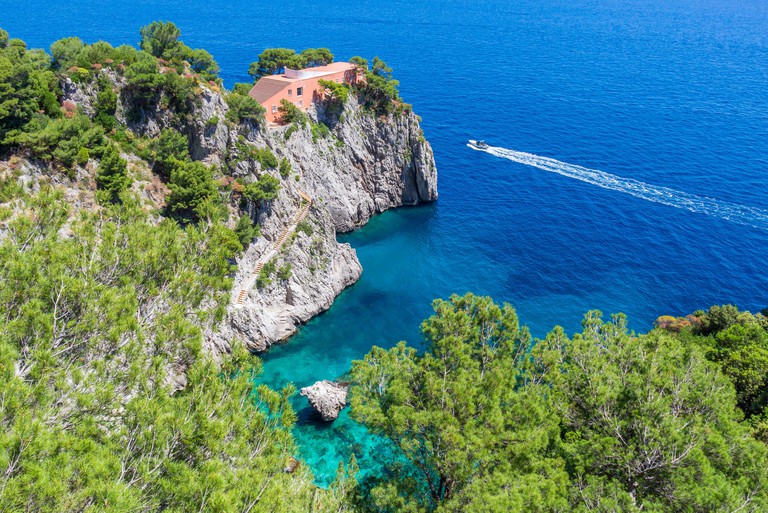 Kick off a wonderful wander around the island at the busy Piazzetta, and with each step discover another aspect of Capri’s serene, natural beauty. You’ll stumble upon breathtaking views of Arco Naturale, a limestone archway carved by erosion – and when you reach the craggy outcrop of Punta Masullo you’ll glimpse the arrestingly modernist Villa Malaparte (which is only open to the public for occasional events).

Swim and sunbathe at Marina Piccola 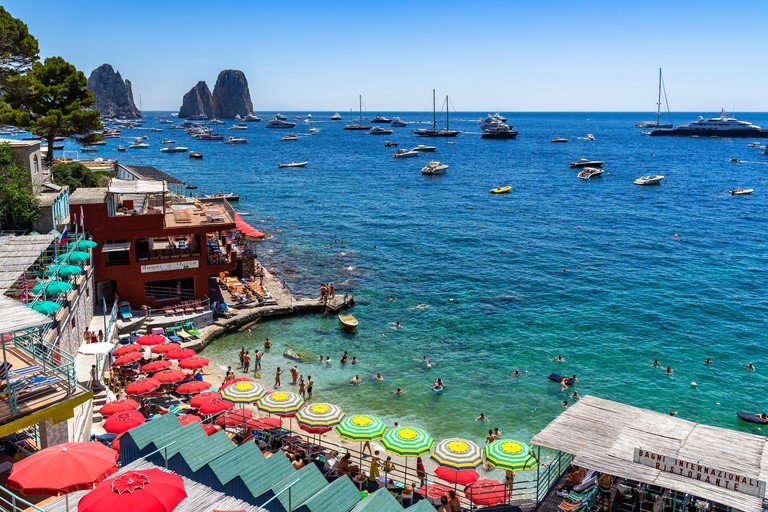 Southern Capri’s most famous bathing spot is split into two tiny bays: Marina di Pennauro and Marina di Mauro. By 8am in high summer, every inch of the craggy coastline and tiny pebby beaches seems to be taken by early-rising sun seekers – so get there first thing. If you can’t bag a lounger or beach-towel spot, settle for an epic lunch or even an evening aperitivo at one of the beach’s picturesque seafood restaurants. Sat on their wooden decks, you’ll eat above the same waves that lap the Scoglio delle Sirene (Siren’s Rock) and Faraglioni Rocks in the distance. 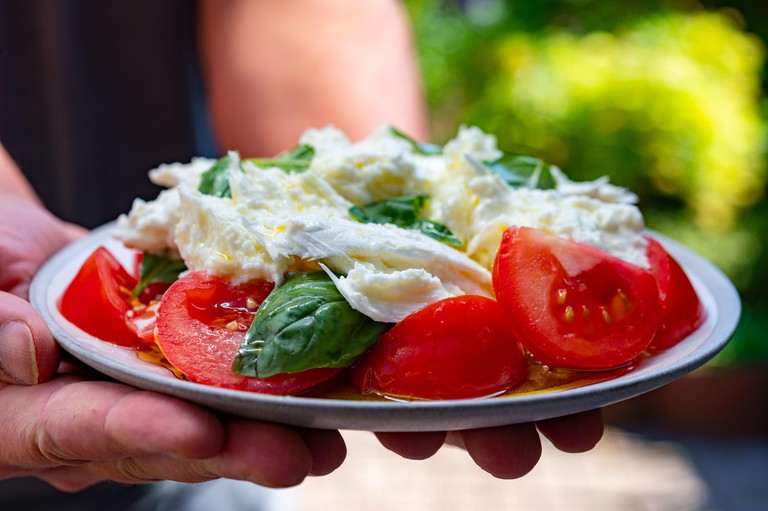 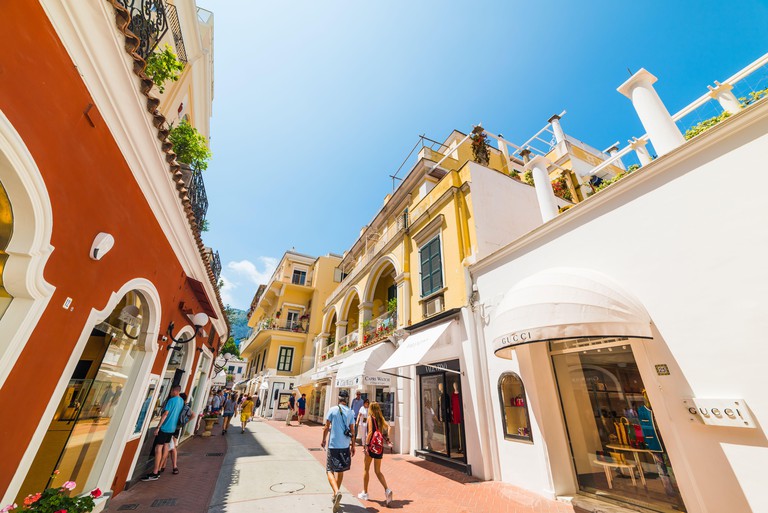 Do as the Capresi do and join the evening saunter around Capri or Anacapri, on a traditional passeggiare (stroll). Each evening, especially during the warmer months, couples, families and solo strollers walk the lanes that fan out from the Piazzetta, pausing to chat and congregate along the way. Take the opportunity to pop into designer boutiques and sandal outfitters en route, on Via Camerelle and Via le Botteghe, or grab an ice cream from the Pasticceria Buonocore gelateria. In family-orientated Anacapri, local pals catch up in Piazza San Nicola, by the whitewashed Chiesa di Santa Sofia church.

Get a history lesson at Certosa di San Giacomo 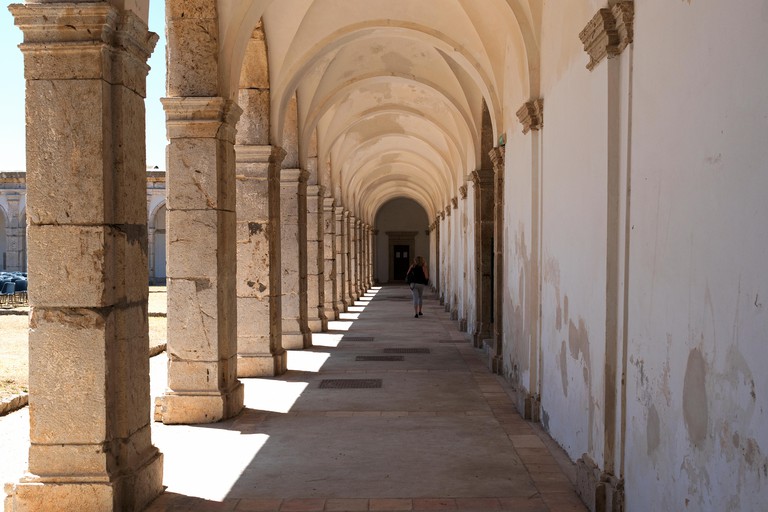 © Kevin Britland / Alamy Stock Photo
This 14th-century Carthusian monastery, dedicated to the apostle James, lies southeast of the Piazzetta. The monks left for pastures new long ago, but the rather dilapidated and sombre architecture and gardens still makes for a refreshing escape from contemporary Capri glitz. The two cloisters, panoramic terraces and curious refectory, decorated with Roman statues recovered from the Grotta Azzurra sea caves and haunting paintings by German artist Wilhelm Diefenbach, may keep you there for an hour or two.

After all this exploring, you’ll want somewhere to lay your head. Discover our guide to the best villas or hotels on Capri, now bookable via Culture Trip. Or, head back to Naples and see what there is to do there. If you still need convincing, see the top reasons why you should go, but if the best pizza restaurants in Naples don’t tempt you, I don’t know what will.