The Best Historical Places to Visit in Brescia

Brescia is among the most prominent cities in northern Italy. Close to Milan, it can be visited by a direct train route from the capital of Lombardy. The supreme tranquillity of Brescia, due to its small number of tourists, really sets the mood for some cultural exploration. Located within an extended industrial area, the historic centre is astonishingly full of impressive monuments, each with its own charm. Discover with us the most precious historical treasures in Brescia. 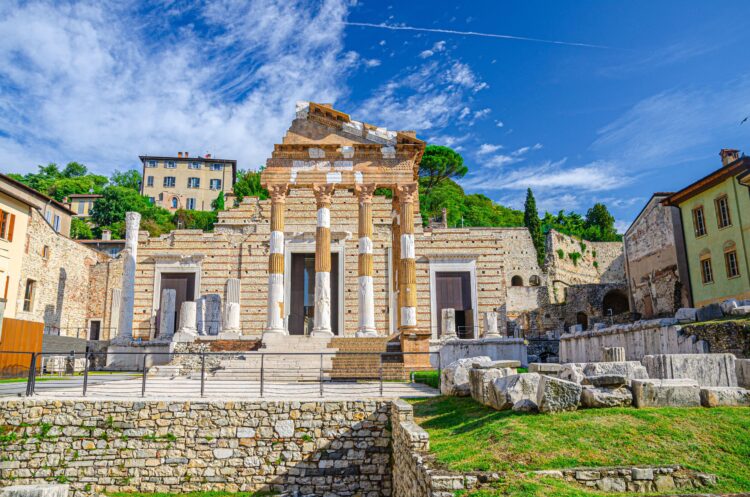 Here lies one of the oldest Roman ruins in Italy and a definite must-see. Built around 73 CE, the Capitolium was restored during the second quarter of the 20th century. It is now a fascinating archaeological site where visitors can take a look at significant, inscribed stone tablets. The temple was linked to the rest of the Roman Forum by two rows of arcades. Its original design was reconstructed in a miniature model in one of the temple’s cellae. Anyone would be captivated by this stunning, half-preserved, and half-ruined UNESCO World Heritage Site.
More Info
55 Via dei Musei, Brescia, Lombardia, 25121, Italy
+390302977833
Visit website
Museo di Santa Giulia
Museum

This museum complex is another UNESCO World Heritage Site that is absolutely worth a visit, especially when you have an urge to learn about the city’s rich history. What makes the museum special is its setting within a combination of religious buildings, including the eighth-century Church of San Salvatore, the 12th-century Church of Santa Maria in Solario, the 15th-century nuns’ choir and the 16th-century Church of Santa Giulia. Archaeological artefacts from more than 5000 years ago offer a chance to discover Brescia’s past. Monumental architecture from long-ago periods as well as beautiful frescoes, mosaics and thousands of other works of art will fascinate art lovers. 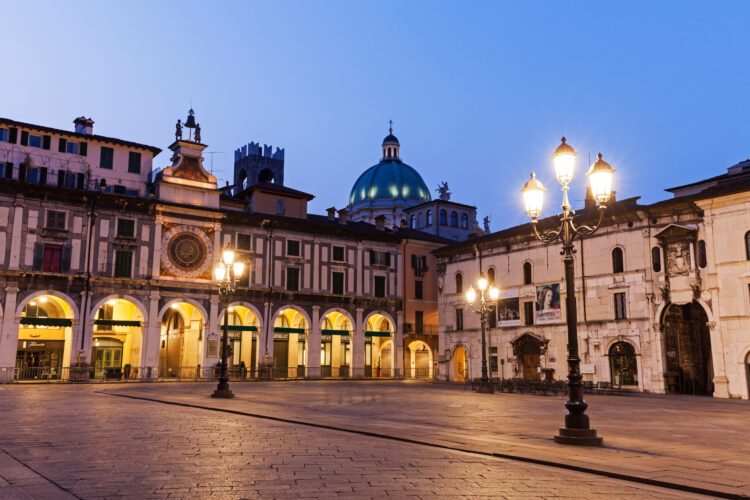 Leave behind ancient and medieval constructions, and spot Renaissance style in this gorgeous square. The wonderfully proportioned Palazzo della Loggia, which is the Town Hall today, is the most remarkable sight of the piazza. Andrea Palladio, a renowned Italian architect, was one of the supervisors of its construction in the 16th century. The Clock Tower with its mechanical clock sits in the centre of a two-story classical arcade. Zodiac signs are among the decoration on the enormous clock. On another side of the square lie the old and new Monte di Pieta. The former was built in the 15th century while the latter was finished in the following century. The ornate old Monte di Pieta showcases a graceful loggia on the ground level. The piazza is an ideal place to observe delicate Renaissance architectural details.
More Info
Piazza della Loggia, Brescia, Lombardia, Italy
Piazza Paolo VI
Architectural Landmark, Historical Landmark

Distinct religious buildings can be viewed at the same time in this square, as the old (Duomo Vecchio) and the new (Duomo Nuovo) cathedrals are positioned side by side. With a peculiarly circular shape, the old, 11th-century church generates astonishment in spite of its humble appearance. There used to be an even older basilica before this church in the same place. Possessing the second-tallest dome in the whole of Italy, the construction of the New Cathedral began in the 17th century, and it took approximately 220 years to finish. In addition to these two churches, Broletto, the medieval Town Hall, is also on this square. 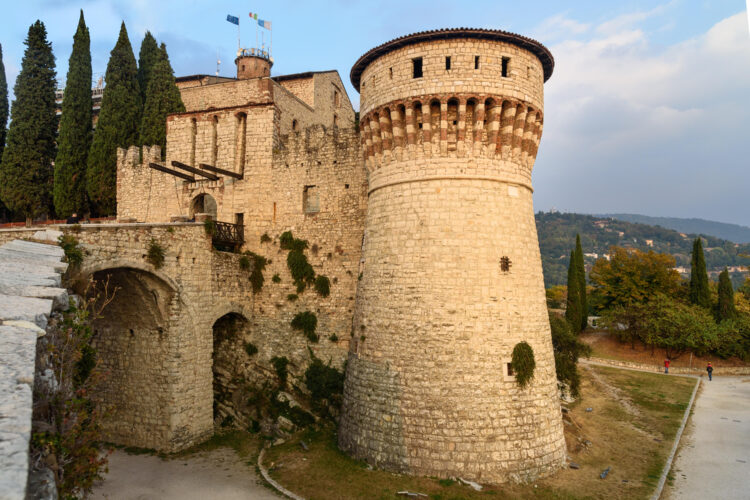 Off the beaten track, on a wooded hill, lies tranquil Brescia Castle. This site where the Romans settled is perhaps the oldest in the city. Extensions were added to the original fortress, built by the Visconti family over three centuries, from the 13th century to the 16th century. Also, a spectacular view of Brescia can be enjoyed from the castle. Nowadays, it is a major tourist attraction that appeals to museum-goers, as there are two museums: Museo delle Armi L. Marzoli and Museo del Risorgimento.
More Info
9 Via del Castello, Brescia, Lombardia, 25121, Italy
+390302400640
Visit website
Santa Maria dei Miracoli
Architectural Landmark, Historical Landmark

Like most religious Italian towns, Brescia is dominated by churches. One noteworthy Renaissance church that came after the Old Cathedral and before the New Cathedral is Santa Maria dei Miracoli. This church from the 15th and 16th century has one of the most intricate façades in Lombardy.