How to Spend a Perfect Weekend in Siena, Italy 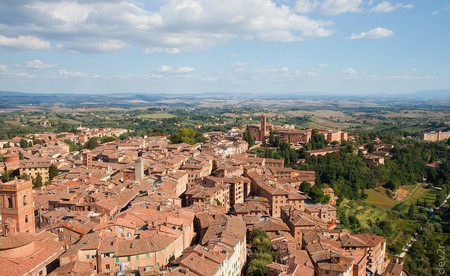 Siena is the perfect place to spend a romantic holiday with your partner, with plenty of things to see and do. Its old centre is one of the most beautiful in Italy, with narrow streets, red palaces and old churches. Maybe a weekend isn’t long enough to see everything, but in 48 hours will give you enough time to see the main attractions and fall in love with Siena.

Siena is known worldwide for the Palio, its biannual horse race which takes place every July and August. While it’s an advised event, if possible, try to avoid Siena at this time of year: prices are higher, it is too crowded and weather is rather hot. The Palio is hosted in Piazza del Campo, the main and most beautiful square in Siena. Here you’ll also find the Public Palace with its spectacular Torre del Mangia, a high tower which deserves to be climbed to admire the gorgeous views over the town and surrounding hills. 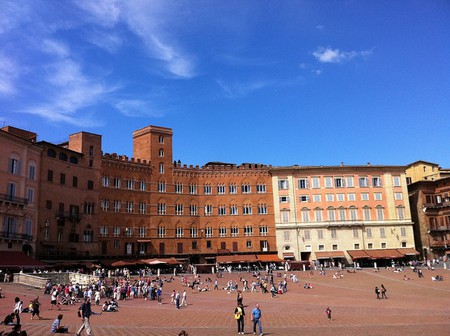 After Torre del Mangia, buy a ticket to visit the Civic Museum: remember that it’s possible to buy a combined ticket for both the museum and tower for 13€. Take your time to admire the artworks and frescoes, such as the The Allegory of Good and Bad Government by Ambrogio Lorenzetti, the most famous Sienese painter of all time. 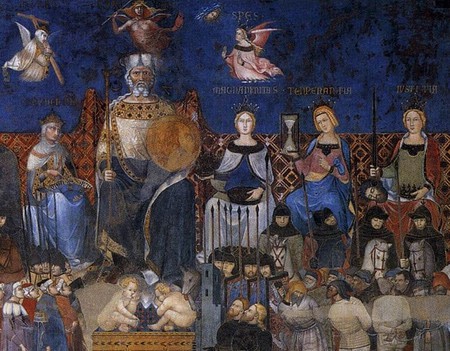 Now it’s time to rest your feet. After these visits you really deserve to relax and taste some of Siena’s delicacies. Piazza del Campo has plenty of bars and restaurants which offer typical Tuscan food. Choose one of them and order pici pasta, a kind of pasta only created in Siena which looks like spaghetti but bigger. Order also a glass of Montepulciano, a red wine produced in the nearby town of Montepulciano, to enjoy with your dinner. 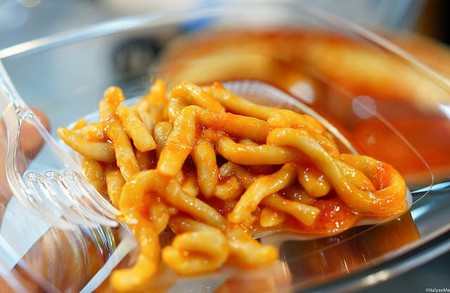 Siena is a fabulous city with a strong sense of identity. It is split into 17 neighbourhoods, all with their own names, flags and traditions. The old town holds many architectural treasures, and, besides Piazza del Campo, there is another place that you can’t miss during your weekend: the Cathedral of Santa Maria dell’Assunta. This Italian Gothic masterpiece is one of the most beautiful churches of Italy. Not only is its polychrome marble façade absolutely stunning but inside it preserves unique pieces of art, such as the frescoes on the ceiling, mosaics and the Piccolimani library, dedicated to Pope Pius II with works by Pinturicchio and Raffaello Sanzio. 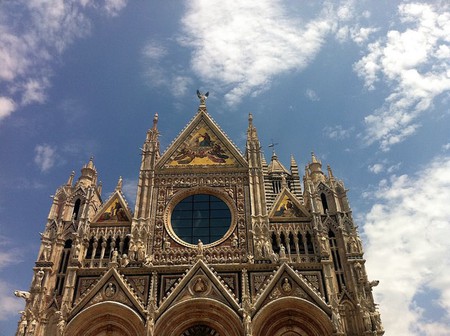 If you want to get out into nature, rent a car and head south. Siena is located in one of the most impressive areas of Tuscany, surrounded by olives, cypress trees, vineyards and ancient hamlets that can be discovered in few hours. It is also possible to spend some time in a thermal resort: Siena is surrounded by many natural hot springs and spas. Choose one of them and spend some time relaxing. 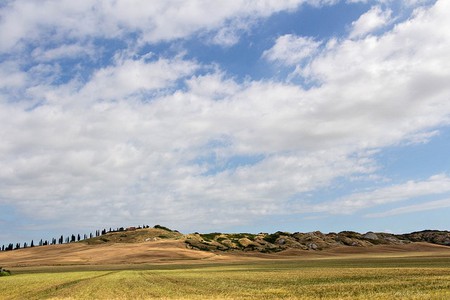 Crete Senesi | ©Mirella/Flickr
Give us feedback