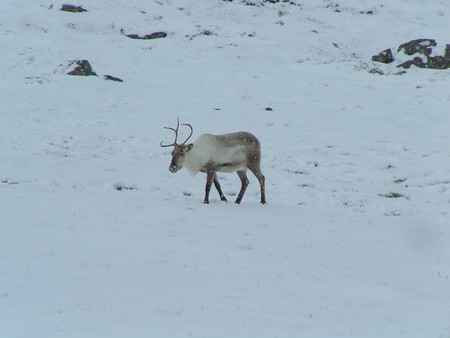 Reindeer up on the pass to Egilstadir | © Tristan Feme / Flickr

Egilstaðir is the capital of East Iceland, located on the ring road, with a population of 2,300 (as of 2011). The village is located on the banks of the Lagarfljot river in a wide and fertile valley. The village features the only airport in the area and so has become the transportation hub, but the village also has a college, an annual jazz festival, and a health club. If you find yourself there, take our suggestions for the best ways to take in all that it has to offer.

Salt Café and Bistro is an Icelandic family-style restaurant-meets-French-bistro located in the center of town. Café Nielsen is in the town’s oldest building from 1944. Here, you can find great seafood as well as reindeer. The area of Egilstaðir is actually the only place in Iceland where there are free-roaming herds of reindeer. 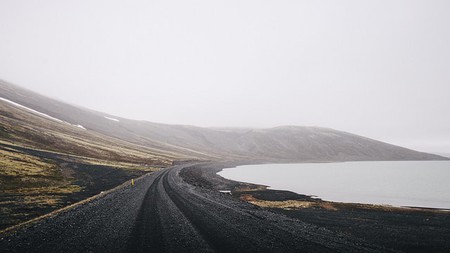 JEA Jazz Festival was founded in 1988, which makes it Iceland’s oldest jazz festival. The festival has featured many internationally known artists such as Larry Carlton, James Carter, Beady Belle, Finn Ziegler and Svend Asmundsen, as well as many local Icelandic jazz musicians. It takes place in late September each year.

Visit the East Iceland Heritage Museum, founded in 1943, with the aim to collect and preserve the history of the town’s society and everyday life. The museum also features a rotating exhibition series with a variety of topics related to the area. Currently on view, for example, is a reindeer exhibition that explores the ways in which reindeer contribute to the environment and are connected to the region’s history and culture with examples of reindeer-derived arts and crafts.

Visit the Slaughterhouse Cultural Center, a theatre and dance-focused establishment founded in 2005. The center offers all kinds of art-related activities such as lectures, workshops, performances and exhibitions with a close connection to local schools. Located in a former slaughterhouse, it also includes an artist residency, workshop and sound studio. 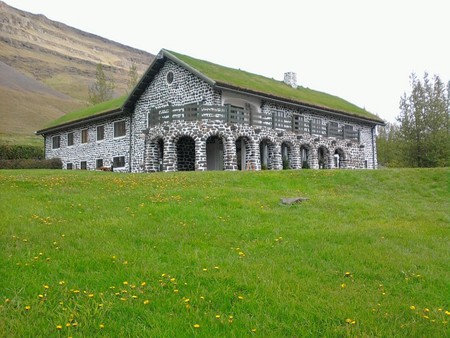 Skriðuklaustur is an ancient manor estate that operated as a monastery from 1493–1552. Between 2002–2012, an extensive archaeological excavation revealed the cloister ruins, which are now open to visitors. The writer Gunnar Gunnarsson (1889–1975), the first Icelandic writer to have a film based on his work, bought Skriðklaustur in 1939 and built a large house there designed by the German architect Fritz Höger. The writer grew up in the area around Egilstaðir but moved to Reykjavík in 1948 and donated Skriðuklaustur to the Icelandic nation. In 2000 the Institute of Gunnar Gunnarsson turned Skriðuklaustur into a center for culture and history with various exhibitions and guided tours for visitors during the summertime around the house and the archaeological site.