The Best Art Galleries And Museums In Pécs, Hungary 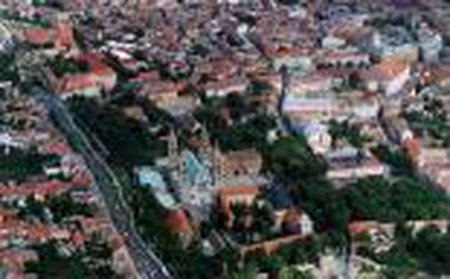 Pécs, known as “the borderless city,” boasts 2,000 years of Hungarian history. Declared a UNESCO World Heritage Site in 2000 and the European Capital of Culture in 2010, it’s no surprise that the city is home to a vivacious cultural scene, complete with some must-visit exhibition spaces. 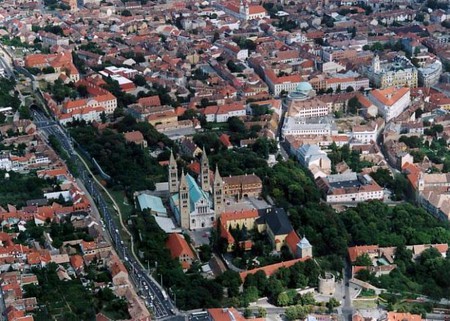 Set in a Baroque-style country house, the Gallery of Modern Hungarian Art is home to over 12,000 masterpieces from the 20th century’s Hungarian modern art movements. Representing an outstanding collection from the modern, postmodern, avant-garde and neo-avant-garde era, with internationally acclaimed names as Rippl-Rónia, Tihanyi or Gulácsy, the museum is justly among the top modern galleries not only in Pécs, but also countrywide. The permanent collection marks over 50 years in Hungarian art in chronological order; however, visitors are welcomed to wander freely. 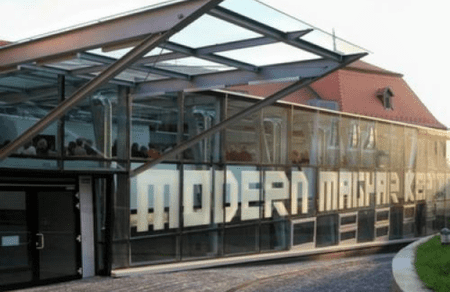 The Csontváry Museum is exclusively dedicated to one of the most significant Hungarian avant-garde artists, Tivadar Csontváry-Kosztka (1853-1919). The museum is set in a neo-Renaissance building, which, besides the Hungarian National Gallery in Budapest, holds the greatest selection from Csontváry’s works. Csontváry worked as expatriate artist and put on successful exhibitions in Paris and other European cities. The museum, which opened in 1973, represents the artist’s exceptional collection of works from different creative periods; starting with his early etchings through to turn of the century paintings, including the iconic and outwardly metaphoric self-portrait The Solitary Cedar. Csontváry, who originally graduated as a pharmacist, was confidently painting landscapes, biblical and historical themes in his unique style. 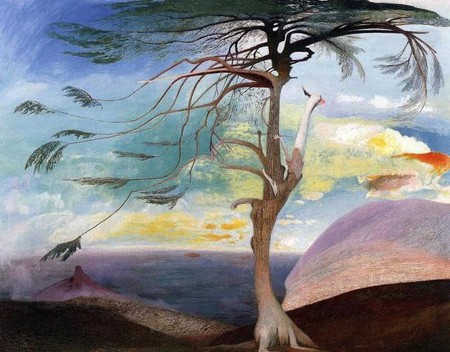 Victor Vasarely’s works are recognized internationally, but his origins aren’t so well known. He was born in Pécs in 1905 and left for France in the 1930s, where he stayed until his death in 1997. The Vasarely Museum came to life when the artist left 42 silk-screened works to his hometown, by which a permanent collection of his work was built starting in 1976. The collection has continued to expand, including acquired works by Mirelett, Hans Arp, Uecker, Schöffer, as well as creations made by Vasarely’s wife (Klára Spinner) and son (Jean-Pierre Vasarely). Vasarely was a groundbreaking op-art artist, who was inspired by analytical-geometrics and versatile structural concepts, from which he pioneered his unique art style. One of his most iconic creations, The Zebra (1930) is also displayed at the Vasarely Museum. 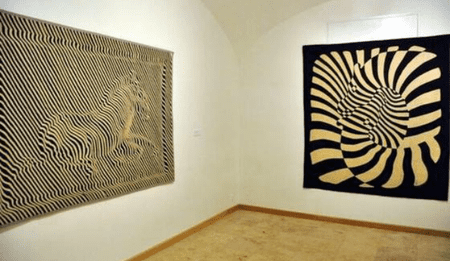 The Ferenc Martyn Museum is dedicated to Ferenc Martyn, a leading figure of the Hungarian non-figurative art movement. After serving in the army during World War II and traveling across Europe, Martyn moved back to Pécs, where he worked until his death in 1986. The versatile artist left exceptional paintings, graphics and sketches behind, alongside his distinctive sculptures. He was celebrated during his lifetime, earning the highest Hungarian honors. The museum was reopened in 2011. 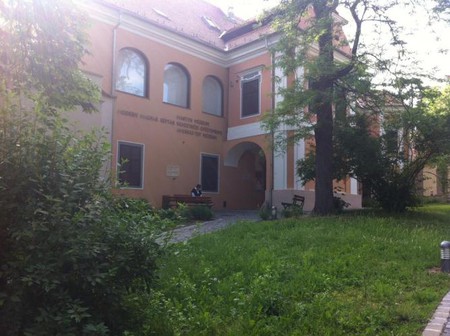 The Erzsébet Schaár Museum is modern to its core. The museum was designed by István Janáky in a postmodern style, and displays the last immense work of the prominent artist, Erzsébet Schaár (1908-1975). The original works were exhibited in Lucerne in 1975, and carefully reconstructed in Pécs in 1991. The exhibition entitled The Street literally represents a path, which could be seen as independent sections or as one coherent whole. The artist elaborates the space-person, space-time relationship, where portraits of well-known Hungarian artists hang alongside the symbolic objects such as chairs and mirrors. 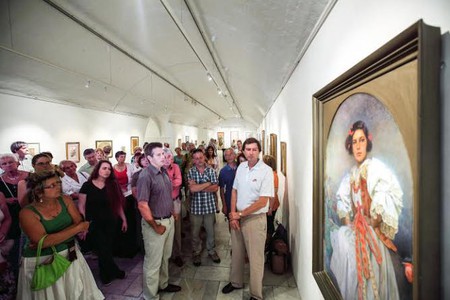 M21 Gallery Interior | Courtesy M21
Part of the Zsolnay Cultural Quarter, the Pécsi Gallery is a landmark venue in the city’s art scene. It displays the best local and international contemporary artists, as well as providing a home to the exhibitions accompanying the city’s annual cultural festivals. The Gallery also hosts the final exam works of the city’s Art University graduates, to assist emerging artists and ensure further experimental works. . The Gallery is the most dynamic site of Pécs, putting on 30-40 temporary exhibitions on art, graphics, architecture and design.
Open In Google Maps
14 Széchenyi tér, Pécs, 7621, Hungary
+3672210436
Visit Website
Give us feedback

The modern, spacious M21 Gallery, which opened in December 2010 with the inauguration exhibition of graphic artist Sándor Pinczehelyi. The gallery mixes traditional and contemporary programs. From 2013, the gallery has displayed a successful exhibition series of the works of local artists. The current exhibition, which displays the works of 60 established international artists, elaborates on the problem of nationalism from an Eastern European perspective, outlining the importance of multicultural symbioses as an alternative for conflicts. This exhibition is part of a regional project introduced in Prague, Dresden, Berlin, Kosice, and Pécs.

Nick Art & Design is located in the city center, set in a stylishly renovated historical building. The venue is home to exhibition and workroom sites. Established in 2010, Nick Art & Design showcases monthly solo and joint exhibitions from the works of recognized local and international artists. The gallery’s vision was to sustain the cultural atmosphere achieved during the year that Pécs was voted the “European Capital of Culture,” and to serve as an experimental artistic hub for local emerging artists. Thanks to its varying exhibitions, accessible location and exciting cultural events, the gallery clearly achieved its mission, and by 2014 it became Pécs’s internationally acclaimed contemporary art spot. 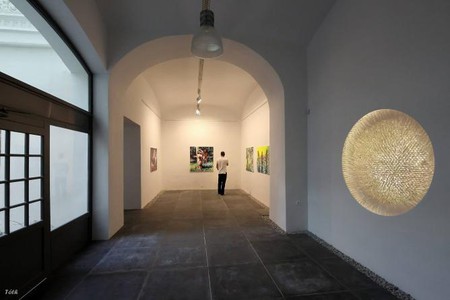