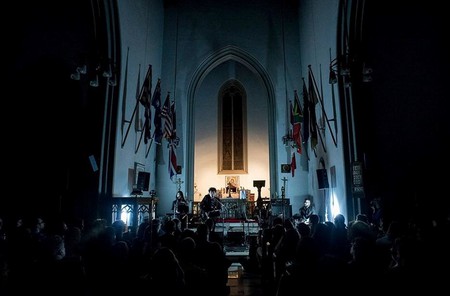 Athens, like many vibrant cities across the world, boasts a collection of concert venues and music halls where you can enjoy live performances and music gigs from every genre you can think of. Whether you love jazz, rock, heavy metal or the traditional notes of rembetika, there is always something happening in the Greek capital. But for the second year now, a 19th-century venue has been selected to host a series of concerts, thanks to its fantastic acoustics.

Held monthly for the second year in the stunning St. Paul Anglican Church in central Athens, the St. Paul’s Sessions are a series of live concerts produced by Groove Productions that are meant to showcase musicians and artists from the modern classical world, along with others. The lineup also features some of the best electronica, ambient and experimental artists to date. In a city where people often complain that there are not enough live performances to attend, this little diamond of a concert venue is a refreshing surprise.

And thanks to the success of the first edition that featured artists such as Moa Bones, Cayetano, Julia Kent, and Tim Hecker, the project has been renewed for a second year and includes Federico Albanese, The Man From Managra, Laurel Halo, and Jlin. But the secret of the St. Paul’s Sessions not only lies in the uniqueness of the venue but also in the fact that these concerts often include a second performance for the same artists the next day to ensure that as many people who want to attend can do so.

This innovative idea of using a church as a venue for concerts, a first in Greece, came when Groove Productions’ co-organizer and co-owner Andreas Biolaris studied in Amsterdam. At the time, he would sometimes attend concerts in churches, and when he met his partner in crime, Dimitris Dimopoulos, they decided to start the idea in Athens upon their return.

The choice of the venue, St. Paul’s Anglican Church, is not by chance either. In this stunning 19th-century church where so far only classical music concerts have taken place, the acoustics are fantastic and allow for a real sensory experience. The church, consecrated in 1843, is the oldest foreign church in Athens. Since that time, it is a place of worship and a hub for cultural activities for the English-speaking community in the city and visitors. The church owns the oldest pipe organ in Greece, which was installed on the premises in 1901. The church even organizes organ concerts every year in the spring, and the event has received awards for “outstanding quality, as well as making a significant impact at the local, national and international level.”

Happy with the idea that non-church goers would come to enjoy live music performances, the church is very supportive and has established a few rules, such as the concerts not lasting past midnight. Thankfully, the public is also very conscious and respectful of the space. And this is what contributes to the success of this venture. In fact, St. Paul’s Sessions have been renewed for a third season. If you are interested in attending one of these unique concerts, check out the website since the first artists will be announced after the close of this year’s edition. But make sure to hurry as the tickets quickly sell out. 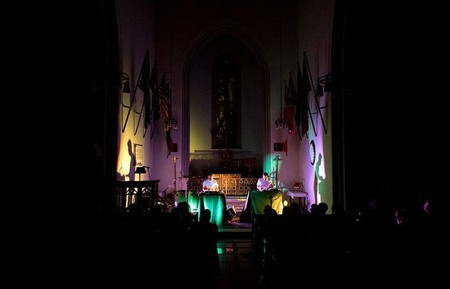