Why The Breeder Is Athens’s Most Influential Gallery 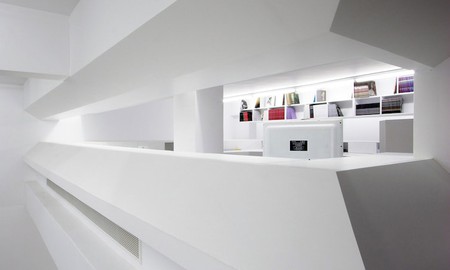 Culture Trip explores the history of The Breeder Gallery in Athens and the impact it is having on the Athenian art scene today.

The Breeder Gallery is one of Athens’s most exciting cultural platforms. Co-founded by George Vamvakidis and Stathis Panagoulis, the gallery originated from The Breeder magazine. The gallery started in 2002 as a means of generating international attention for Athenian artists and has since evolved into a leading cultural voice with global influence. In spite of the city’s rich history, there are few other contemporary art galleries of The Breeder’s stature. The National Museum of Contemporary Art (EMST), which opened in 2000, closed in 2003 and only opened its doors again in 2016. Meanwhile, institutions such as the Benaki museums or The Museum of Cycladic Art frequently offer contemporary art exhibitions, yet their focus is mainly on exhibiting their vast historical and ancient collections – and rightly so. On the other side are initiatives – such as Neon – that take over spaces in Athens for different exhibitions. None has managed to sustain and build upon a forward-looking, dynamic program for as long as The Breeder, and certainly not as one gallery.

Innovation and initiative are in the gallery’s DNA. The Breeder moved to its current home in Metaxourgio in 2008. The building was a former 1970s ice-cream factory, which was reimagined by architect Aris Zampikos. The redesign saw Zampikos gain an award from the Hellenic Institute of Architecture, and it’s easy to see why. To get into the gallery, you have to push an imposing metal door. Inside, the space is minimal and stark. Heavy, concrete stairs are free-floating with black railings, and the design is mainly continuous and an open plan. The interior contrasts vividly to the landscape outside of the gallery doors, offering a world within a world.

While the area has in recent years seen a host of new spaces open up, 10 years ago it was not considered the exciting creative hub it is today. Metaxourgio remains Athens’ red light district. In spite of the pink walls that denote the brothels, there isn’t a great sense of romance associated with the area. Nor is it a tourist destination. But increasingly, young artists are opening studios and working nearby to the gallery, bringing with them a new creative economy. The early commitment to the area represents a deep-rooted investment in the cultural life of the city, to nurture and support areas of Athens which need it most. A gallery first and foremost, The Breeder also represents the coming together of a creative and cultural community.

Since the economic crisis and the ensuing austerity measures, the role of The Breeder within the Athenian art world has become more pivotal than ever. ‘Following the Greek financial meltdown in 2009 and the subsequent economic depression and social crisis, the gallery overtook the task to dynamically promote a dialogue, political, social and creative between Athens and the rest of the world,’ Nadia Gerazouni, director of The Breeder, tells me. ‘The economic crisis in Greece shifted the establishment and made room for a lot of changes, but at the same time it degenerated the financial support system that the local artists had through private collectors and the market for their work.’

Recent exhibitions such as Athens and Its Periphery have explicitly examined the shift in the Greek art scene, with the aforementioned exhibition drawing comparisons between New York in the 1970s and Athens today – not, one should note, with Berlin. Last year the exhibition Si Sedes Non Is, curated by the director of the Fiorucci Art Trust, saw artists such as Enrico David, Camille Henrot and Maria Loboda performing and exhibiting work around the theme of Discordianism at The Breeder. The 1960s pseudo-religion reportedly takes inspiration from the Greek goddess of chaos, a fitting theme for a city in the throes of uncertainty. A commercial gallery, The Breeder’s ability to show dynamic exhibitions such as these is crucial to fuelling the creative energy and buzz of the city.

Notably, the opening of Si Sedes Non Is coincided with the launch of Documenta 14. While bringing international attention to Athens, there was also a feeling amongst some local creatives that the event, which ran from April to October 2017, colonised the city without giving proper space to Greek talent. In spite of bringing international artists to Athens, The Breeder has always maintained a core commitment to promoting national and Athens-based artists.

‘In recent years, the term “Athens-based artist” has become more relevant than ever,’ explains Nadia. ‘Athens is rapidly becoming a hub for artists, curators and creative people from all around the world, and the result is that the Greek scene is becoming truly international.’

Currently on show is Navine G. Khan-Dossos’s exhibition Shoot the Women First. Her show considers the idea of women as targets, informed in part by the history of the local area. Later in the year sees the opening of Athenian collective Arbit City’s new show, Oil Gargles. They’ll take aim at the Greek shipping industry. Simultaneously to representing Greek artists at home, the gallery regularly represents its artists abroad, including Sofia Stevi, who is showing at BALTIC in the UK. Another Breeder artist, Zoë Paul’s first solo show opens later this year at SPIKE island in Bristol.

While the scene may now be changing, the goal, Nadia adds, will always remain the same: ‘to promote contemporary Greek artists in the big art centres of the world, and at the same time to showcase cutting-edge contemporary art in our Athens gallery for the Athenian public.’