Welcome to Exarcheia, a Playground for Athens’ Anarchists 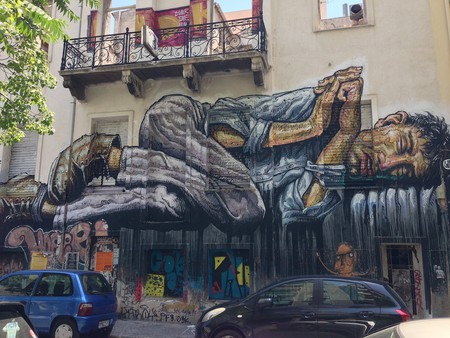 Tucked between the posh district of Kolonaki and the National Museum of Archaeology, Exarcheia is known as a popular student area in the Greek capital. It is the epicentre and playground for not only anarchists but also socialists and anti-fascism activists; it is a neighbourhood that cops don’t dare step foot in and tourists hardly visit. However, there is more to Exarcheia than meets the eye.

A historical stronghold during the dictatorship of the colonels in the 1970s, Exarcheia is an alternative district in central Athens, one based on solidarity, exchange, direct democracy and self-management. Bordered by the National Technical University of Athens (Athens Polytechnic), the area has a resolute bohemian and arty vibe. Its streets, lined with cool bars, alternative cultural centres, bookstores, small artisan shops and publishing houses, are typically decked out with colourful street art that depicts the area’s history. 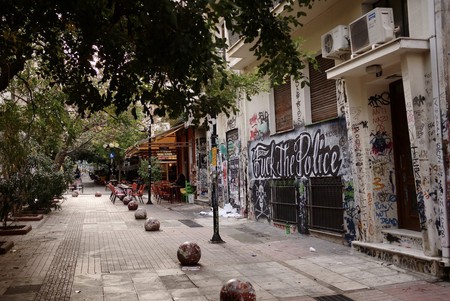 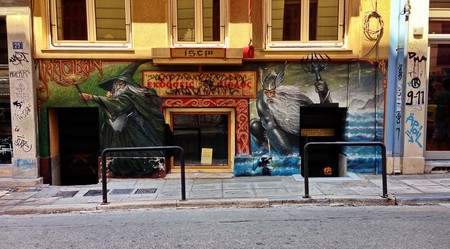 In fact, Exarcheia has a long-lasting tradition of resistance. It was there that the great demonstrations of 1973 took place; the tanks of the military junta crashed into and broke down the gates at the Athens Polytechnic, where law students barricaded themselves to protest the dictatorship. The resulting uprising actually brought about the fall of the government. 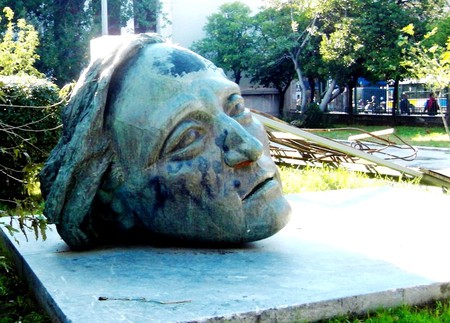 Sculpture of the head of a youngster that is located at the entrance of the NTUA, commemorating the 1973 uprising, by sculptor Memos Makris | © Zimina / WikiCommons 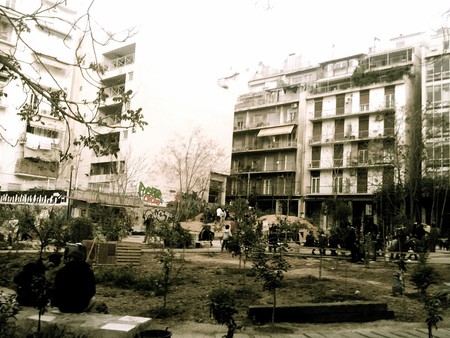 A former parking lot, squatted and transformed into a neighbourhood park by a grassroots citizens’ initiative in Athens, Greece | © David Barrie / Flickr

More than anywhere else in Athens, Exarcheia is a place where the people speak and are heard. Self-managed community centres are common, providing places where anyone can follow free language classes or yoga sessions, learn how to play guitar in exchange for knitting classes, eat on the cheap or attend a cultural gathering. Activists turned a plot of terrain destined to be a parking lot into a park and playground. Derelict buildings become squats or places to welcome refugees; locals and activists help with the cleaning and cooking and even take turns being a night watch after someone – reportedly far-right activists – set a squat on fire.

In this somewhat utopic neighbourhood, students, artists and intellectuals, immigrants, shop owners, families and the elderly manage to live together more or less peacefully. In recent years, however, the area made headlines when, in 2008, a policeman shot 15-year-old Alexandros Grigoropoulos, causing riots and clashes between students and anarchists and the police for several weeks. Some say that even the older residents were seen throwing flower pots at the police from their balconies.

Today, the neighbourhood where people dared to say ‘no’ to the authorities is undergoing gentrification. The growing number of Airbnb rentals in the area is just one example. Exarcheia is a cool place to live in, and perhaps this is a good thing. And despite this recent demographic change, it is certain that the spirit of solidarity and resistance so dear to its residents will live on for decades. 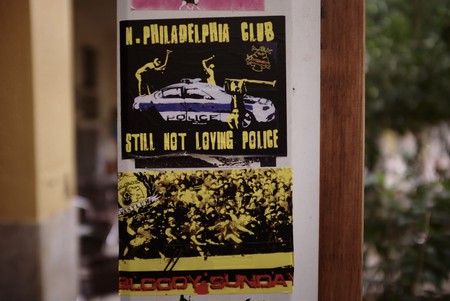 Poster in Exarcheia | © Nicolas Vigier / Flickr
Give us feedback