Skateboarder Billy Gee on the Start of Street Art in Athens 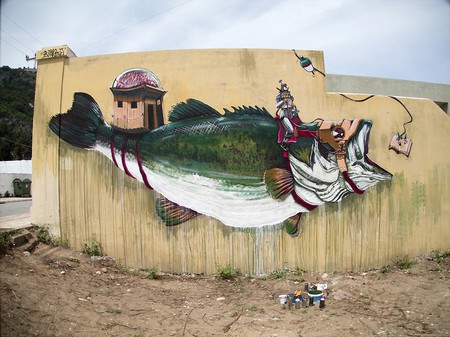 Billy Gee is a skateboarder and graffiti artist who started working on the streets of Athens long before the city gained its reputation as Europe’s graffiti capital. Culture Trip met up with Billy to talk about the origins of the graffiti scene, skateboarding and the cultural landscape of Athens today.

If you believe the international media, the graffiti scene in Athens is a direct result of the economic crisis in Greece, a rebellious way of expressing disenfranchisement and frustration with the system. However, street art has a rich history in Athens that dates back to the early 1990s. It evolved along with the rise of the skate scene in the city, which is now equally ingrained in popular culture. In a similar way to the scene in New York, the culture of Athens directly changed as a result of this counter-culture. One of the original adopters of both is acclaimed skateboarder and street artist Billy ‘Gee’ Griparis.

Skateboarding wasn’t a known or mainstream activity in Athens, but when he started there was already a small group practicing in the city. ‘When I started skating it was something that was really unbelievable to a lot of people around me,’ he said. ‘Skateboarding was considered cool but beyond that nobody got it.’ Meeting this wider group opened Billy Gee up to a new realm that not only included skateboarding, but graffiti too.

‘I saw these three people who had been chilling in the same skate spot and they were from Paris but based in Athens. They had a graffiti magazine and I was really interested. One of the guys said that I could borrow it and give it back in a couple of days.’ Billy tells me of his first encounter with the medium. ‘We didn’t even really have spray cans in Athens.’ 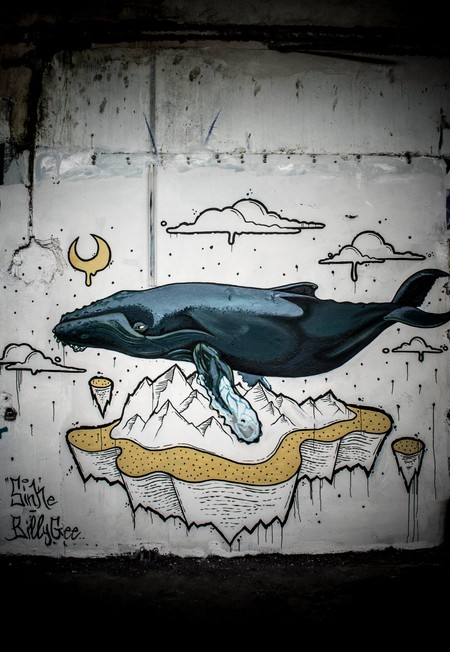 He continues: ‘When I read the magazine it was the same feeling that I had when I saw skate films from New York: “How do you do that!?’’ It was incredible to see what people could do with a spray can.’

It’s hard to imagine Athens as a pristine city but, Billy tells me, during the 1990s the landscape was very different. ‘In Greece in the ’90s, wherever you went there was so much marble, which made it a paradise for skaters.’

Introducing a new kind of creative culture to a conservative and affluent Athens had its challenges though. ‘Athens in those days was super clean. [Doing graffiti] was more hardcore. The police and the people didn’t understand what we were doing, they’d think we were were anarchists and hooligans.’

To listen to Billy talk about how he and his friends would make the paint and markers last for a year because they were so excited to have them, it’s hard not to feel a sense of romanticism about how they brought something genuinely new to the city. They essentially had a whole untouched landscape at their fingertips. It’s no wonder he remembers the era so fondly.

The evolution of graffiti and skateboarding also coincided with a boom in Athens’ hip hop scene. Counter cultures merged. People dressed differently too, embracing baggy pants and hoodies from America. ‘People looked at us and thought we were too American with our baggy pants and whatever. There was a big anti-American sentiment.’

‘It was all a little bit risky. You didn’t know what or who you were going to bump into. It was kind of like New York,’ Billy explains, noting that the differences between the new culture and traditional Greek culture became contentious.

‘Around 1992 and 1993 we’d go and see a concert and then afterwards we’d go out and do graffiti. There would be like 40 people. It was about creating a culture. The trains started at Kifisia, and then at every stop more and more people would get inside. By the time I’d get on it would be full of people heading to the same place. Everyone would be tagging and stuff like this.’

The height of the collective counter culture reached its peak in 1999 when a big festival in Thissio brought some of the best artists over from America. The event also hosted DJs, musicians and even had a small ramp for skaters and BMX riders.It was the first manifestation of the new culture they had created in Athens.

At the same time, Billy was also making it as a professional skate boarder, travelling around Europe and building an exciting career. He has worked and skated for the likes of Carhartt, Red Bull, Vans and MTV, and played a central role in spreading skate culture in Greece. 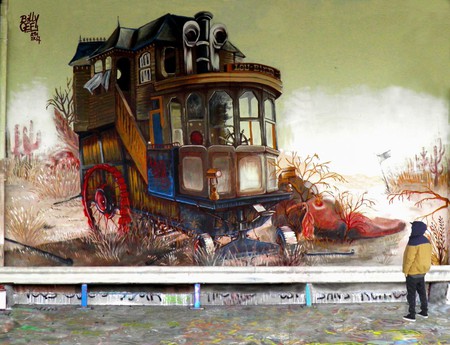 His new style forms the basis of his aesthetic today, with big illustrative paintings that are bright, bold and thoughtful. One of his most iconic images in Athens is the portrait of Loukanikos, a local dog who was known as the ‘riot dog’ because of his presence on the front line during the first wave of anti austerity riots.

‘I was with that dog every day in Syntagma Square because it was with the skaters. He was so cute. And when I was away in Belgium for work I found out that he’d died. This dog was in the riots, and he was breathing in a lot of shit that got thrown for the people. It’s cancer you know. I heard that he had gone and I said “when I go back to Greece I want to paint something for him”.’

The work went viral, and spoke of the power of public art to unite a community and express emotion in a democratic and communal way. The start of austerity in Greece also saw more and more graffiti and street art being produced by local artists. It was a means of protesting and holding political figures to account, as well as having fun and being creative.

As testament to the impact that the street art scene was having on the residents of Athens, and how it was shaping the city’s reputation internationally, the Onassis Cultural Centre organised the exhibition ‘No Respect’. The show included some of the most dynamic street artists at the time. 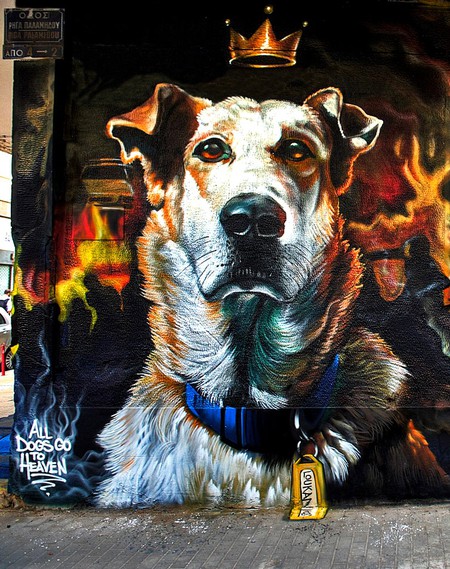 ‘After that street art went BOOM in Athens,’Billy explains. The result is the landscape that you have today, where graffiti and street art is fetishised and fashionable. It’s just one of the reasons that Athens is talked about as the ‘new Berlin’. In areas such as Exarchia you’re likely to see as much graffiti in English as you are in Greek. Instagrams of graffiti and street art abound, and many new artists have come to Athens to work here.

‘We never say we are closed culturally, or you can’t get in,’ Billy Gee comments, stressing that he believes the street art scene should remain open and inclusive. But, he finds it frustrating that some people use it for self promotion rather than to engage with the community. ‘You have to be true. Don’t be fake.’

‘Street art is not for galleries, it’s for the public,’ he adds, emphasising the need for the medium to remain accessible and local. ‘Graffiti is the last thing in art to be a revolution. You put your idea on the wall. That’s it.’